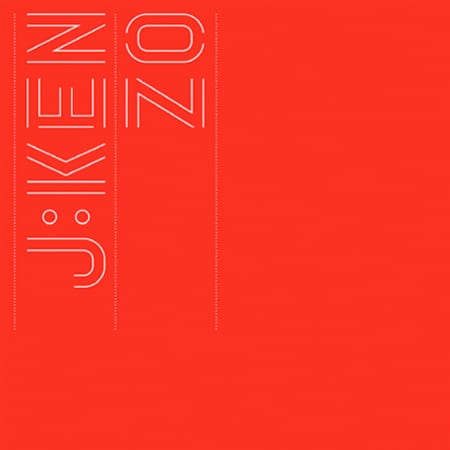 J:Kenzo’s status as one of contemporary dubsteps leading authorities was certified earlier this year, occupying the 2012 slot at FWDs prestigious birthday party. After releasing a string of successful singles, his self titled debut LP drops this week on seminal dubstep label Tempa. On this album, J:Kenzo has largely taken dubstep back to its bare bones, eyes-down-hoods-up phase, in spirit and tone at least. Aesthetically, however, the album feels augmented, its circa 2005 sound given a synthetic update, hybridized by techno influences.

Opener ‘Statement of Intent‘ speaks for itself. A blueprint on which the album largely rests, It’s smoky atmospherics and haunting keys create a sharp, distant tone on which the album subsequently builds. But that’s not to say the thematics don’t lurch from time to time. ‘Eyes Wide Open‘ is a classic dubstep pop song, one with plenty of crossover appeal. It manages to avoid the canned cliches that most commercial dubstep tracks propagate today, The Fix’s vocals deft and pensive. Honestly, It’s enchanting, and if the charts are indeed on J:Kenzo’s mind, he could much worse than this effort. Grime is also flirted with, Newham Generals’ Footsie spitting over the stripped back ‘No Man’s Land’. Despite these additions, the albums most significant moments arise when its producer takes us back to square one.

Tracks like ‘Contagion’ wouldn’t have sounded out of place at the first few FWDs – it’s skeletal structure reinforced by some truly sinister bass movements. Despite the bludgeoning material the album concerns itself with, J:Kenzos clean, enveloping production style remains and a focus on controlled, composed intensity is the result. On tracks such as ‘Bodyheat’ and ‘Ironclad’, there’s a machine-like aesthetic, cold and detached, immovable. This is further realized in Reconstruct, which provides a groggy techno beat that does well to break up the more traditional ‘steppers tempo which sandwiches it.

That said, J:Kenzo’s debut is an album that seems largely for converted followers. It doesn’t expand the genre in the same way a Mala in Cuba does, nor does it contain the sheer strength in depth that New Epoch can lay claim to. Instead, Tempa’s 67th release recaptures the essence of the original sound, providing it with some stylistic refreshment along the way. It succeeds in rejuvenating whilst never really opening up its boundaries.