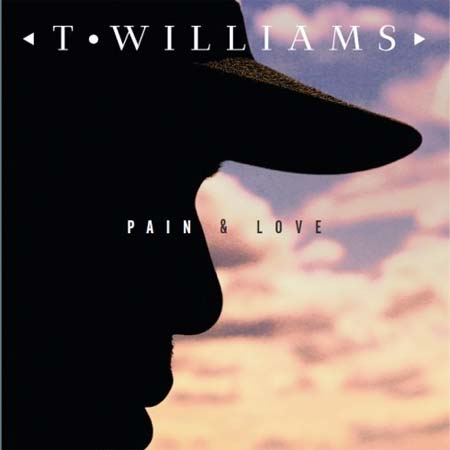 Located at the heart of the UK’s genre-melding house scene, T.Williams’ releases over the past few years have marked him as one of the most talented and sophisticated producers around, consistently offering tracks that hit hard on the dancefloor while rarely aping the styles of those around him. So it will come as no surprise that Pain & Love, his PMR debut, is a stylish and brutal cross-section of the scene, offering four tight deviations of the UK house spectrum while dipping his fingers into the tropes of garage, funky and rnb.

Opener Moving Fast is the dancefloor killer here, all needle-sharp synth stabs and earworm vocals that compliment rough garage beats to create a jumpy monster that’s already being played out extensively in the clubs. Never one to repeat his successes, he offers a refreshing range of sounds across the EP. Can’t Get Enough is quintessential T. Williams, and that’s definitely not a bad thing. More low key than the opener, this is a sensual burner that drifts on bouncy bass snips with sharp hi-hats and snares. Himal’s vocals add a great hook, and the subtle introduction to the second drop is a particularly satisfying moment, the whole track dropping away momentarily before rebuilding in stylish fashion, speeding up the hard-as-nails kick drum to the mix for the breakdown.

All this leads abruptly into B-side banger Quote On Quote Bass, where a venomous bass crush reigns supreme over synth squiggles, sure to get the bodies moving. You’d be forgiven for thinking at this point that T. Williams has a taste for the rougher side of UK dance, and you’d be mostly correct. But Williams pulls out a canny showstopper for gorgeous final track Think Of You, where Tendai’s strong RnB vocals hold attention over soft keys and the strong groove supplied by snappy drum patterns. The final track has a special quality that will ensure heavy play over the end of the year, occupying that special place where a dance track nears the anthemic, and closing out an impressive and varied EP that shows T. Williams is as on form as ever.