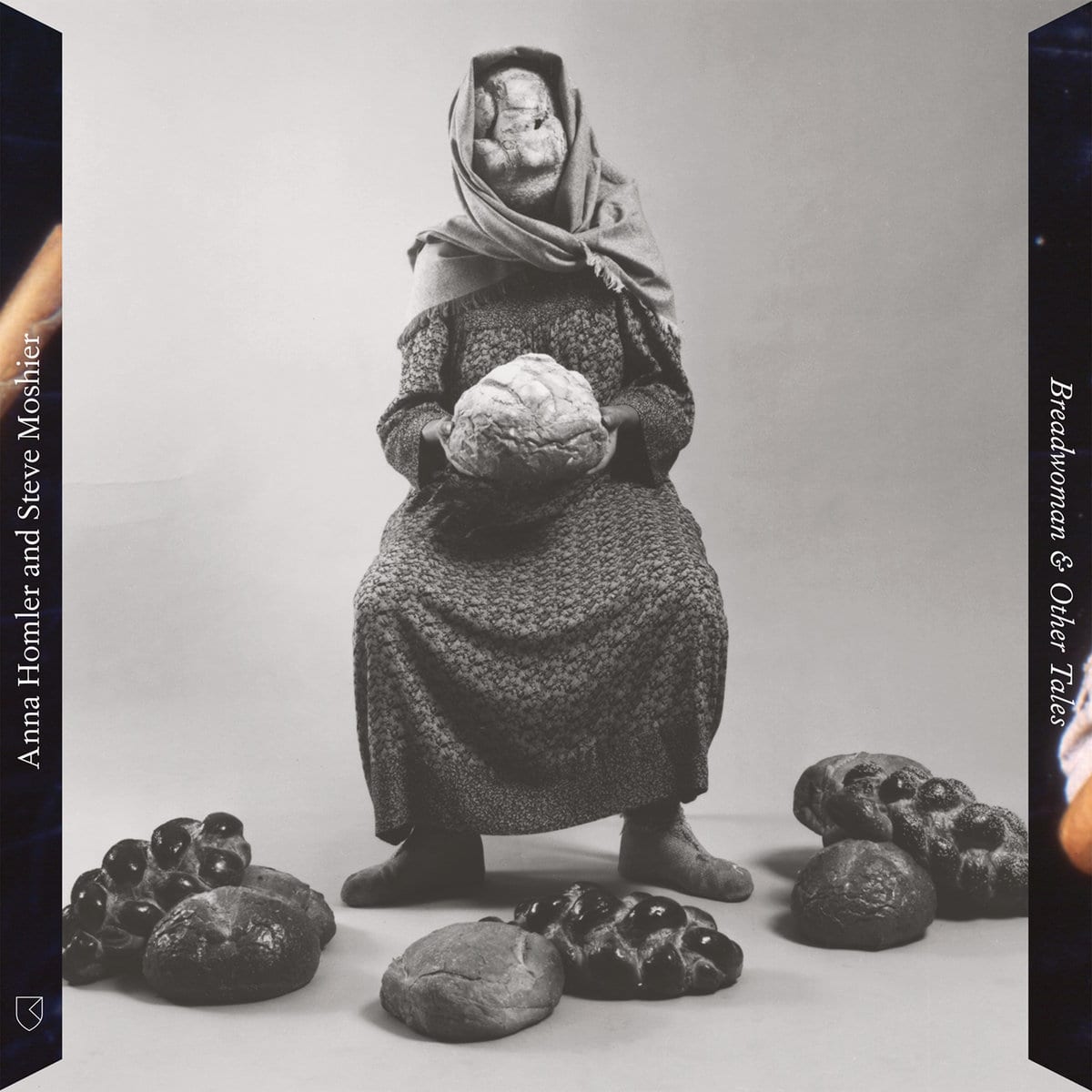 Breadwoman and Other Tales is a potent document of a time an artist could shroud themselves in mystery, creating an entire mythology, it was close to impossible for anyone outside of their immediate ‘scene’ to penetrate. The pre-internet era when finding information on those behind the art took serious dedication, but the independent label movement and affordability of recording allowed curiosities to get recorded and distributed.

The album’s dense concept could overshadow it, yet the songs themselves give humanity to Homler’s bread fuelled fantasy world. First released in 1985, the collaboration between conceptual artist Anna Homler and experimental composer Steve Moshier took a piece of performance art out of the gallery and translated it to a permanent, universal medium. 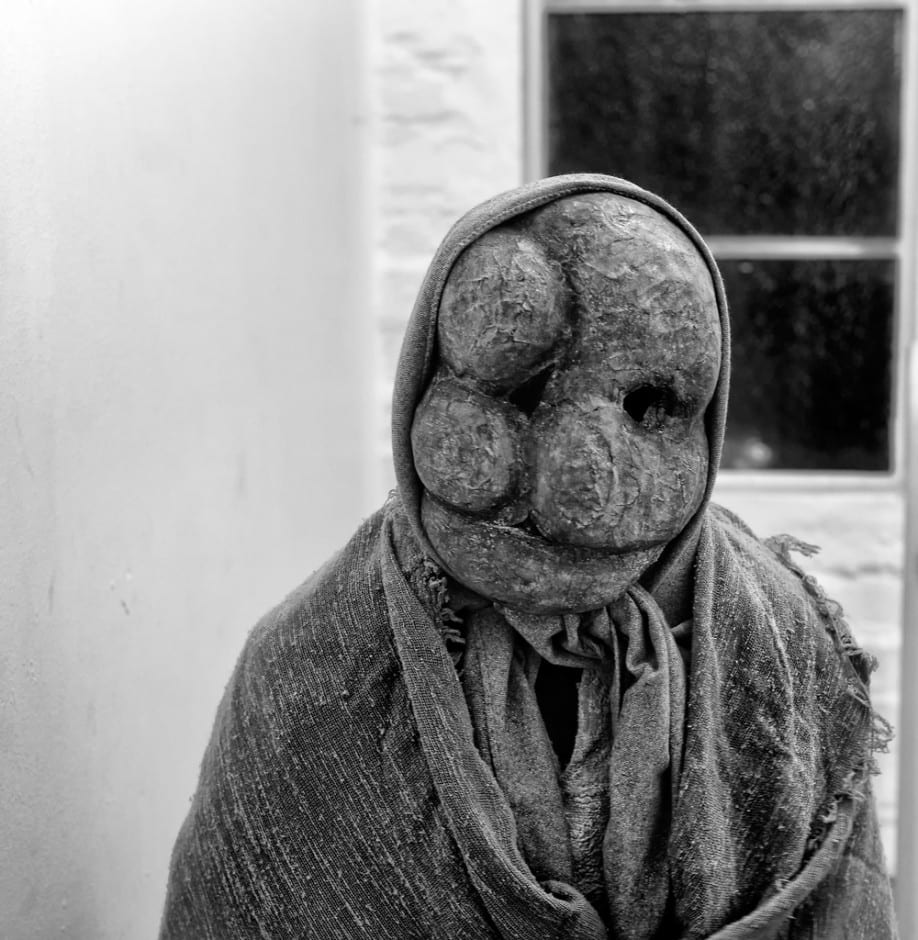 Homler’s Breadwoman character is at once surreal, disturbing and timeless. Homler created it as a piece of visual art. A quick look at the cover of the RVNG Intl. reissue shows her wearing the breadmask of her strange creation, its an image which looks both absurd and terrifying. Watching the Breadwoman documentary, its clear that Homler places the character within a lineage of pagan gods, divine embodiments of ideas which were passed between cultures in different forms. To a modern audience it could just as easily be from a horror movie, the off putting mask tapping into something universally unnerving. “She’s not didactic, she’s poetic.” as Homler explains.

The dedication to the concept is impressive, but the album only works because the music is so engaging. Taking chants she created for Breadwoman installations, Homler worked with Moshier to expand them into ritualistic songs. The tracks feel like chunks of folklore being pulled into a cosmopolitan metropolis, in the same way Breadwoman seemed to be an ancient deity pulled into the 1980s LA gallery scene. Homler chants the songs in a supposedly made up language, but one which is always on the cusp of being familiar, like she picked up echoes of different languages floating around the streets of her native Los Angeles. The mournful ‘Yesh Te‘ sounds as though she is singing in some lost Japanese dialect, while the mesmerising rises and falls of ‘Gu She Na Di‘ feel lifted from the rituals of some lost nomadic tribe.

Moshier’s arrangements are exercises in minimalism and restraint, coming over like minimal-wave folk songs. Opening track ‘Ee Che‘ is little more than a trashy drum machine rhythm and Homler’s voice. A couple of tones of synth hovering around for a few seconds but barely audible. ‘Oo Nu Dah‘ is nothing more than slow moving glassy synth pads, the voice buried in echo which causes it to overlap and clash like a piece of Sacred Harp Shape Note Singing.

Elsewhere, single bubbling lines of synth and cheap, thin drum machines push the tracks along. The key feature throughout is the balance between Homler’s naked single track of clean vocals, and the completely synthetic nature of the music which underpins it. Two bonus tracks, included exclusively on the reissue, show another side to the collaboration, droney, electro-acoustic explorations which stretch Homler’s chants out into longer, slowly evolving themes.

Breadwoman and Other Tales is something rare, a true oddity. RVNG Intl’s reissue has served to highlight a key moment in the development of the Breadwoman myth, and by offering it to a new audience kept its evolution progressing.

Breadwoman and Other Tales is out now on RVNG Intl. order c copy from their web store.