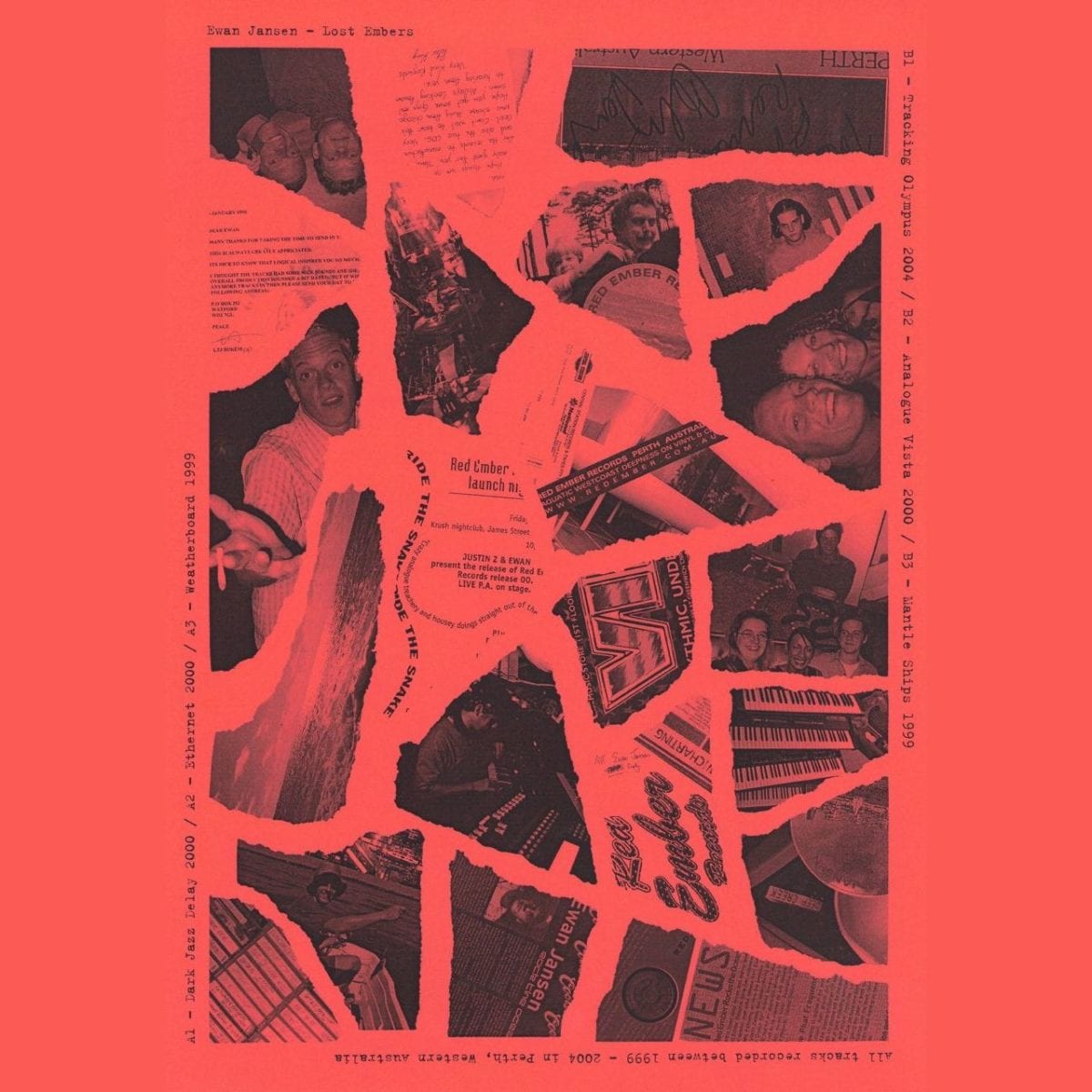 For their first outing of the year, Going Good make a detour by Perth, Australia – hometown to unsung deep-house producer and boss of the late Red Ember imprint Ewan Jansen. As its Indiana Jones-friendly title denote, ‘Lost Embers‘ EP is the fruit of a long-considered unearthing initiative: Brian Not Brian’s been digging up forgotten gems that were gathering dust in Jansen’s broad DAT collection, taking a dive into this imposing pool of audio artefacts recorded during the 1999-2004 period and garnering six cuts that evidence the importance of the Aussie producer’s body of work in rather splendid manner.

Propelled back in the game after a ten-year hiatus with the beautiful ‘Bumerang EP‘ released last year on Frankfurt’s Hardworksoftdrink, Jansen’s shown that his sound has stood the test of time like few out there. On the deeply immersive ‘Ethernet‘, he puts on a superb ambient veil: a supple slapping of eerie waters erupts, licking the commissures of a fantasized shore – ghostly sub-bass echoes tip-toeing over bleached-out pads and frayed strings in full hypnotic state.

‘Tracking Olympus‘ – and ‘Analogue Vista‘ to a lesser extent, smell of the same atmospherical quality. Whilst the former goes for a much more horizontal traversal through barren scapes – mapping wide-spreading desert expanses inhabited by howling wild dog packs for what ends up sounding like a trance-inducing dreamcatcher, the latter offers a soothing interlude with the more club-friendly side of the platter.

For the rest, it’s a matter of off-kilter house patterns firepower in pure Jansen signature style. How could these tracks not see the light of day before is another story. ‘Dark Jazz Delay‘ offers a first decent bite of that with its Cuban-like salsa drumwork and elastic synth ellipses, but it’s ‘Weatherboard‘ that truly gets things in dancing-motion. Pulling a jacking rhythm along chiming cowbells with a heavily flanged, groovy pulse, it’s a proper bump-machine we got there.

Closing the EP is most certainly the highlight of this stunningly vivid journey. ‘Mantle Ships‘ blends an ebullient floor pracicality – feverish claps and reversed-built, shuffling hi-hats aplenty – with Jansen’s sixth sense for tune-making – a finely-arranged marriage of earthly organic bleeps and bloops with endless pads scudding in an auspicious sky. It happens that a release strikes such a sensitive chord that it makes you want to devour the whole artist’s catalogue in a row but more rarely does it make up for lost time so impressively.

Lost Embers is out now, order a vinyl copy from Juno.