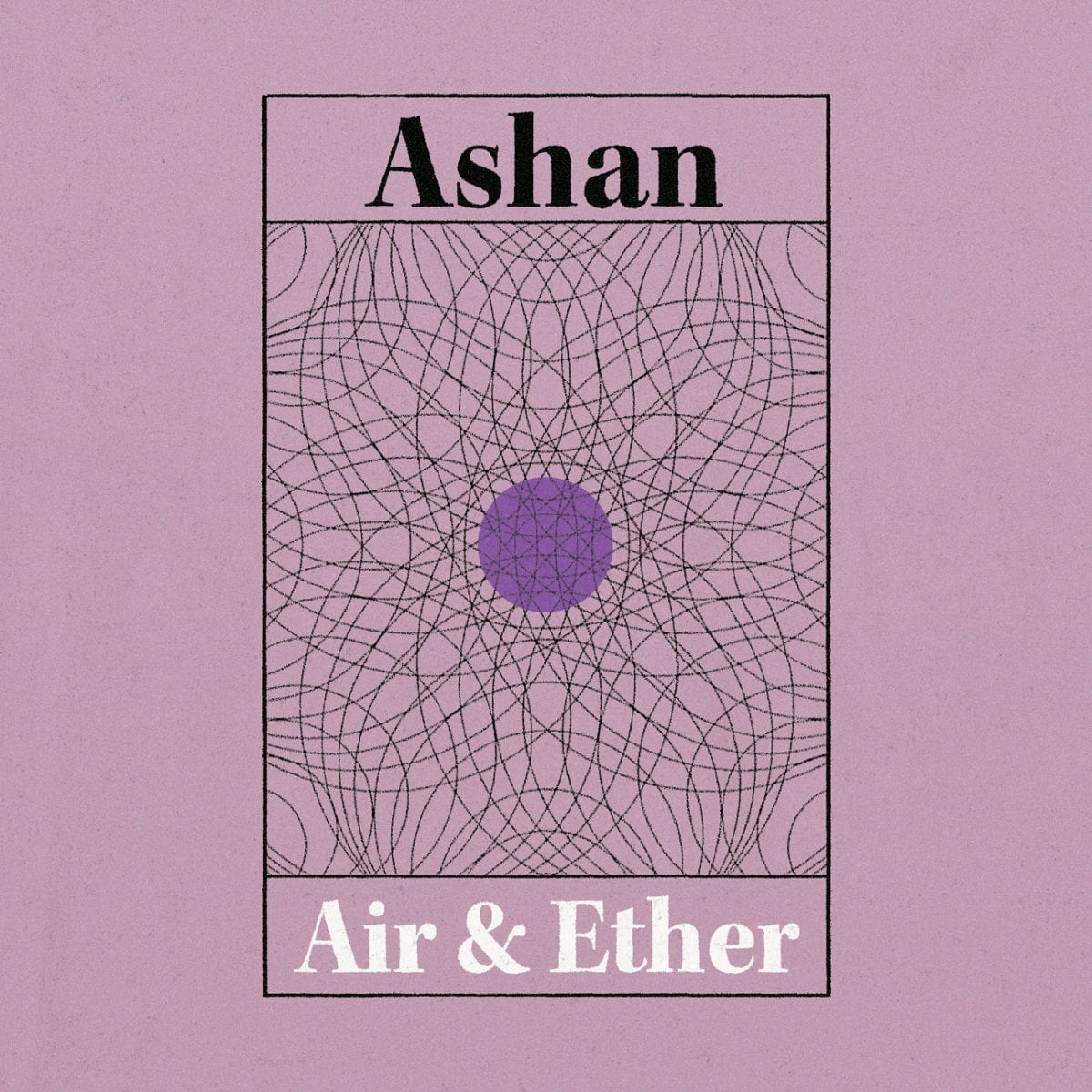 Operating out of Gainesville, Florida, Elestial Sound is an art collective and cooperatively run label that doesn’t lack soul to say the least. Its shape-shifting structure, currently comprised of “twenty to thirty individuals who operate the company’s marketing, video, live production, A&R, and sales department“, might be puzzling at first, but it certainly makes a lot more sense given the nature of the platform’s lavish generosity and assumed goal of gathering visions into a positively-charged haven for creatives of all sorts.

Latest to grace the grooves of the Floridian label is Sean Conrad, better known as Ashan, an artist whose closest musical kinship is none other than the great Laraaji, expert in the art of zither-playing which Sean also quite naturally made his instrument of choice. Meditative and intensely immersive, solar and vibrant, ‘Air & Ether‘ couldn’t be more aptly-named with its vaporous complexions and sedative attraction, casting a spell on you the second you press play.

‘Calling‘ immediately sets the pace – suspended and brittle – driven by a softly forward-moving groove that never loses its track, diligent and relaxed, to better ease you into a lush realm of shimmering harmonics and dazzling sonic idiosyncrasies. Almost a synesthesic experience too, so much Conrad’s understated arrangements and instrumental bravura manage to create a world of its own, in which losing yourself isn’t a curse but well an infinite blessing.

‘Wind‘ resounds with more guttural sub-bass accents and heaven-directed zither riffs, not leaving behind the subtly rolling swing of ‘Calling‘. Like advancing in an incense-shrouded souk at night, quiet and mesmerising, silent and still full with a ghostly presence. Slower in essence, ‘Temple‘ is another stunning piece of opiated ambient, yet Conrad still nicely implements a running groove in the track’s second part, never quite forcing anything into his compositions, which shine by their utterly unadulterated sincerity.

The most dense and fluffy cut of the package, ‘Fragrant‘ gives off a more exuberant instrumental finish to Ashan’s spiritual and wonderful journey. ‘Air & Ether‘ is just as spirited and enchanting on play as it is remains inspiring and haunting once the sound is off.

Air & Ether is released via Elestial Sound on 21st April, pre-order a copy from Bandcamp.

Discover more about Ashan and Elestial Sound on Inverted Audio.