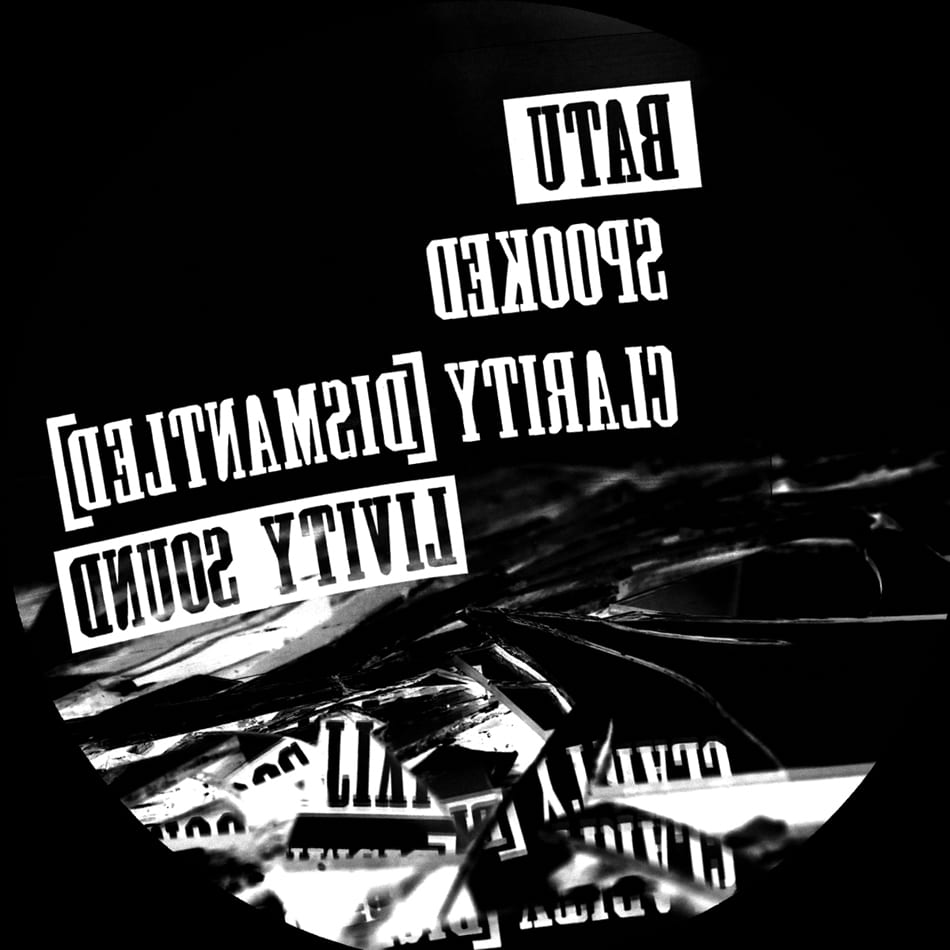 Rounding off a year which saw Livity Sound truly make their presence felt with one last 12”, Batu swoops in to add some end-of-the-world atmosphere. Arriving on the label’s interesting dnuoS ytiviL sister imprint, the release marks the second ever for both Batu and the label, and the development in Batu’s production is striking.

The dub-techno sensibilities with a sharp rhythmic bite on display here are nothing new for Pev and crew, and the influence of Pev’s collaborations with Hodge and Kowton really present themselves on this record. Most palpably, Batu’s productions have nearly doubled in length this time around – perhaps in keeping with Livity’s more patient, hypnotic modus operandi. Equally, the influence of techno is much more apparent on this release – both structurally and artistically – than his debut, which arguably owed as much to grime as anything else.

‘Spooked’ revels in its swung groove, each sound given ample space in the mix to make its way round a room, particularly the wood-block snare that seems to echo into infinity every time it comes around. This is not a cut that’s overly preoccupied with lighting a fire on the floor – it would rather have you hanging on its every warped growl, bobbing your head, immersed in the palm of its static hand – and in that task it excels.

‘Clarity (Dismantled)’ proves itself to be the slightly more boisterous track on the record. Leading with a vivid bleep line that sounds somewhere between a midi and some kind of exotic steel drum, the tune conjures images of an illegal rave at 5am in Atlantis. The delicately placed hi-hats indicate an incredibly nuanced approach to production, and considering the few months between this and his debut release, we can confidently expect many more great things from this man in the future.

Batu is clearly one of those producers with the ability to simultaneously handle a given genre’s tropes inventively whilst also maintaining an air of tribute to his approach. However, it is the synthesis of these tropes in such a singular method that makes this record so much greater than the sum of its parts. A truly charismatic release.