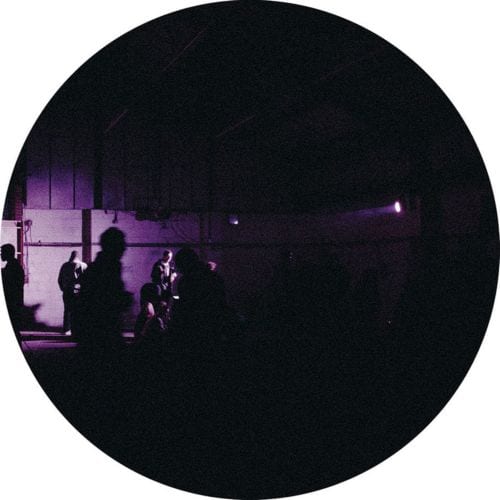 Dance genres come and go, victims to hype and ‘me-too’ producers who boil interesting tunes to their most basic and stilted formulas. We all know this, and writ large in every emerging buzz are the seeds of its encroaching demise, probably bloated and overplayed. With that in mind, it seems that some of the most interesting music that’s come out of the UK over the past few years has been the result of focused producers dragging dead genres out of their graves, and kick-starting them with a unique vision. As Burial expertly dragged the ghost of Dubstep one way, Mount Kimbie excelled by taking the tired tropes in another direction. And now here’s Beneath, a typically shadowy producer riding the underground shockwaves of his two previous white label releases, instant sell-outs, that he put out on his own No Symbols label.

Dusk and Blackdown’s Keysound label has been impressively defining the London sound for over a year now, and although Beneath isn’t said to hail from the big city, his music finds a natural home on the imprint. The genre that Beneath seems to have targeted for resurrection and exploration is a tough, moody fusion of UK Funky rhythms and a rugged approach reminiscent of Jungle or the darker strains of Dubstep. Unlike Burial and Mount Kimbie, these are dedicated dance tunes, built to rock the starkest dancefloor the capital has to offer. Spare the sounds may be, but Beneath’s sound, manifested here at steady house tempos, is more fleshed out here than his previous offerings. First cut Prangin is busier than his previous material without ever letting up the muscular drive to those syncopated rhythms, welded to an alternating pattern of venomous sub-bass stabs and a wordless, filtering male cry.

It’s impressive how much Beneath has retained his unique voice despite spicing up his compositions, with more prominent melodies and a fair share of breath-taking breakdowns that weren’t so prominent on his earlier releases. The cheap-sounding melodic touches, such as the creeping horror chords under Wonz’s techy flex (reminiscent of Keysound label-mates LHF), contrast impressively with percussion that is impressively detailed and rich, despite its abundant raw energy. Blonde comes swathed in tumbling chimes, while pitch-shifted reed samples snake drunkenly through Tribulation’s focused percussive assault. The dread reaches fever pitch on final cut, a remix of Concrete Jungle, which features Roll Deep’s Jamakabi. All the restraint goes out of the window for this monstrous tune, where deadly beats snap over a growling sub-bass focus to killer effect.

There’s a lot of impressive material here that’s sure to get the clubs going, but on the title track Beneath has crafted something special. All the tracks on this EP are longer and more explorative than on his previous releases, and Illusion shows the heady peaks of this long-form approach. A snappy but noticeably more relaxed drum patterns holds strong as Beneath slowly unleashes an onslaught of fantastic atmospherics, echoing chimes that creep along beside ambient hiss and clattering effects. Then comes that gloriously vibey, nursery-rhyme breakdown that seems to embody a lot of Beneath’s aesthetic; one foot entrenched in the darker veins of the UK’s rich dance tradition, the other planted firmly in the future. With the Illusions EP he’s proven beyond a shadow of a doubt has not only with a distinct voice, but also an eagerness to refine and build his sound over consecutive releases. Given his no-nonsense PR approach and the muscularity of his beats, it seems that these compliments are just directed at a fresh producer succeeding by just doing what he does. Whatever comes next is sure to be exciting, and the Illusions EP should give listeners more than enough to chew on until then.