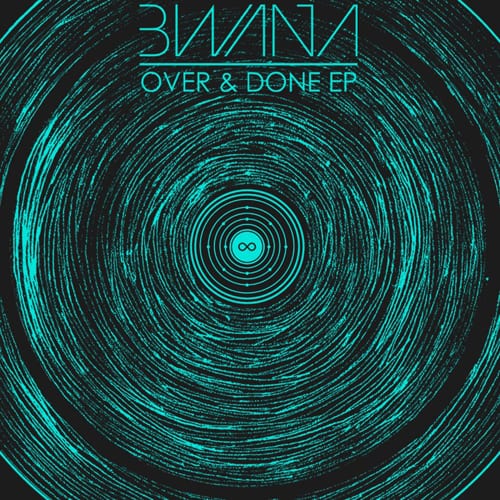 Like a bolt from the blue, Bwana aka Nathan Micay, is set to make a well-deserved impression with his debut 12” dropping on Infinite Machine this week. Living in Leeds, Bwana is relatively unknown amongst the electronic music circles, but this comes as no surprise, he’s only been producing for the past year.

“It Ain’t Done Till It’s Over” lavishly fuses warm pads, subtle melodies and a mellifluous vocal to a 2-Step beat. This appears to be synonymous with the sound of the release, which at no moment seems at odds with itself, keeping a zealous energy that doesn’t resort to sensationalism. There’s a handful of understated artists abiding by these rules presently, and Bwana’s tracks could comfortable stand next to music of a similar ilk by the likes of Synkro, Troy Gunner or George Fitzgerald. “When It’s Over” rolls in on easy vibes, and well composed synth lines that skip buoyantly around one another.

“Sleeping In’ is drenched in reverb, undoubtedly heady and nostalgic. Glitched out vocal edits help carry us along Bwana’s sonic journey with pleasurable results. Remixes come from Canadian king-pin ‘XI’ who only adds to the atmosphere on ‘It Ain’t Done…’, while digital downloaders are privy to edits by the likes of Jack Dixon, Sibian & Faun, the latter of which turn in a cheeky juke interpretation. Tracks by a veritably new producer, dropping on a relatively fresh label, IM007 is a strong argument and example of why independent record labels, and shops are paramount for a healthy music industry.