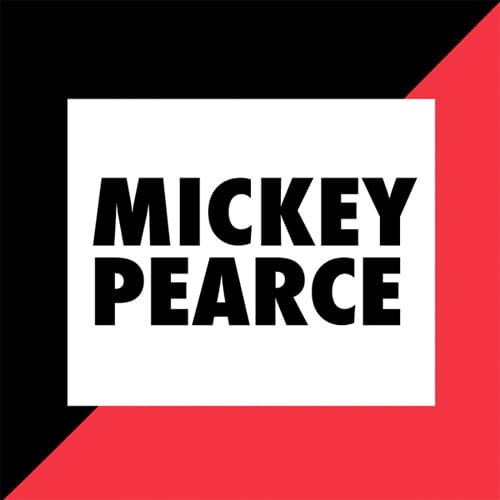 For a label that’s no stranger to progression itself, Mickey Pearce’s startlingly unique debut 12” on Swamp81 is a perfect fit. Loefah’s much lauded imprint, originally a platform to convey his vision of where the dark, dread-swathed halftime rhythms of dubstep were heading, has since expanded its remit and now captures the pulse and direction of bass-centric underground music as accurately as any UK label. Swamp81’s fifth release back in 2010, Addison Groove’s irresistible slice of Chicago juke infused bass Footcrab was part-catalyst to Loefah’s shift of focus, and the label has gone on to put out a huge range of vital beats including Pinch’s first foray into the 130bpm arena, Boddika’s Drexciya-esque electro hybrids and the 808 driven dancefloor killers of Joy O.

Richard Attley, formerly known as Shortstuff has been releasing under his Mickey Pearce moniker from some time with tough edits of Cassie, Wiley and Ms Dynamite doing the rounds, and it is under this alias that he will be solely releasing under moving forward, a sound where he has always “felt more comfortable”. You get this sense with this release that it’s the culmination of years of Attley fine tuning his stylistic intentions, and he delivers a truly genre-definition challenging record, blessed with the production levels and verve of an artist at the top of their game.

Both sides exhibit particularly taut and lean percussive make-ups, allowing the time and space for the track’s individual elements to breathe and most importantly the necessary swing to jolt dancefloors into action. ‘I Am‘ is the more minimal of the two, with neatly programmed drum sequences peppering warm swells of 808 low-end and a gasped ‘I Am’ vocal sample interlinks with high pitched whoops and drawn out screeches adding a distinctive tribal texture to the track.

The flip serves up the instantly recognisable ‘Don’t Ask Don’t Get‘, having been battered by Loefah for months on Rinse.Fm, and it’s the strongest cut of the two. Littered throughout with rich, enveloping analogue tones, the lead synth line drives the track ahead purposefully and is soon met with a multifaceted and off-kilter percussive layer, whilst a little perplexing at first, the groove soon engrains itself and it’s infectiously addictive. After a sly Wiley sample (“You remember the other day…”), lurking bassline ripples are inserted and a cacophony of claps, vocal snips and hollow strikes keep the pressure mounting. Not happy with settling on what is already an obscenely heavy beat Attley switches things up several times, entering an audaciously playful middle section, only to strip it down even further to finish up on a hypnotic, pulsing beat.

Marking a new chapter for Mickey Pearce in fine style, he adds Swamp81 to an already impressive discography on leading labels including Ramp, Planet Mu, Punch Drunk and his own Blunted Robots imprint. It’s an essential partnership, and one which illustrates how far both label and artist have come in recent years as both parties continue to lay down boundary expanding efforts in what is shaping up to be an especially exciting 2012 for the UK scene.