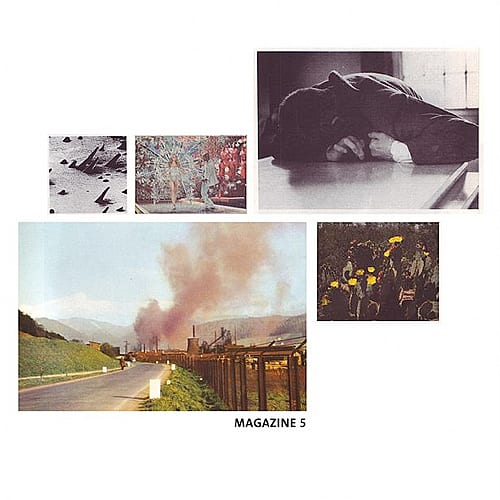 I first experienced ‘Loops Of Your Heart’ in 2009, back when I used MySpace to discover and contact musicians. Their profile was completely non-descriptive – just a photo of a barren landscape topped with windmills (view in image slider). No information to inform anyone about the people behind the music. The only indicator was their ‘friends’ module, which consisted of The Field, Thomas Fehlmann, Popnoname, Gudrun Gut, Johannes Weilbach and Voltek. Whoever it was behind the music clearly knew or had worked with these artists before. Despite my uncertainty,  I sent the owner of the profile a message to ask who they were, their response was a simple “hello!”.

Fast forward three years and all has been revealed, ‘Loops Of Your Heart’ is in fact a side project of Axel Willner aka ‘The Field’ (featured last year on IA ). You get the impression that loops dominate Axel’s thoughts.

From what I’ve gleaned, ‘Loops Of Your Heart’ is a direct reflection of Willner’s time visiting Germany, no doubt traveling down to Kompakt‘s headquarters in Cologne along with trips to Berlin and various other locations. I have no idea if  ‘And Never Ending Nights’ is constructed from field recordings from Axel’s trips over the past years, but let’s just assume these experiences have directly influenced the producer. The album title conjures up the image that Axel has spent a great deal of the last three years touring ‘The Field’ across the world.

Conversing last year with Axel about the usage of loops in his album ‘Looping State Of Mind’, he said, “Loops play tricks on the mind most of the time and that’s something I want to achieve. Also, if it’s something familiar that you can’t put your finger on, even better.” For me ‘And Never Ending Nights’ is a more personal interpretation of loop based electronic music. ‘Looping State Of Mind is more of a commentary on repetitive thoughts in Axel’s mind rather than a production technique rundown. Looped elements in ‘And Never Ending Nights’ are barely recognizable. Instead, we witness an overwhelmingly direct interaction of Axel and his rare arsenal of analogue synthesizers and guitars.

‘Little You, You Should Develop’ begins the album with a delirious vocal, looped within a warm analogue synth that pulses with character. Relatively short in time but setting the tone of the album and settling the listener deep within Willner’s wondering mind-set. ‘Broken Bow’ presents an anamorphic aboriginal sound designed to lead the listener into a hyped up 4 X 4 beat. ‘Neukölln’ sounds as if its been pulled straight out of a scene from Bladerunner, steeped in a sea of analogue fuzziness and feedback.

‘Cries’ is the standout track and has been on repeat since I discovered ‘Loops Of Your Heart’. It expands over 11 minutes – reeking epic vast qualities. An intoxicating melody dominates the track as Willner works an array of analogue synthesisers producing this endless output of sound. Axel adds shades of guitar and effects, including the sound of footsteps crunching over ice. ‘Cries’ is the most intense, inspiring and majestic track on the album, perfect for deep reflective moments. ‘Lost In The Mirror’ begins with a jolting sequence of deep chords until a high-pitched synth line sweeps in, more akin to a sonic boom than melody. ‘At The Boards’ offers a moment of serenity and closes the album with optimism.

‘And Never Ending Nights’ has been produced as a vehicle for escaping the stresses of everyday life, you’ll either get this album or you won’t. Combined with the album cover and the music contained within it shows that Magazine, a collective run by Barnt, Jens-Uwe Beyer and Crat, have published not only one of the most visually stunning albums, but also one containing incredible synth expression.