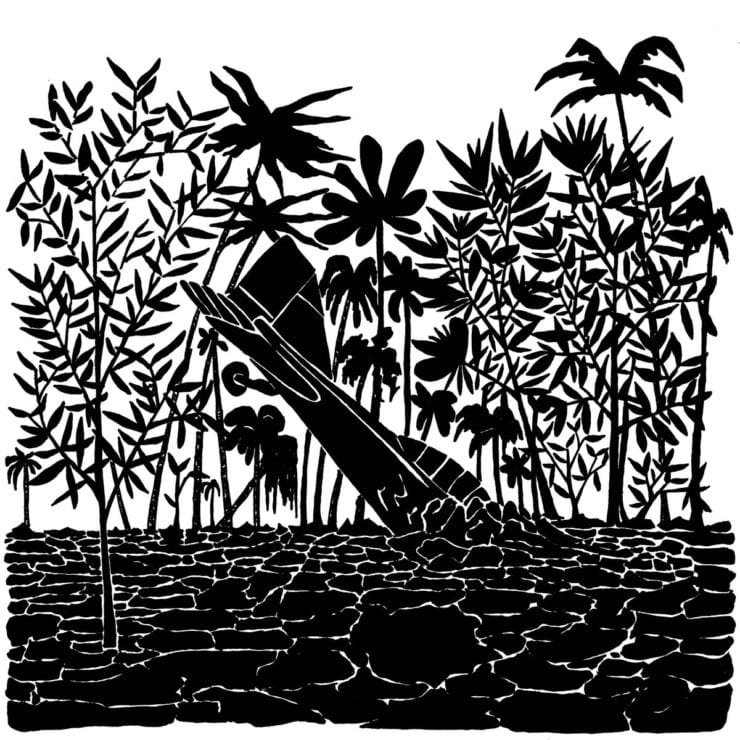 After releasing the exuberant ‘Andean Dub’ in 2012, Capitol K – real name Kristian Craig Robinson – went in search of a new sound. The London-based artist travelled back to his native Malta and holed himself up in a cave, converting the former goat stable into a makeshift studio. Robinson returned to this enclave on multiple occasions across different seasons, conducting lengthy improvisation sessions with a variety of reed instruments and found objects.

These cave sessions showed promise. Robinson collated his improvisations and shipped them back to London, where he added DIY-sounding drums and repetitive, gristly basslines. The results – liquid flute soloing tempered by grounded post-industrial rhythms – were packaged as Robinson’s seventh album: ‘Goatherder’.

Fast forward two years, to ‘Birdtrapper’, Robinson’s latest offering. Like ‘Goatherder’ before it, ‘Birdtrapper’ was also conceived from improvisations in the Maltese cave-studio. But the products are hugely different. Robinson now travels to the other end of the Fourth World spectrum with an electronically-oriented sound, foregrounding sparkling keys, quirky textures and thick basslines.

‘Birdtrapper’ puts the dance floor front and centre, representing – according to Robinson – the “sound of an initiation rave in a utopian hidden village”. Everything seems to have been streamlined to achieve maximum propulsive energy.

‘Temple’, ‘Birdtrapper’ and ‘Scarred Land’ – all hovering close to 130 BPM – centre around the regular drive of kick, snare and various shades of throbbing bass. Gone are the free improvisations that sounded like they came straight out of Café OTO. The swirling incantations of the flute have also been replaced with short melodic hooks, subtly varied but often repeated verbatim. The opening flute solo on ‘Washouse’ – an appropriate soundtrack to the courtship dance of an exotic bird – has an almost nursery rhyme lilt to it.

‘Brook’ strays from the hidden rave concept somewhat. The emphasis is less on a secluded dance ritual and more on Italo Disco glitter. That said, it’s a clever take on the ostentatious sound. Robinson tastefully combines the classic choir pads and leaping bassline with a contemporary touch, topping everything off with a brilliantly garish lead line that flashes like a strobe. The highlight for me is the Hi-NRG bassline which pops up now and again, warped and unsteady. It’s as if the machine grew tired of playing the same note over and over again.

With so much of ‘Birdtrapper’ centred around dancefloor tropes, the village paradise is often difficult to locate. The dubby ‘Morphing Isle’ offers a rare glimpse; wind chime electronics scintillate like mosquitos buzzing over a rainforest pool, reflecting the sunlight; the distant rumble of a gong invokes secluded temple meditations.

As the beats of ‘Washouse’ fade, this utopia merges with reality. The raver is plucked from the party and left alone in the jungle, surrounded by the chattering of its avian inhabitants. This moment feels distinctly personal. It’s the closest we get to Capitol K, alone in his cave, improvising to the sound of birdsong. Let’s hope he goes back to Malta soon.

‘Birdtrapper’ is out now in vinyl and digital formats. Order a copy from Bandcamp.