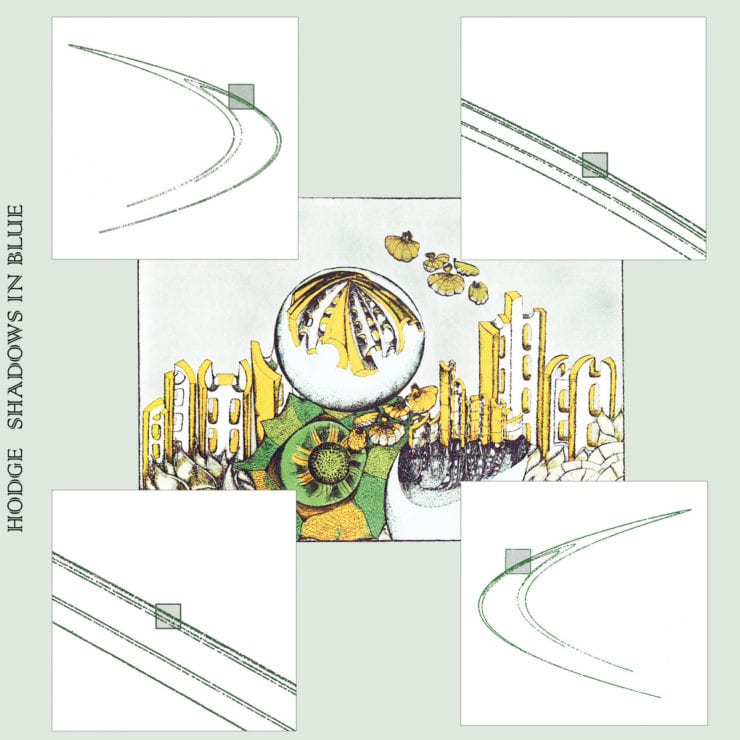 Hodge, real name Jacob Martin has never been one to sit still. Martin started off his career, as one half of Outboxx and on his own, with skippy, Garage-laced house before becoming the first artist outside the holy trinity of Peverelist, Kowton, and Asusu to release on his hometown’s fabled Livity Sound. Although he’s had a run of techno records flavoured with Bristol low-end, he has also collaborated with Shanti Celeste, Peder Mannerfeldt and Laurel Halo, to name a few.

With this diverse range of sounds and collaborators, it was anyone’s guess what Hodge’s debut album might sound like. What we get on ‘Shadows In Blue‘ is the best of all of Martin’s world – ambient and experimental passages held together by certified bangers. But make no mistake: this is very much an album rather than a collection of tracks.

Each song is fairly short, with only three above the 5-minute mark, following a clear narrative arc. Hodge eases into the album with an ambient introduction, albeit a claustrophobic one, where a minute of reverb and delayed drums crunch in the background before giving way to a faint melody. But, as the title suggests, there are whispers of the tropics. Hodge has referenced writers like William Gibson as a major influence and you can imagine the plucked strings of the track on repeat in a cyberpunk tiki bar of inequity.

The second song, ‘The World is New Again’ starts with the dramatic lilt of ‘Canopy Sky’ but transitions into an uplifting, if no less cinematic, soundscape built around another plucked synthline. There is a folkiness to the synths, one that may not be everyone’s cup of tea (you could imagine it being co-opted by a hipster guru looking for edgy background music), but this folkiness sets the tone for the first half of the record.

This isn’t a bad thing. With perhaps the exception of ‘Lanacut’, where the samples feel like they could have been lifted from a ‘World Music compilation at a museum gift shop, the spiritual tilt of the album sounds surprisingly fresh. This is especially true when built around Martin’s deep-seated knowledge of what makes a club go off.

When the kick enters ‘Shadows In Blue’, for example, you can imagine type of dancefloor euphoria we are all dreaming of at the moment. Similarly, ‘Sense Inversion’, brings together these New Age tropes while remaining a reminder of the percussive-heavy pedigree from which Martin has made his name – its lead snare gaining momentum as the track pummels along.

That said, I think the second half of the record, less steeped in the tropical mysticism, works better. ‘Lanes’ is heavy, sub-bass weighted techno and ‘Cutie’ is a slightly melancholic house number that packs a serious emotional punch even with its siren-screaming synth. Martin finishes this run of club tracks with ‘The Ghost of Akina’, a breakbeat bomb slowly engulfed by distortion before the dreamy pads and humid thunder of the first half of the album return.

Recently, Hodge started a minor meltdown on Twitter by asking if people could “start playing weirder” when we return to clubs. What is impressive about the second half of Hodge’s album is that he is able to prove that making things weird doesn’t mean making them less danceable.

‘Shadows In Blue’ is out now on Houndstooth in vinyl and digital format. Order a copy from Bandcamp.