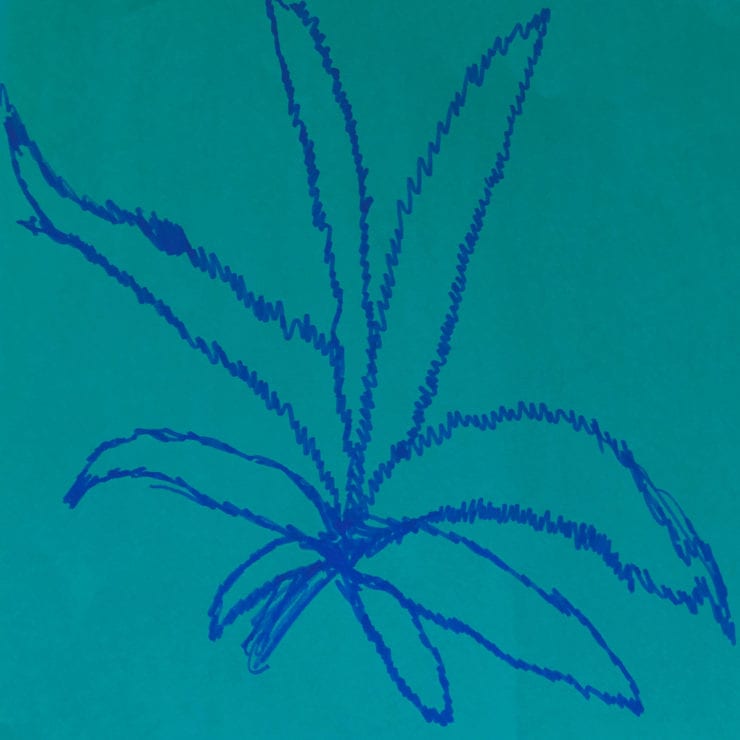 Spring has sprung and so has Galcher Lustwerk. Under his 420 alias, the New York-based and Cleveland native producer trolls us all a bit/pays homage to 4/20 by making each track of this 16-track release 4 minutes and 20 seconds long (and yes, this does mean some of the tunes stop abruptly) as well as the price of each individual track being $4.20. The album duration is 69 minutes. Oh, and the whole album is $69. You do the maths.

In a 2018 interview with The Fader, Lustwerk said that he’s a big Quasimoto fan and it shows. He uses his music to take on a different persona when he raps in a cooly detached manner, which is well documented on cuts like ‘Untitled 11’ as he lackadaisically repeats “I’m medicated” . No doubt this is another reference to the title of the release and the 420 alias. Lustwerk made the 16 tracks during the lockdown period over the last month and he strikes you as someone who would be perfectly happy to self-isolate, hibernate and keep working on the music.

Elsewhere, the album follows closely in the footsteps of the producer’s 2019 album ‘Information’ on Ghostly International, with some excursions too. None of the tracks are properly titled and go by ‘Untitled 1’, ‘Untitled 2’ and so on which isn’t ideal for the purposes of a review, but opener ‘Untitled 1’ starts things in an upbeat manner. There’s live percussive elements, and meandering melodies.

Broadly speaking, this quarantine offering from Galcher can be split into three categories: upbeat, downtempo/chilled and curveball. For the upbeat category, look to ‘Untitled 3’ where the kicks are pumping and the hats rattle around thanks to sublime reverb and delay. ‘Untitled 16’ offers an almost electro feel via the snare, which is offset by some playful work on the keys. ‘Untitled 14’ is definitely one to check, mainly for its use of flanger that makes it reminiscent of Daft Punk and the whole French filter house scene. Highly recommended for some euphoria and something that feels like it has potential to be the last tune at the end of the night.

For those after something more chilled and zoned out, see ‘Untitled 2’. There’s high-pitched keys and a definite vibe of ‘Smoker’s Delight’ by Nightmares Of Wax – just seen through a deep house lens. ‘Untitled 4’ is downtempo, with a comforting ambient sensibility that features the cawing of birdlife. Still though, the 4/4 kick remains. ‘Untitled 8’ sounds very 1980s thanks to the kick drum, and features something that sounds almost like steel drums. This is perhaps one of the weaker tracks on here, but it’s definitely more cinematic in how it’s been constructed.

This is the part where things get a little weirder. ‘Untitled 10’ is much more intense, with a foreboding string bassline and jauntiness via something that seems to be trying to replicate a violin. The composition lends itself to some kind of odd video game music or dodgy soundtrack. ‘Untitled 15’ is on a similar tip, with orchestral bolshiness that is a little tricky to get your head around at first.

All in all, it’s a solid release from Lustwerk (with some curveballs thrown in) that’s perfect for some lazy lockdown listening. The production is spot on with mastering coming courtesy of Josh Eustis, who’s better known as Telefon Tel Aviv. If you’re a Lustwerk fan you shouldn’t be disappointed, apart from with the $69 pricing of the project.

‘420’ is out now in digital format. Order a copy from Bandcamp.