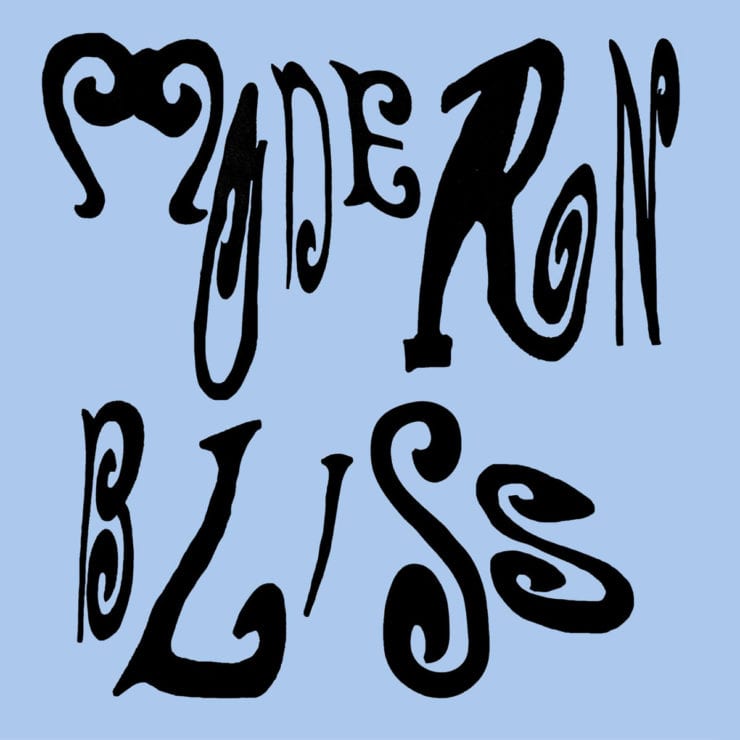 D.Tiffany’s imprint Planet Euphorique swings back into orbit with nothing less than Roza Terenzi’s debut album and it is every bit the record you were hoping for. Characterised by lush pads and a distinct proficiency for complex, shifting rhythms, Terenzi’s sound here is amongst the best we’ve heard, cutting across clear and idiosyncratic throughout.

Lightness and heaviness co-exist throughout ‘Modern Bliss’. After the opening ambient glade of ‘Jungle in the City’, Terenzi wastes no time in turning up the heat with ‘Elevate’. Launching with a growling workout on percussion and bass we soon see just how tactile Roza’s programming can be, turning a deft hand to any space in a DAW grid, shapeshifting tracks to conjure up rhythms you couldn’t have imagined from the first few bars.

This ability to turn a track on its head surfaces frequently. On cuts like ‘Yo-Yo’, we’re given an extra taste. Starting off with a driving, funk-filled jam — in that Planet Euphorique style — before bubbling up to a glitzy 80’s piano chord jam. Later, on ‘Total Eclipse’, the somewhat clipped electro of the introduction paves way for treacle-thick acid and sunset-streaked ambient fades.

On the title track guest vocalist Ivy Barkakati’s mantra for creativity comes across strikingly through the mix of some of Roza’s most intuitive and impulsive dance music. Elsewhere on the album we find smaller bubbles of vocals and spoken word — broken whispers in the ear on ‘Eternal Lust’, for example. These vocal fills add a dash of colour to every corner of the release, breathing life into music already redolent with energy.

It seems rare these days to find a dance music album without a little playful skit or two. Terenzi gives us ‘Spiral’, gently tumbling over itself in playful little twirls through to the end. One for the slower times, yes, but Terenzi supplies no sub-standard ‘filler’ tracks here. It’ll be in the summer playlists: prime material for laying in the sun with few cares.

What this short review should make clear to you is this: this is a consummate work, by a clear talent in our time. The album both forwards Terenzi’s known sounds, and expands further into lesser-explored dimensions without loss of her identity. Across these 9-tracks, Planet Euphorique and Roza Terenzi unleash a gold-star work. Full marks.

‘Modern Bliss’ is scheduled for release 24 April via Planet Euphorique. Order a copy from Boomkat.