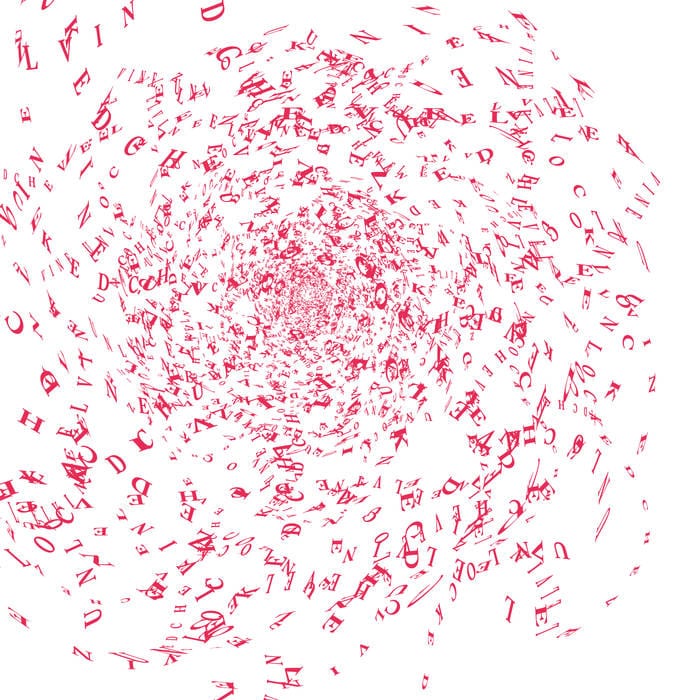 Italian producer Chevel is often categorised as a techno producer, but recently, his deconstructed, forward-facing production has drifted from the dancefloor to a different space and time. Even though harsh UK Techno influences remain, his manoeuvres to more leftfield compositions have resulted in distinct compositions using fragments from a wide range of genre way beyond the techno-sphere.

This facet of his grime flavoured production can be traced back to his 2018 long player ‘Always Yours‘ in which he explored the concept of “weightless” music. ‘Elvine Unlocked‘ further demonstrates Chevel’s exploration into weightlessness and displacement of sound.

Released through his own imprint Enklav, this six-track long player is Chevel’s first offering of 2020 – presenting a masterful example of contrasting sonics, alternating between blissful arpeggios and luscious ambiences against an array of resonant metallic percussion and glitch focused sound design – similar to output from UIQ, Different Circles and early Raster.

On hitting play, enchantment co-exists besides dark underlying tension in ‘Fed Enough’. That tension develops delicately until the end of the record. The pads slowly rasp as they swell up and drop into emptiness—this change in dynamics works wonders to introduce the harsher textures that creep in from a distance.

‘Elvine Unlocked‘, the EP’s eponymous track, builds on the record’s sonic explorer palette. Entrancing vocal elements combine together in a strange yet harmonious way. The track focuses on drums and tightened grooves. The beats stutter throughout and become grittier as they strut in time with synth pads. The synths are reminiscent of early Flume or Madeon, artists completely different in nature to the Italian.

The tension built throughout the first two tracks temporarily concludes in ‘Cut’, a track with “banger appeal”, merging a four on the floor approach of intensely swung percussion with in-your-face sound design. Towards the end of the track, after a climactic use of dubstep-esque basslines, the suspense resumes and quickly cascades into ‘Knickerbocker’.

Here Chevel returns to the broad soundscape evidenced elsewhere on the EP, whilst maintaining the emphasis on contrasting sharp and grainy textures with a percussive groove that resembles Latin or Afro-cuban rhythms.

The EP culminates in ‘Late Bloomer” – a nostalgic track with a progression of lo-fi chords that transition into a climax of melodic dubby basslines. Emotional and fraught chords are suspended by counter melodies and syncopated kick drums.

‘Elvine Unlocked’ is a bold statement from Chevel, forging an experiential approach to modern bass, grime and experimental production. He has shown on countless occasions that he can go beyond bleeps and bloops and homogeneous drum programming in favour of intriguing sound design in the pursuit of cavernous, weightless tracks. Elvine Unlocked is a glitchy and refreshing step in that direction.

‘Elvine Unlocked’ is out now on Enklav. Order a copy from Bandcamp.