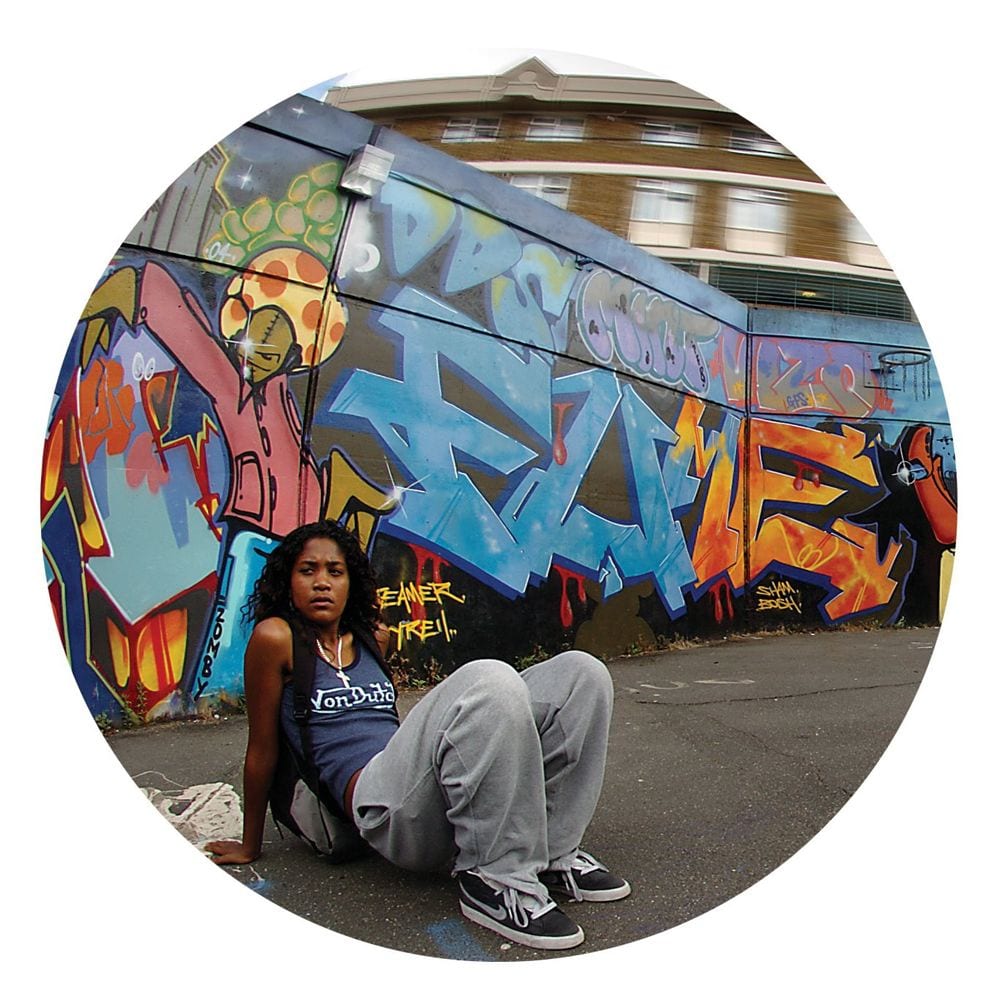 I really haven’t written enough about the flourishing UK funky scene even though, personally, I am a big fan of it. This release, however, seems like a great place for me to start. For those of you who have been unaware of funky’s explosive arrival into the forefront of forward-thinking UK urban music scenes over the past year or so, it is a genre that fuses together the best bits of grime and garage through the rhythmic sensibilities of Soca beat driven house and Cooly G is rapidly becoming its leading lady. Even though she has had success with her self-released EP volumes entitled “Dub Organiser”, this is her first proper vinyl release and who better to put it out than Kode 9 (who has been championing the genre above and beyond any other  in recent months) and Hyperdub.

“Narst” kicks off this awesome twelve at the grime end of the funky spectrum with it’s ultra-aggressive strings and hard-hitting snares. There is often a danger with this kind of funky that it can become overly melodramatic but Cooly G effortlessly prevents the tune from becoming too over the top and the result is a track that is nothing short of deadly on the dancefloor. Furthermore, it has a certain unnerving quality to it which is very much in keeping with the Hyperdub sound: a tune that keeps on edge and doesn’t allow you to relax.

“Love Dub”, on the flip, and its subsequent refix is about as far removed from “Narst” as one could get. Warm house chords swirl around the track whilst Cooly G’s beautiful voice permeates through. Even though it was probably written in the depths of winter, it has a perfect summer vibe and, as a result, it couldn’t be coming out a better time. My favourite aspect of this track, however, is the drums. Underneath the garage influenced beat, all sorts of percussive elements move around, the complexity of which displays this lady’s undeniable talent at rhythmic control and creation. The refix is similar, with the only big difference being that the snares of the original have been replaced for a more syncopated, Soca beat giving the tune a more traditional “funky” vibe.

Because this is coming out on Hyperdub, Cooly G’s music, deservedly so, will now reach a far greater audience and I, for one, am anticipating hearing a lot more from this rising star. Fans of Roska, Fingaprint, D. Malice and Dark Knight should check this. Essential!