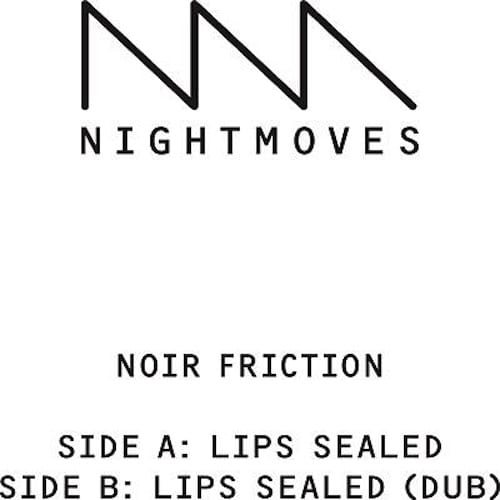 That man from Detroit Jimmy Edgar is back with a new name and sound. “Noir Friction” is his latest project and it delivers some sleazy nu-skool NYC House, he calls it ‘Dominatrix House’. It’s been released through ‘Rush Hour’s’ new sub label ‘Night Moves’ who’s sole purpose is to focus their efforts on raw electronic dance. From the beginning “Lips Sealed” sets the tone. Contorted vocals squirm around whilst a punchy static beat clicks in. It doesn’t progress into any massive crescendo, its basic but catchy. Its got a raw warehouse styled cut to it, easily described as dark minimal. If you were at the Detroit Electronic Music Festival aka, DEMF, I’m certain that this would have been dropped. The two tunes are very similar, in fact its difficult to notice the difference. The latter, SIDE B is supposed to be a Dub version. All I can hear is more emphasis on the chorus, which in my opinion is the easier listen. The first is very much stripped naked. The ‘Noir Friction’ project is undoubtedly Jimmy Edgar, its got the dark electronica sounds, swathing synths and vocoded vocals. However this is a proper dance track that could be played alongside Villalobos. Dominatrix House is the new sound in town, check it out Now!