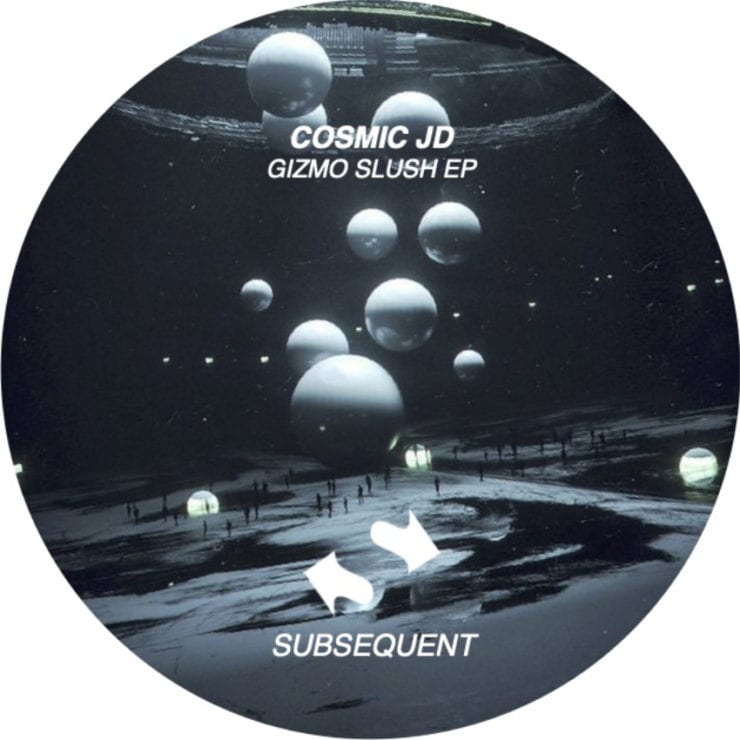 At their core, these are songs songs built around not much more than basslines and percussion with high ends that feel spacious and airy. I’m sure Cosmic JD might bristle at the characterisation of his music as minimal, but the sound design is minimal in a literal sense.

It seems strange then that for all the talk of genre-less music and hyper nostalgia that has led to the embrace of  everything from progressive to happy hardcore, “minimal” still feels like a dirty word.

I tracked the history of minimal’s fall from favour elsewhere and the critiques that I kept running into centred on a certain strand of European minimal in the mid-2000s that had become formulaic, derivative and, above all else, emotionless. But listening to rising Toronto-via-Colombia producer Cosmic JD’s most recent offering for Voigtmann’s Subsequent label, it’s clear that minimal remains a capacious and innovative style in its best iterations.

Take “Slurricane.” The track does what it says on the tin: kicking off with a sly bassline, some off-beat hats and a sound that I can only describe as a robot shivering after getting out of a cooled metallic bath. Even with just a few elements, JD delivers an absolute groover. The bass and the snares and the equally icy synth that joins the fray, manage to give the track a continual sense of propulsion.

The B2, “Mid2020,” moves at a similar pace. An almost offbeat snare gives the song a slight sense of disorientation underlined by the hushed vocals and chopped melody that gets beamed in at intervals throughout. Add a few minor key chords and the song does a damn good job of capturing the affect of mid-2020: claustrophobic but barreling ahead  whether we like it or not.

While these tracks employ minimal’s formal structure to showcase how slightly quirky, robotic burners can work on the dance floor, the other two tracks on the EP do a great job of highlighting the way in which minimal doesn’t equate to sterile or affectless.

“Double J Regenerate” still reaches for the heartstrings with a walking bass, electro-ish drums, a peppering of squishy synths, and a few spacey bleeps thrown in for good measure. The song remains compelling, offering slight bursts of dance floor pathos with a three-note synth that you begin to yearn for across the track’s 5-minutes.

Then there is, “Some Feelings Percolate.” An ascending melody line starts the song, sounding like it is pinging back-and-forth across the insides of a decaying AOL server a universe or two away. Some cinematic chords pillow the synth work alongside some hushed snares. If this sounds too dramatic, JD cleverly offsets this with some slightly eerie pads. But even here he shows a huge amount of finesse.

The slight vibrato he adds to the pads give them a fuzziness, liking drinking a second cup of coffee after a Sunday morning spliff when the THC and caffeine vie for your attention. Or, to put this in terms of some of minimal’s elder statesmen, the track makes me think of Akufen and Nicolas Lutz linking up for a collaboration.

‘Gizmo Slush’ EP is out now via Subseqent. Order a copy from Juno.