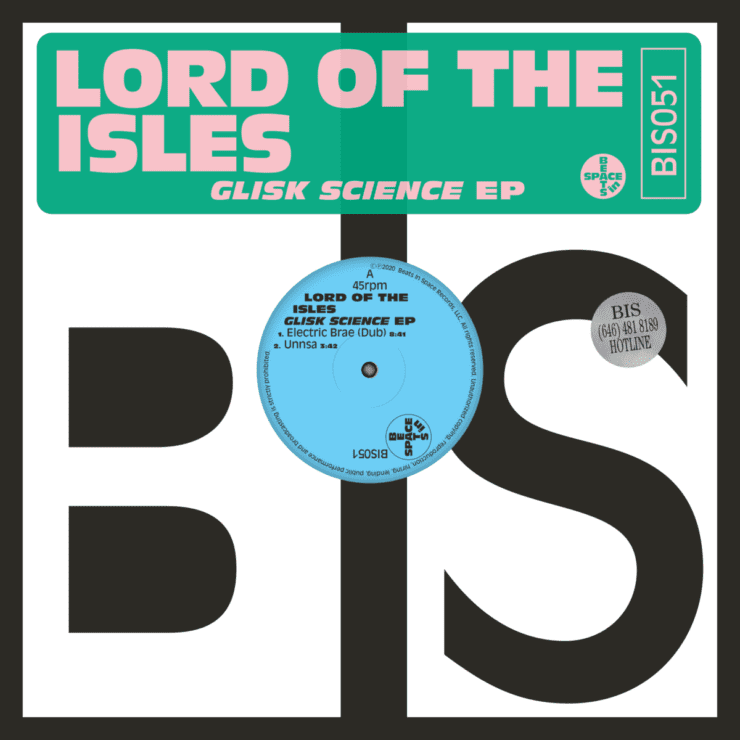 Lord Of The Isles lands on Beats In Space with a four track EP that emphatically underlines his versatility, something we picked up on when we interviewed Neil McDonald in April.

To use an old adage, ‘Glisk Science‘ is a tale of two halves – the first being a pair of up-tempo tracks that were created for live performances at ADE and Dekmantel. The latter half, a more contemplative couple created for an installation at Sydney Opera House.

Starting with the chunky stuff, ‘Electric Brae (Dub)‘ is the sort of tunnel-vision vibe that Underground Sound Of Lisbon were incredibly adept at firing out at the turn of the millennium. Murky, pared back house music that is at its best “in the moment”, begging to be dropped, layered, and to shift an in-flight mix down into dark avenues.

Following this, ‘Unnsa‘ starts with the sound of light-cycles revving their engines, but sends the eyes starry with the introduction of a particularly crystalline synth pad. Flipping over, title track ‘Glisk Science‘ and the accompanying ‘Sisters‘ run with the glacial textures and spin off into ambient – the former prismatic with a shift into an unexpectedly terse arpeggio phrase towards the end, and the latter languid with drifting piano and little 8-bit meteors shooting across the sky.

While created for different purposes, the two sets of tracks sit together contextually, drawing a neat line from start to finish. Time and time again Neil McDonald draws more out of a single EP than most manage from a long player, and ‘Glisk Science’ doesn’t buck this trend one bit.

‘Glisk Science’ EP is out now via Beats In Space. Order a copy from Bandcamp.