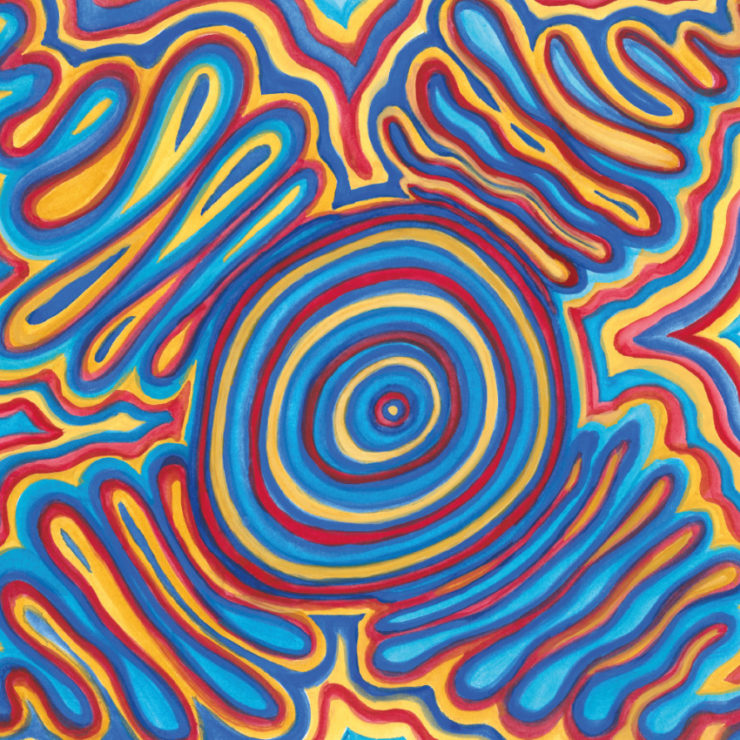 For a while now, the curatorial side of the Zenker Brothers felt more important than their productions. Though their music was never business-like nor lacked good ideas (just listen to their debut 12-inch Berg 10 from 2011, it’s hardly aged), the uplift of their Ilian Tape label eventually surpassed everything they wrote.

Ilian Tape’s offering has became a beacon for forward-thinking techno fans; over the years their releases headed toward something monumental. Even if their direction, at times, was slightly unclear (albeit in the best way possible), looking back and listening the label’s catalogue is like reliving some of techno’s greatest moments from the last decade.

‘Cosmic Transmission’, marks the brothers’ second album and contains some of their best music to date. This is the follow-up to 2015’s ‘Immersion’, an album that contained cool, breakbeat-filled intervals and some really obscure pieces only an album can hold.

Though it received excellent reviews, it sounded ahead of its time and did not reach the audience it deserved. In retrospect, Ilian Tape’s other output around that period, like Skee Mask’s ‘Shred‘ or Andrea’s excellent ‘Space Forma’ and ‘Outline’ EPs felt more relevant, and turned into more memorable cuts (with good reason).

Now, however, the timing of ‘Cosmic Transmission’ couldn’t be better. The double LP nicely steps onto the fine line that the label’s other recent albums drew (again, Andrea’s fantastic ‘Ritorno‘ or Stenny’s ‘Upsurge‘ are releases surely not to miss). The collection showcases various genres of high-concept electronica with tripping themes and rewarding, atmosphere-driven ambient world-building.

Opener, ‘When Nothing Is Safe’ is a beautiful ambient opener previewing the sound palettes, moods and warm tones we can expect later on. The zig-zagging airspace and light drum patterns of ‘Natural Connection’ make the track one of the highlights on the albums first half with narrative and arrangement that have a Shed-like quality.

The brothers are also doing excellent work when they are directly searching for inspiration from electronic music’s history. ‘Who’s In Control’ has a dubby, Bristolian trip-hop vibe, ‘Transforming Well’ feels like a DJ Krush-produced beat, while closer ‘Transcending’ could easily be something from Warp Record’s golden era of futuristic computer sounds.

The album also has some clubbier, recognisable tracks like ‘Sphere Force or Divided Society,’ which bring faster drums and metallic sounds into play. The more of this side we hear from the brothers, the better we appreciate the end result, which never loses its aim: being greater than its likewise excellent parts.

Due to its remarkable tracks and some truly unexpected pulls, ‘Cosmic Transmission’ surprises the listener more than once. This is music for the heads, a fantastic continuation of Ilian Tape’s recent albums and a creative peak in the Zenker Brothers’ discography. A distinctive, joyous release that shines through different genres, always bringing new ideas to the table. Should be kept and stored for future times.

‘Cosmic Transmission’ is out now via Ilian Tape. Order a copy from Bandcamp.