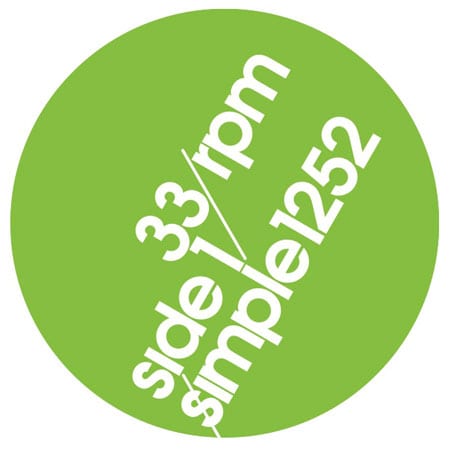 Although Deep House may not be a genre that many associate with the UK dance scene, Dusky (aka the duo of Alfie Granger-Howell and Nick Harriman) have been setting out to change that in the last year with a series of precision-built dance tracks, heavy on mood and movement. Following their debut album Stick By This and the excellent Lost Highway EP earlier this year, the title track of which still sounds like instant-classic material, they’ve taken up residence on Will Saul’s newly resurrected Simple Records imprint to add another great pair of tracks to the catalogue.

This single won’t amaze anyone with originality or blisteringly new sounds, but to search for these things in Dusky’s music would be somewhat missing the point. Each of their tunes takes a stripped-down approach to production; focusing solely on the mood and the groove, and just like on previous releases, here it’s pulled off effortlessly. A-side Henry 85 is a typically low-key burner, with a punchy 4 X 4 and melancholic synth atmospherics introducing a tight bass loop early on in the tune. A clear sense of space between elements and layers has always worked in Dusky’s favour in the past, and the deep echo of the vocals here, alongside the satisfying precision with which each layer clicks into place results in a track that may be solid rather than brilliant, but should perfectly suit any number of House sets focusing on the deeper end of the spectrum.

Dusky fans shouldn’t worry though, because the real stunner here has been reserved for the B-side. No More is a perfect example of what the duo does best, with pacing beats and rising synthlines creating a much heavier sense of anticipation leading up the drops. Add this to an array of great details; an occasional descending bassline, a vocal line emotive and catchy in equal parts, and that swinging synth note, and you’ve easily got one of the pair’s best tunes to date. This is all without mentioning how they milk that second drop, and how unbelievably satisfying it feels when it finally hits, smoothly re-entering rather than exploding in a display of understatement that really works. Remix duties are here interestingly taken by Belgian House duo FCL, known for their superb series of the Vocals For Everyone EP (if you don’t know Let Go, you really owe it to yourself). They turn Henry 85 into a House stomper, with high Garage-referencing chimes and a rougher edge. It’s an unsurprisingly expert job as remixes go; the second half opening up to skittering percussion and bright synth bounces over the vocal loop before it really goes all out in the final two minutes. This single isn’t really a step forward for Dusky but it’s another great addition to their deep, moody canon; proving that the UK scene can do Deep House, and rarely is it heard so smooth and with so much soul.