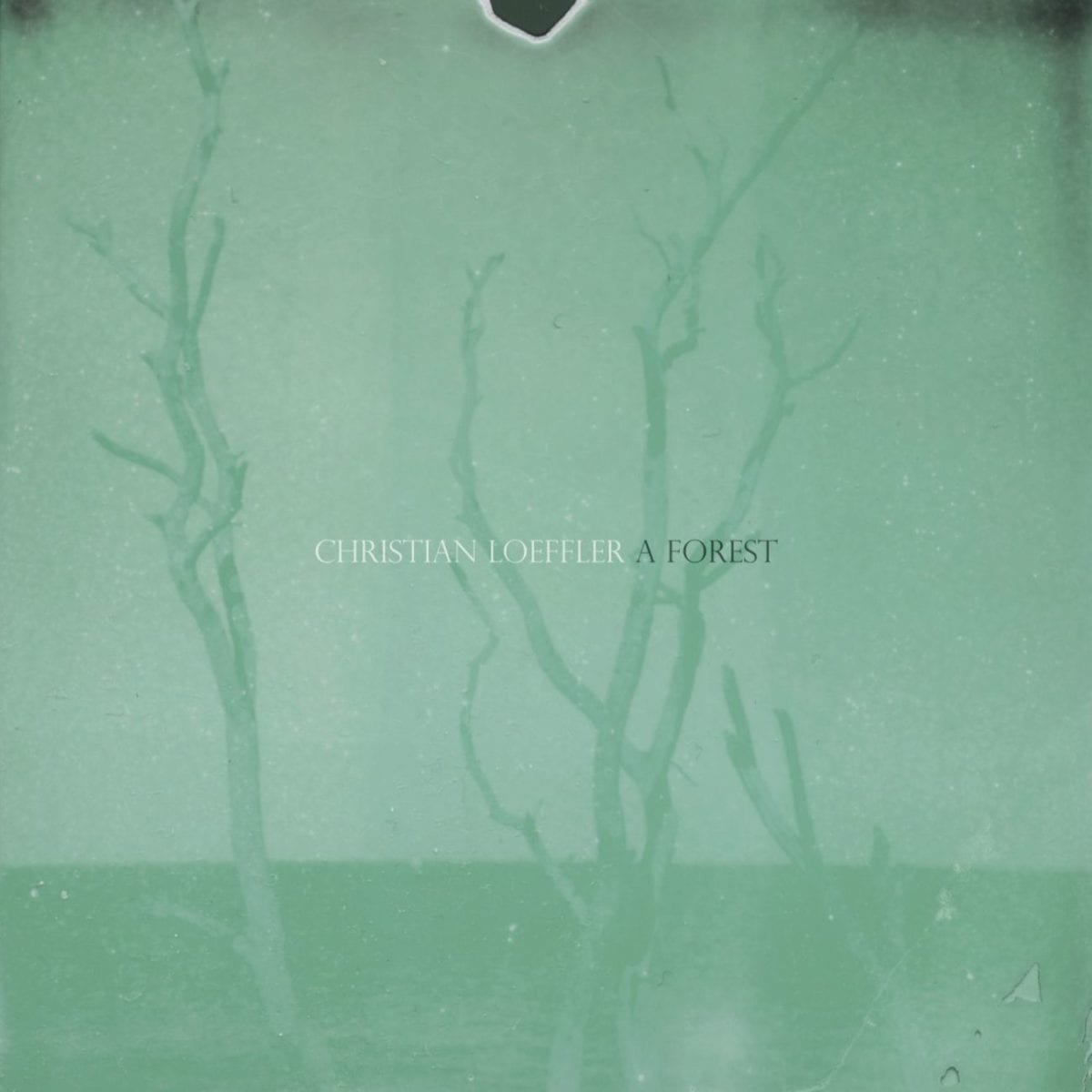 Christian Löffler has a certain arboreal obsession permeating his music. From his stunning “Aspen” single that caught our ears earlier this year, named for “a certain kind of tree that is typical for his home region in the north of Germany,” to his label, Ki Records, taken from the Japanese word for tree, he continues his exploration of metaphorical woodlands with “A Forest,” his debut LP.

The record, like Löffler’s earlier releases, is seeped in an atmosphere of irrepressibly mellifluous texture. The young producer describes as his impetus a desire to combine “melancholy with euphoria,” or, put another way, “a gloomy spirit which is minted by a warm sincerity.” All of the tracks on A Forest suggest a paradox of icy warmth, something akin to watching frozen tranquility from the frosted window of a remote log cabin.

While claiming Detroit techno as a predominant influence, it’s hard to ignore a certain intricacy perhaps associated more with European producers, such as Denmark’s Anders Trentemoeller. However, while Trentemoeller tends to use processed non-electronic sounds as a support for his vast palette of synthesized delicacies, Löffler prefers to forefront “all kinds of different acoustic colours” to investigate the relationship between his musical chiaroscuro of light and shade. Fittingly, he also works as a visual artist.

Opening track ‘Ash and Snow’ is exemplary of Löffler’s marriage of melancholy and euphoria within the context of acoustic colours. Its unstoppable synthetic pacing is mediated by reversed strings, ethereal voices, cold janglings and even, at some points, what sound remarkably like steel drums, almost jarring in their frosty environment.

Elsewhere, Löffler forefronts voices, exploring timbral effects and even syntactical puns, as on “Feelharmonia (feat. Gry).” Gry’s drawling, sliding alto is pulled along by prominent wood blocks and driving bass, with the refrain “I feelharmony…” The producer mentioned in a recent Alpha-Ville interview his interest in vocals for this album, remarking that “there`s no other instrument that can be more direct. I try to forge a bridge between more dance floor oriented tracks to calmer, more classical sounding tracks.”

A display of Löffler’s success in this regard, and a sure highlight of the release comes with the smoky poignance of ‘Blind,’ just past the LP’s midpoint. A distant opening melody is cleaved open by abrupt percussion, while unnervingly familiar voices carry the listener further into the forest. The track is bleak, yet forgiving, never appearing empty despite its minimal composition.
A Forest isn’t limited to the ambient or abstract, however. Several tracks would be finely geared to envelope any dancefloor – ‘Field,’ for example, which opens with a scratchy, dubbed-out kick before ascending with more of Löffler’s expertly crafted acoustic gems is as inviting for its intricacy as its bass.

Overall, I can find little fault with this release. The tracks individually exhibit a profoundly imaginative methodology, perhaps in terms of found sounds and field recordings somewhat more than sequencing, but nevertheless extremely interesting. The album as a complete work is aesthetically cohesive to a superb degree, and will doubtlessly be returned to for a long time to come.