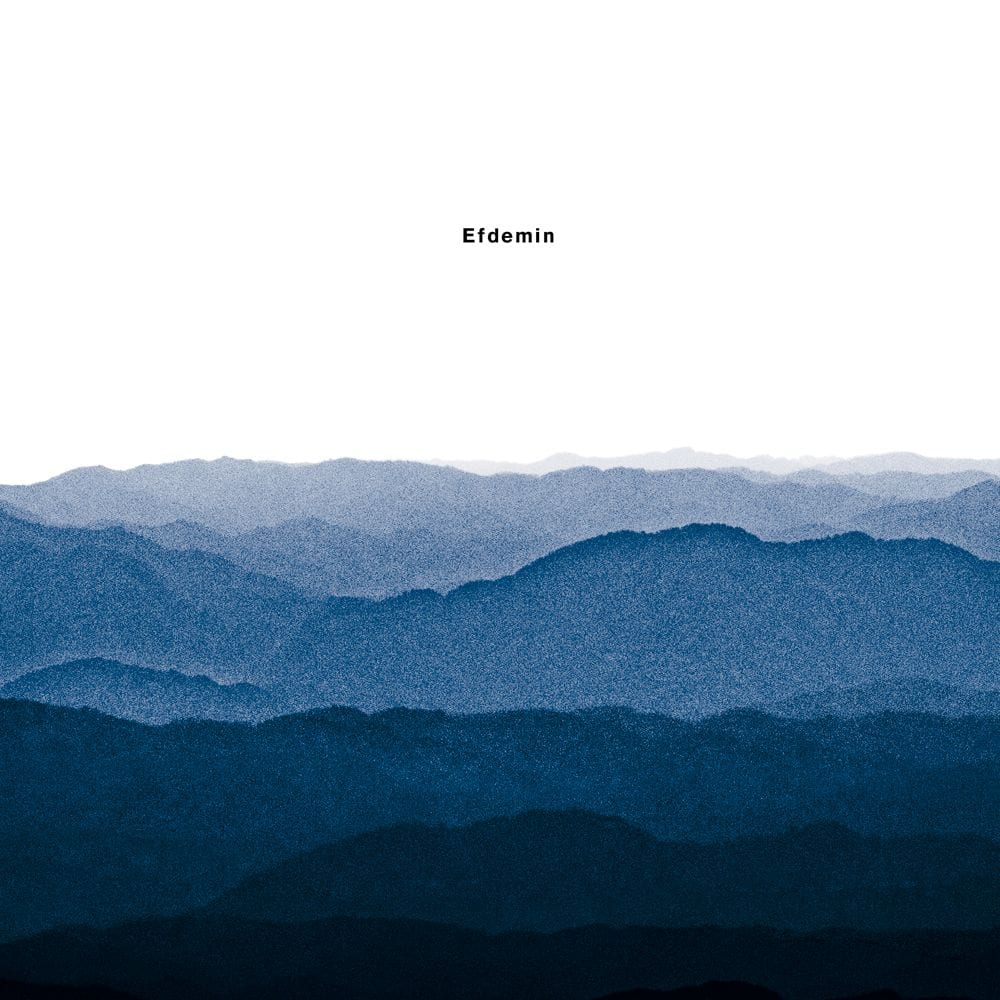 Efdemin has been a shining light in the deep house scene for fifteen years now. However, it has been four years since the man – real name Phillip Sollmann – last released an album on Dial Records. Following his debut eponymous LP in 2007 and Chicago in 2010, which were both crafted as pure deep house objects, Decay marks a step aside in Efdemin’s production.

Don’t be mistaken, Sollmann has neither changed his principles nor broken the continuity of his body of work with this album. Overall, it feels like a bifurcation. A necessary one.

Sollmann started producing Decay in Berlin and ended its composition during a three-month trip to Kyoto. One might think that he would have switched to a wider horizon, opening his music to the peculiar sounds of the Japanese culture and delivered an album that leans towards contemplation and light. In fact, Decay is made of a different wood, a much stronger and darker one.

While his previous LPs were drenched in the deep house potion from top to bottom then delicately tinged with a techno touch of his own, Decay quietly seeks something else. Instead of depicting the feeling of a landscape, Sollmann chooses to depict the landscape of a feeling. An ascension of one’s inner mountains and caves, like the ones you can admire on the cover.

The opening feels like a dive into his very own consciousness, developing a fascinating armature of feelings and external elements. A disembodied voice comes through and animates the tranquility of this imaginary land Sollmann is building between our ears. The voice quietly warns the audience about the upcoming experience, ‘my body isn’t listening to me’ before a mesmerising cascade of chimes and a rolling beat take you to another level of consciousness on ‘Some Kind of Up and Down Yes‘.

Then the pace accelerates, Efdemin’s pulsating techno takes off, from ‘Drop Frame‘ and ‘Transducer’ to ‘Solaris‘ and ‘Subatomic’. The groove leaves no stone unturned, with this pitch-perfect percussion raking up the greatest techno ghosts.

The bass levitates over a misty chain of clings and clangs in an industrial rhythm, but Sollmann gets back a little to his lovely deep house structures. ‘Track 93‘ sweeps along its hazy, cheesy vocals from Chicago’s golden age, raising them from a sea of heavy kicks and claps. The hypnosis reaches its conclusion in ‘Parallaxis‘, enlightening the end of the album with its chimes taking control.

The body still drifting in that mist-shrouded forest of steely tech-house, a voice guides you out: it’s that same disembodied voice, slowly repeating that will to ‘touch music with his fingers, touch sound with his living fingers’. Decay has lifted up Sollmann’s music to unknown and exciting heights. Peacefully reaching the summit of deep house’s Everest, Efdemin has the power to raise his music from abyssal depths to celestial enchantments with superior class.

Read our interview with visual artist Toby Cornish, who made the official music video for ‘Some Kind Of Up Down Yes’.

Discover more about Efdemin and Dial on Inverted Audio.