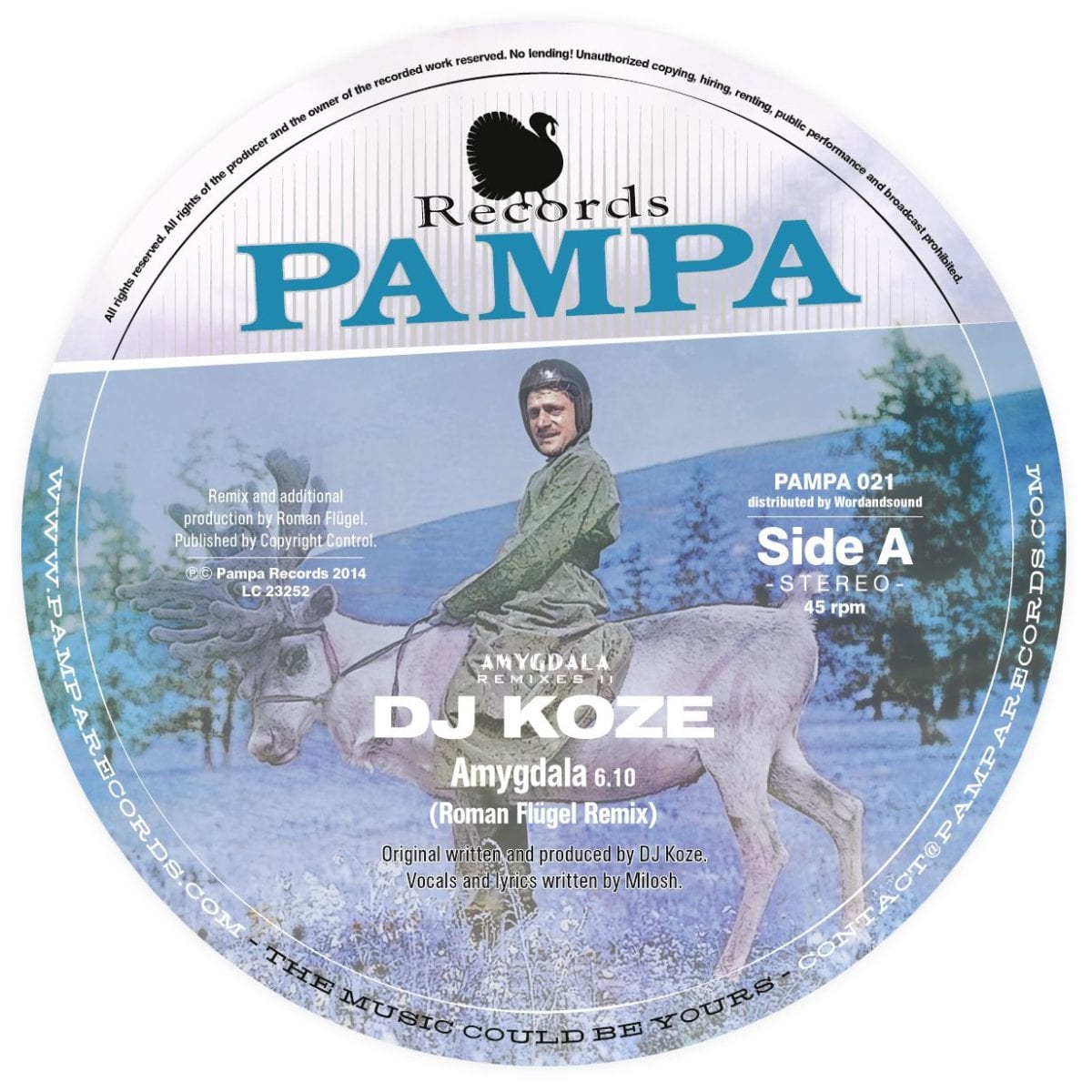 If you were to indulge in a game of fantasy remixer A&R, then the first names you’d pen to tackle the kaleidoscopic DJ Koze would most likely be Robag Wruhme and Roman Flügel.  As it so happens, more often than not the Pampa chief’s productions are firmly planted in the realm of fantasy. With the reality tables turned, it proves that this is one dream that has actually come true, as both step up to tackle a pair of tracks from the Amygdala long player.

Roman Flügel’s approach on the title track itself is a teasing one. ‘Amygdala‘ is taken through an opening stretch of breathless tension before subtly dropping into dappled harpish melodies. This transpires to be a feint, as this passage holds you in its grasp even further until gorgeous strains of xylophone set you up for the close.

Similarly, ‘Nices Wölkchen‘ is also run through the grand tease routine. Wruhme places the original behind a wall of water, allowing evolving shades of aqua to filter through to the other side. The release is once again restrained rather than euphoric, swaying into a velveting bassline and adding a blocky snare before allowing the water to rise once more.

Rather than a pair of tracks that flaunt themselves in one minute webshop snippets, we are left with dancefloor moments that are suited to parties hosted in moonlit midnight glades rather than strobe assaulted brickwork basements. It could be fair to say that both remixes do not represent the artists at their most sparklingly individual, but they work their way into your consciousness over time.