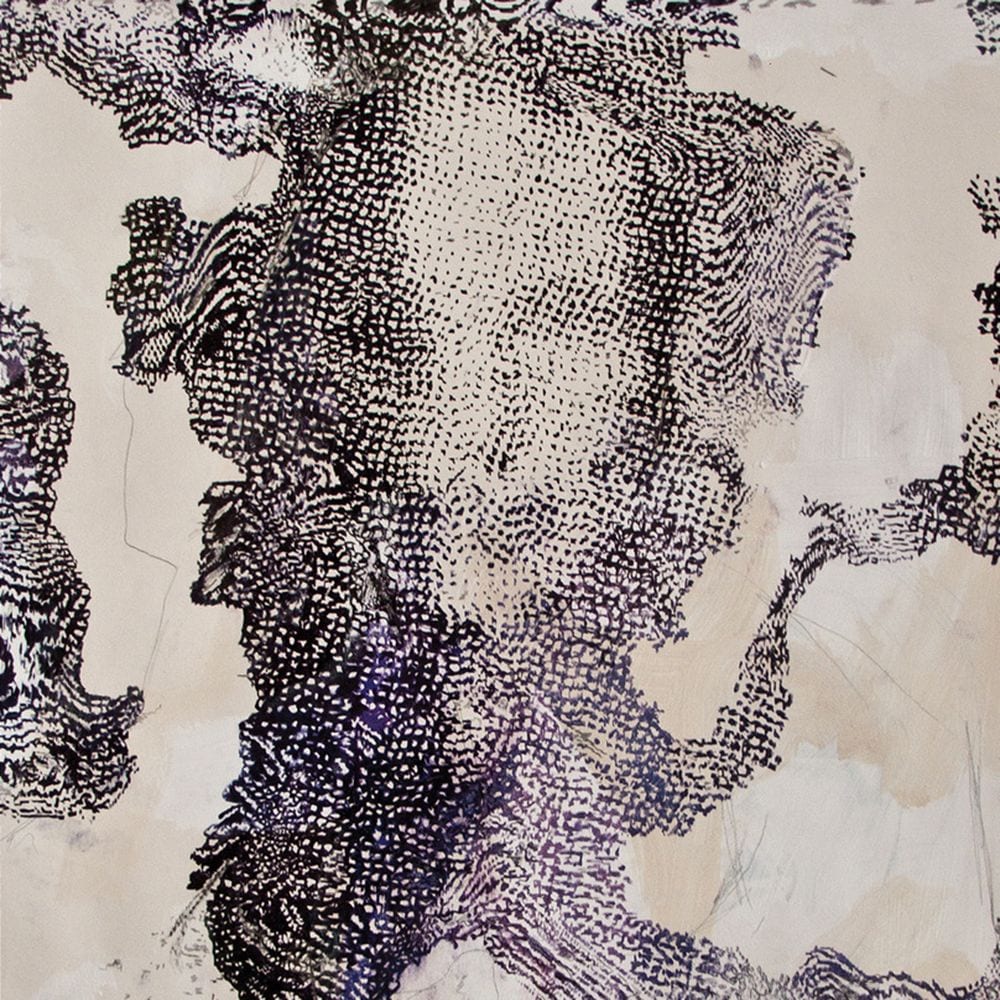 In FIS’s debut full length “The Blue Quicksand Is Going Now” Oliver Peryman continues to work abstract and experimental samples, although this time it follows less of a beat driven structure. The album is composed of 9 tracks, each around the 5-minute mark, allowing FIS to create thick textures that rapidly emerge and dissolve.

As stated in the press release, FIS wanted to create “… something that both viciously rips away and cascades with calm“, which explains the curious title. Giving vent to both serene and abrasive elements, the album convincingly realizes its conceptual potential.

FIS is inventive in his use of samples; “Ak“ resonates dense organic sound bits. “Social“ is equally as atmospheric, haunted with distant tribal elements. For its part, “Happy Alone” counts as the highlight of the album, offering a beautiful composition lead by pan flute samples that shine through undulating sound textures ; an invigorating track that ends far too quickly. These three tracks transition effortlessly into each other, “Happy Alone” hitting the climax mark.

Listening to this album requires a certain amount of energy and concentration. “Frost Pocket“ can be overwhelming with its string of loud pads and epic drum rolls. “Ebb“ intro shows some intense percussive work, which fortunately dissipates halfway through, giving the more serene-sounding elements of the track a chance to shine.

Moments of calm are made present in “Pedal“, unfolding a string of beautiful reverberating piano notes. However FIS is restless and adds a low-end rumble alongside scraping samples, which could be considered as being too busy.

This is the main critique that could be made of the album: there is always a supplementary sound to take away rather than enhance the listening experience. Busy and dense arrangement aside, FIS continues to intrigue and “The Blue Quicksand Is Going Now” makes for a worthwhile addition to his discography. It may not be the masterpiece we were expecting, it still makes for a well convincing journey nonetheless.

The Blue Quicksand Is Going Now is out now on Loopy, order a copy from Bleep.

Discover more about FIS and Loopy on Inverted Audio.