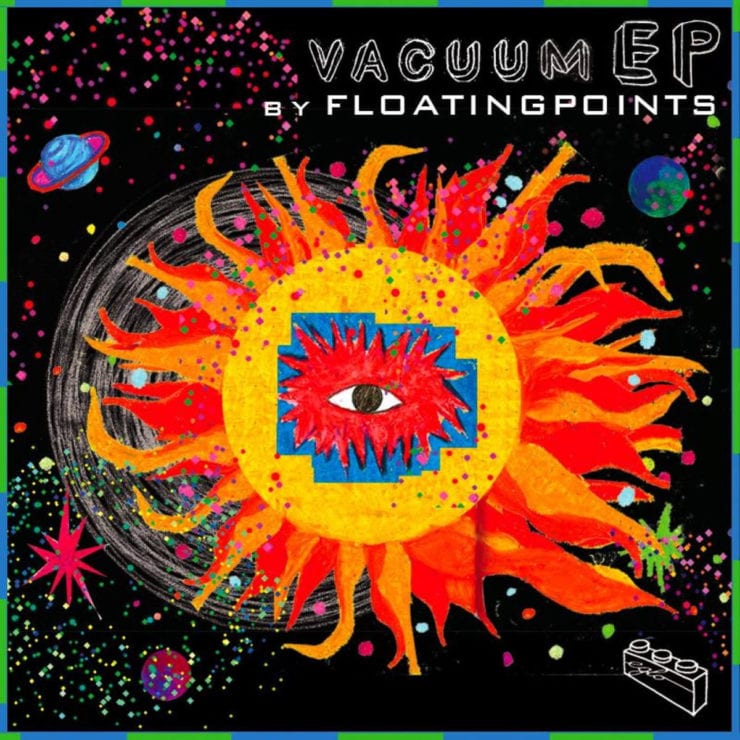 It wouldn’t be an understatement to place Floating Points‘, AKA 23 year old Sam Shepherds new EP as one of the highlights of 2009 after a string of releases this year beginning with the skip-hop of Eglo 7″ ‘For You’, through the electro-soul of ‘Love Me Like This’ and most recently ‘J & W Beat’, which has been hammered by every decent selector from Mary-Anne Hobbs to Eglo co-head Alexander Nut. This string of releases, although great in their own right, seem to have been building up to ‘Vacuum EP‘.

The first thing that’s striking about the title track is the groove, established by a deep, booming kick, which falls irregularly but is anchored by disco hats, before a shaker completes the shuffling effect. However, as much of a heady groove as this creates, what really makes this track is the melody. It’s difficult to pick out one controlling melody or hook, but listening to the track there must be at least five elements, all grappling for the limelight and simultaneously complimenting each other. The effect is both dizzying and blissful, and it is easy to see Shepherds classical background here: any followers of his on Twitter are regularly treated to performances of Debussy compositions and the like. And that’s what ‘Vacuum Boogie’ is – a composition, the synths working like an orchestra rather than just electronic sound. From here there is a slow build whilst the tune finds its feet, but when the bass drops? Game over.

On the flip, ‘Truly’ is structured quite similarly, with a keys line fitting between drum hits until the bass drops in a similiar way to ‘Vacuum’ and one of the most blissful chord hooks in existence enters the mix. This is one of the EPs main strengths: the progressive, loose intro which seems to fuse seamlessly into a full-on woozy epic in a second.

The final track on the EP, ‘Argonaute II’, is the most understated. It gently ripples with dreamy energy, underpinned with a sporadic lead line which stretches the length of the track until the fade out, though in all honestly ‘Vacuum Boogie’ and ‘Truly’ are the two which grab most attention. This EP finds Floating Points’ at his most coherent, taking elements from previous exploits and combining them into a House format, the relatively slow tempo of which allows him to be at his most melodic, which is where he really excels. Though there is still time for releases in the tail months of 2009, ‘Vacuum’ will no doubt be a definite highlight for many, and deservedly so.

A. Vacuum BoogiE
B1. Truly
B2. Argonaute II