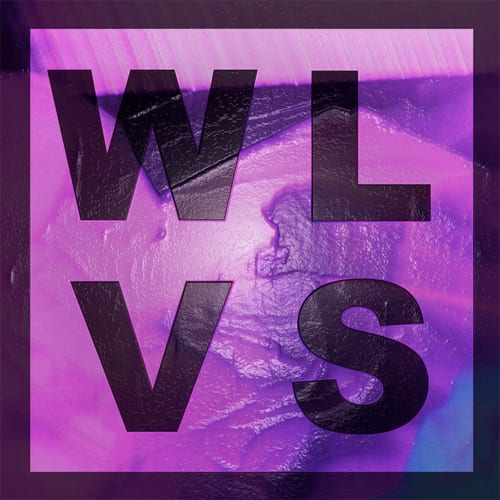 Belfast based Champion Sound Music return with their first release of 2013 in what is set to be a busy year for the label in their venture to support a growing wave of talented Irish electronic music producers. In this case, spotlighting the production team based in Dublin made up of Kevin Gleeson and Padraig Ryan, Ghosts.

Ghost’s previous self released EP’s earned them a well-deserved space in the dark/witch house online blogosphere with memorable tunes such as ‘Sniper Wolf’, ‘Goodbye Now’ and their Clu remix for ‘Evening Ever’. As I get deeper in their new EP I’ll try my hardest not to mention Burial‘s curtail impact, which without doubt has influenced Ghost’s crispy vinyl-popping beats.

With WLVS EP the duo showcase a more focused and boulder sound. The title track ‘WLVS’ emulates a solid intensity on a progressive 140 bmp dubstep tempo. Perfectly divided between nostalgic soundscapes and textural rhythms that tie together with Kevin Gleeson’s fragile and beautifully constructed lyrics “I’ve been hollowed out, excavated from the inside out.” Slowly pushing away the humanised vocal delivery, shifting into mechanical robotic echoes emulating a foggy, seductive and sweltering dance floor atmosphere. As I get into the second track ‘Escort Service’ the upbeat tempos remain sharp and on point. Nevertheless, a perceptible grime influence comes through with the thumping muscular bass line. Without a doubt, making it the dream instrumental track for any fast rhyming grime MC’s.

‘The City’ offers a much slower approach and gently submerges you into the second half of the EP composed of softer melodies and heavenly shoe gazed vocals, displaying their immaculate approach to song writing and driving into deeper melancholic territories. Closing the project off with the hypnotic ‘Not Now My Love’ with 5 lustful minutes of engulfing chopped up vocals and a grand textural atmosphere made out of dark ethereal synth patterns.

WLVS EP confirms Ghosts as one of the more exciting things to look out for in the UK’s bass music scene for 2013. Beautifully joining together excellent song writing and witchy two-step beats while simultaneously breaking new ground and taking the genre further. An excellent release and must have on vinyl.