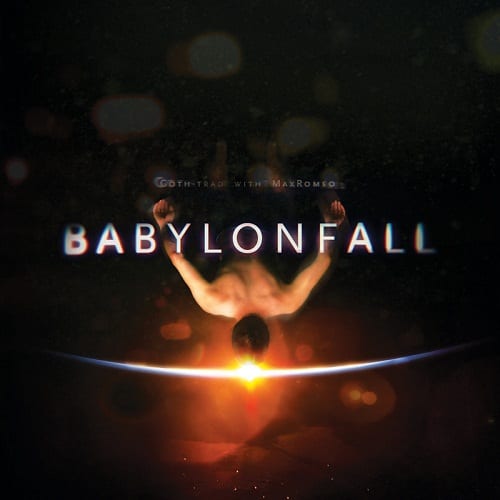 Next up on Mala’s ‘Deep Medi’ imprint is a return to the strictly dubwise music of Goth-Trad, the far east assassin, VS one of reggae dancehall’s most notorious voices Max Romeo. With over 10 years’ experience releasing various forms of dancefloor music, scoring arrangements for films and cultivating new talent in his native Japan at ‘Back to Chill’ events, it’s no surprise Goth-Trad has been trusted to collaborate with this vocal legend to produce a 4 EP on one of the UK underground’s most forward thinking labels.

The EP title track ‘Babylon Fall’ rolls in warm and easy with the slightly haunting cries of Max Romeo supported by dub delays and piano chords, before dropping onto a deep ocean of sub oscillations. Moving through, ‘Falling Leaf’ quickly reveals itself as an unashamedly dancefloor production with fast bass tones and eerie sirens delivered with spaciousness, the Goth-Trad signature. ‘Itinerant Priest’ continues this driven bass vein, introducing more dis-chord and syncopated bell taps. It’s the type of music to make you weak at the knees, likely to get pulled up on the rewind every time.

Rounding off the release is ‘Sublimation’, a track not to be underestimated just because it’s been left to the end. The closest I can describe to ‘liquid’ or ‘future dub’ with its undulating low-end and drawn out synthetic horns and strings, casually supported by a relentless djembe roll. It’s a vinyl like this that gets right back to the roots of what dubstep music was about circa. 2006 – 7, with bass heavy rollers heard through huge sound systems for the head down, lights out people of DMZ and FWD>> raves. An absolute gem for any DJ’s record bag, and a proud moment for the producer and label alike.