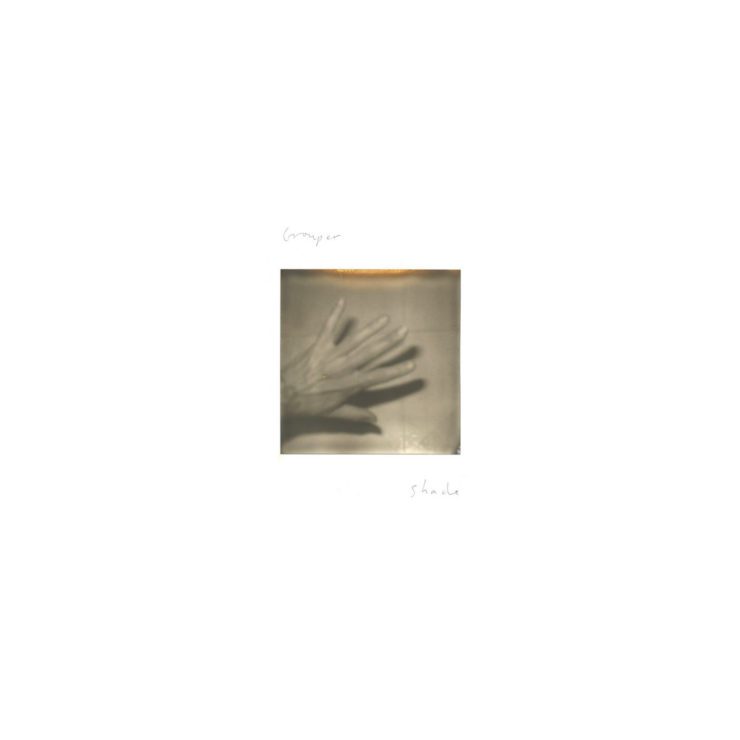 The world seems to be in a strange place right now. We’re standing at a crossroads, looking forward to long-lost futures, while simultaneously being haunted by unresolved traumas of the immediate past. Our lives have been turned upside down and we, after a collective free fall, have been unexpectedly and roughly thrown back onto ourselves, leading to a plethora of experiences and feelings, but especially those of isolation and solitude.

Following her previous full-lengths, the ephemeral, only 22-minute long ‘Grid of Points’ (2018), and her rather experimental ambient record ‘After its own death / Walking in a spiral towards the house‘ (2019), released under the alias Nivhek, Liz Harris returns to Kranky with ‘Shade’, her twelfth long-player as Grouper.

Inspired by her deep connection to the Bay Area and North Coast, the record manifests a collection of songs created over the span of 15 years, recorded between Mount Tamalpais, Portland and, more recently, her hometown Astoria in Oregon.

The timing for this record could not be better, one might conclude, with Harris being the undisputed mistress of delicately painting inner landscapes. She does so not only by exposing her own fragility and vulnerability so candidly, but by elevating these traits to her greatest virtues. Through that, Liz Harris creates a safe space for deceleration, repose and self-reflection, allowing the listener to face up to their own interior.

Unlike her previous records, which all seem be following some sort of golden thread, ‘Shade’ appears to be more of a collage than a coherent narrative. Considering that, as Harris mentioned in an interview with Pitchfork in 2018, she has about two hundred unrecorded or unreleased songs in her repertoire, the album and its fragmentary nature come across as an attempt to take inventory: What is there, what should be held onto and what could be let go of?

The often haiku-esque lyrics on ‘Shade’ circle around topics of flaws, loss, love and withdrawal, to name but a few, most of which keep reappearing as a leitmotif in Grouper’s writings. As grave as her words might seem, Harris usually delivers them in a very tender manner; rather than in cold print, it’s like reading between the lines, attempting to catch a glimpse of her vast, poetic universe. What strikes me in particular, is her ability to merge the lyric and sonic dimensions so elaborately; it feels as if her words are a natural extension to the soundscape and vice versa, creating a strong onomatopoeic quality, intrinsic to her works.

Musically and sonically, Grouper’s latest album seamlessly gets in line with the rest of her discography. After two LPs – ‘Ruins‘ and ‘Grid of Points’ – of exclusively using the piano, Harris seems to have taken a few steps back and drawn inspiration from  the time before ‘Ruins’, having resulted in a return to acoustic guitar as her main instrument.

While the majority of songs clearly putting emphasis on the unison between the guitar and singing, effortlessly creating the lush and reverberated sound palette she is best known for, others include elements which are equally important in shaping the aesthetic dimension of ‘Shade’. In this case, it’s a spectrum of noise, the tape hiss and field recordings as an allegory to the natural environment Harris has been inspired by, combined with a strong element of silence, speaking in Cageian terms, which all together contribute to the oneiric quality of the record.

One song, in which she repeatedly tries to record a section, rather resembles an outtake than a finished composition; by providing such an insight into her work process and, through that, openly exposing her flaws as well, she manages to create an even more intimate and personal atmosphere.

With ‘Shade‘ being a little more unconventional than her previous records, Liz Harris once again proves to be an artist who is capable of encapsulating the subtle gradients and gentle movements of the soul, which usually get drowned in the chatter of everyday life. Most of all, it inspires a sense of longing and nostalgia — the German expression “Fernweh“, for which there seems to be no appropriate translation in English, might be even more suitable.

More personally speaking, I am grateful for this album to be released at this point: As frail as it might come across, it can serve as a shelter, allowing us to cope with the still frequent moments of feeling overwhelmed by the world getting back on track and to find stability within the new normality we still have to settle in.

‘Shade’ is scheduled for release 22 October via Kranky. Order a copy from Bandcamp.