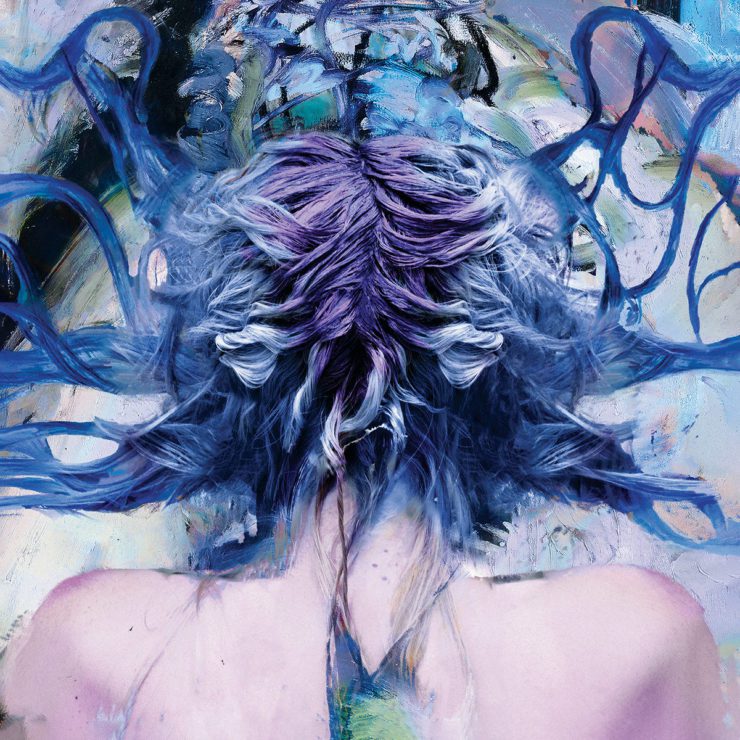 Of all artists to do a remix album, Lyra Pramuk is probably one of the most fitting. ‘Fountain‘, Lyra’s debut, composed of stripped-back fragile vocals, beautifully complete as songs themselves, also fit splendidly as part of a whole. ‘Delta‘ lands upon ears ready to receive.

From the offset, looking at the contributors, it’s heartening that Pramuk sees the potential of her music as one element of a whole, unsurprising, considering her musical training. The contributing artists represent a musical circus, including self proclaimed ‘High Priestess of the Motherbeat’ rave-loving DJ and trans activist Eris Drew rubbing shoulders with 180bpm double act Gabber Modus Operandi, electroacoustic composer Caterina Barbieri and even Hudson Mohawke. As Pramuk selects relative newcomers alongside more established artists, the album quality withstanding leads to a greatly varied, exploratory LP.

Kara-Lis Coverdale’s track, ‘Returnless’ is probably what you’d imagine dreams to be like having never had one. Vocals very reminiscent of Miyako Koda’s ‘In the Shadow of Jupiter’ float through the entirety, leaving and (ironically) returning once more, track through Lyra’s spectacular vocal range. Talking of dreams, KMRU reconstructs the album by mixing samples from Fountain, building layer upon layer of the tiniest part of Lyra’s original vocals, creating a cosmic journey rich in tone and texture. And on ‘Witness’, Colin Self does well to preserve the fragility of the original, keeping it swelling with dramatic synth and a satisfying beat.

Elsewhere, Vessel creates one of the most multifaceted and enjoyable songs of the album. Adding violins, highly-strung synth, ritual-esque beats to a myriad of samples from the original Fountain, he brings in piano to a dramatic close.

As a Kanye West affiliate, Hudson Mohawke is perhaps the most well-known name on Delta and his Midnight Peach rework of ‘Tendril’ is unsurprisingly well-produced. But it overdoes the hand claps, which brings to mind a barbershop quartet. A pity as otherwise the song did well to bring pop to the proceedings. Everything in moderation!

As a sucker for a voice sample, a personal favourite from Delta is Eris Drew’s tantalisingly-named ‘Sugarcube Revelations’. Sampled from a 1994 rave video, we can only guess what exactly was on this sugar cube as the track trips through an eerie spiritual discovery, with Lyra’s vocals forefront. Another standout is Gabber Modus Operandi who vamp up Lyra’s choral vocals with bass-face inducing reverb and relentless beats swelling into a dramatic finale.

Whilst the order of the songs appears somewhat random – TYGAPAW’s unabashedly hard, pounding number doesn’t fly as a closing track, especially after harpist Naliah Hunter’s haunting Distant Shores rework – the album is, as a whole, excellent.

That one vocal album can produce a fantastic array of tracks: the revitalising ambiance of Caterina Barbieri’s take on ‘Tendril’ to TYGAPAW’s dance-hard ‘In Pisces Rework’ and the funky house of Eris Drew’s ‘Everything is Beautiful & Alive’ is: an education.

‘Delta’ is out now via Bedroom Community. Order a copy from Bandcamp.