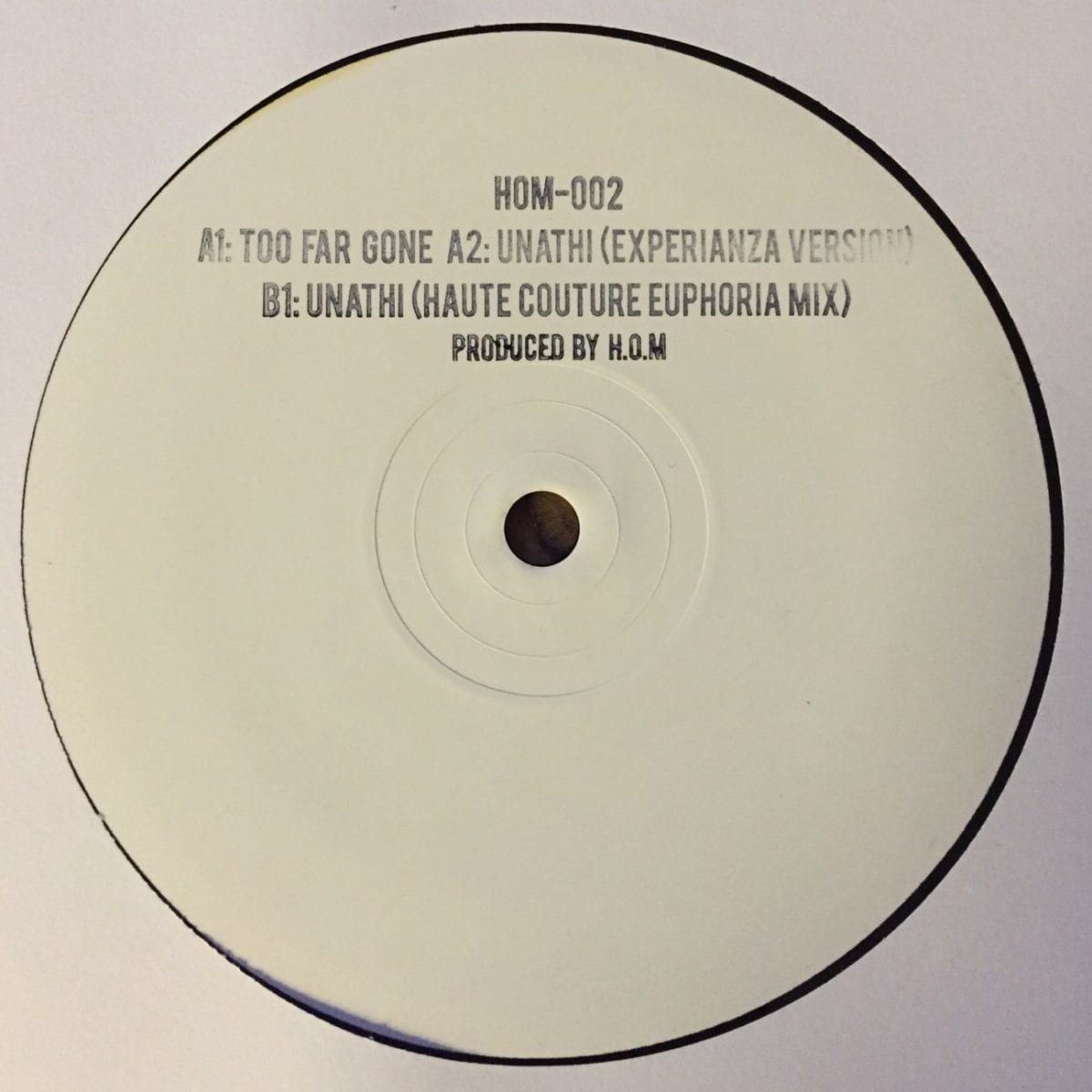 It’s been almost a year since H.O.M.‘s debut slab came out in the open and what an underrated onset it’s been. Following up to the success of their enticing first outing, the secretive Berlin imprint serves up an opulent second platter that’ll rejoice everyone wishing for utmost seasonal contrast… and the result is clearly keeping up with the standards set by HOM-001.

Melding Cuban percussions with a balearic timbre, the mysterious entity behind this new instalment dishes out a lavish jungle reverie tinted with penetrating mannerisms of ambient and deep-house – straight in the wake of DFC’s finest atmospheric cuts and Larry Heard’s ‘Sceneries Not Songs‘ era.

‘Too Far Gone‘ uncloses on a minimal techno tonality that progressively blooms into a multi-layered conflux of ambrosial pads and tempered claves, ebbing and flowing from darkling depths to sun-bathed crests before throwing a naughty funk vibe halfway into the track. An additional swing that nicely counterweights the track’s horizontal evolution.

The two versions of ‘Unathi‘ delve even deeper into the latin percussions’ savoir-faire of its predecessor. Whilst the ‘Experianza‘ take offers a crazed bongo-driven backspin, relying on the vividness of its predominantly improvised structure, the ‘Euphoria‘ one pays tribute to the Balearic scene with its reshuffled cortege of idiosyncrasies.

Pounding away its addictive bassline in an ocean-floor of warped piano stabs and flute-esque languishing caresses, the flip closes the trip in spectacular manner. Be it for the cohesiveness of its colourful whole or its immediately striking yet time-proof charm, HOM-002 is certainly one to keep the hype duly growing around H.O.M.’s incognito squad.