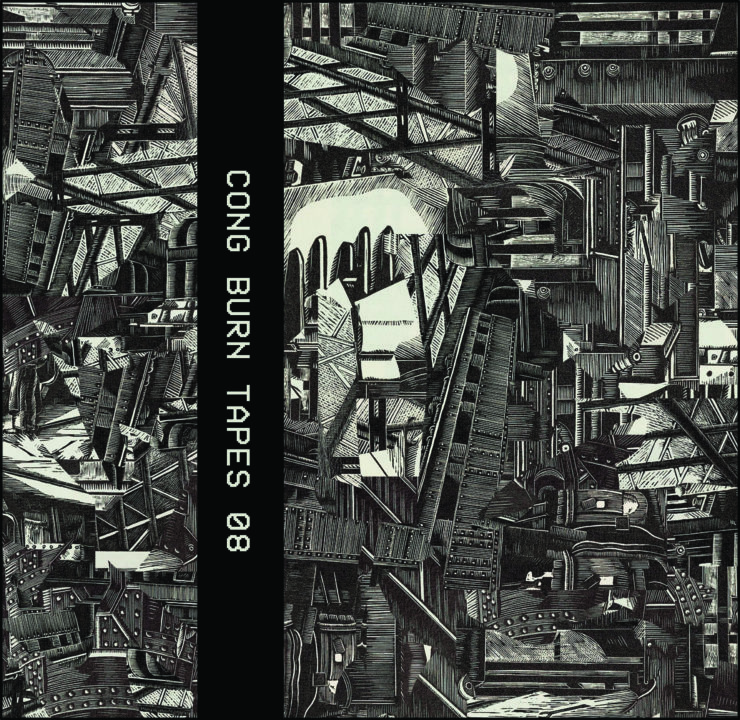 Howes’ ‘Cold Storage‘ begins like a religious ceremony. As wavering, distant tones gently mutate and reform into a voltaic, crackling buzz, a monotone pulse sounds at stately intervals, like a gong announcing the long-awaited commencement of some obscure and solemn ritual. Listening to the record almost feels like stumbling across such an occasion: observing unprepared and uninitiated the private creative rituals of an artist communing with sound, witnessing unbidden an event both profound and unintelligible.

Salford-based producer John Howes records abstract, generative music on cassette tape using a modular set-up, and his brief but exploratory discography has seen him traverse the border between individualist dance music and expressive sound art with ease. Though he has some background in club-focused recordings, the majority of ‘Cold Storage‘ is free-form and experimentalist, the sound of an artist exploring his tools and their exponential capabilities.

Howes’ music shares a vision with artists like Actress and James Holden, producers that gesture towards the idioms of the club, loosely sketching its rhythms, only to repurpose them in the service of more abstruse and personal ends.

“04” is an exercise in tension and suspense, recalling the hyper-minimalist approach of Pole and Klaus while hinting at the limitless space and subterranean resonance of early dubstep. “05” builds on this, threading a distorted lead through ephemeral textures and modular glitch work to produce something not far removed from Blawan and Pariah’s work as Karenn. Three minutes in, there’s an unexpected pause, before the elements regroup to form a jagged, mid-tempo bruiser that wouldn’t sound out of place on a 2012 SUNKLO release.

The rest of ‘Cold Storage‘ is far harder to place. Many tracks feel like fractured puzzles, impossible to put together, with warped percussion, spectral oscillations and analogue scribbles often competing for the listener’s attention. Melodies appear, but are deeply fragmented, tripping over themselves in patterns that defy identification. There’s a liminality, a sense of “between”, that permeates the record in both style and approach – it hovers between genres, between composition and improvisation, between order and disarray.

Howes is unfazed by demands for structure or symmetry, recording music that’s experimental in the word’s most direct sense: you feel as if you’re hearing him experiment in real time, using synth patches like Jackson Pollock’s paintbrush, throwing frequencies at the canvas and seeing what sticks. It’s a mesmeric chaos, and despite its apparent formlessness, it rarely feels random or unconsidered, just weird, cryptic, and at times, beautiful.

The paradox of abstract music is that it can be at once deeply personal, rich with feeling and emotion, while expressing nothing concrete. With numbered tracks and a succinct title, ‘Cold Storage‘ seems without reference, a series of sounds seemingly left to speak for themselves. Yet at its finest moments, the album points towards hidden depths, wells of inchoate meaning that speak volumes without saying anything at all.

“03” is a sonic sculpture, a study of two materials: one pad sound, infinitely deep and enveloping, is contrasted against the luminous shimmer of another as the sounds shift and regress, folding together like impossible shapes in an alien geometry. “07” floats garbled arpeggios in a phantom analogue ether, before giving way to the album’s final and most affecting moment. A cluster of empyrean tones, a vast and interminable chord that floats like a slow-moving cloud over a darkened plain, stretching across the horizon and casting a faint and spectral glow. This is a sound not to understand, not to analyse, but to fall into, or sit beneath in awe.

‘Cold Storage’ is scheduled for release 11 February 2019 in a limited run of 50 cassettes and digital, order a copy from Bandcamp.

Discover more about Howes and Cong Burn on Inverted Audio.