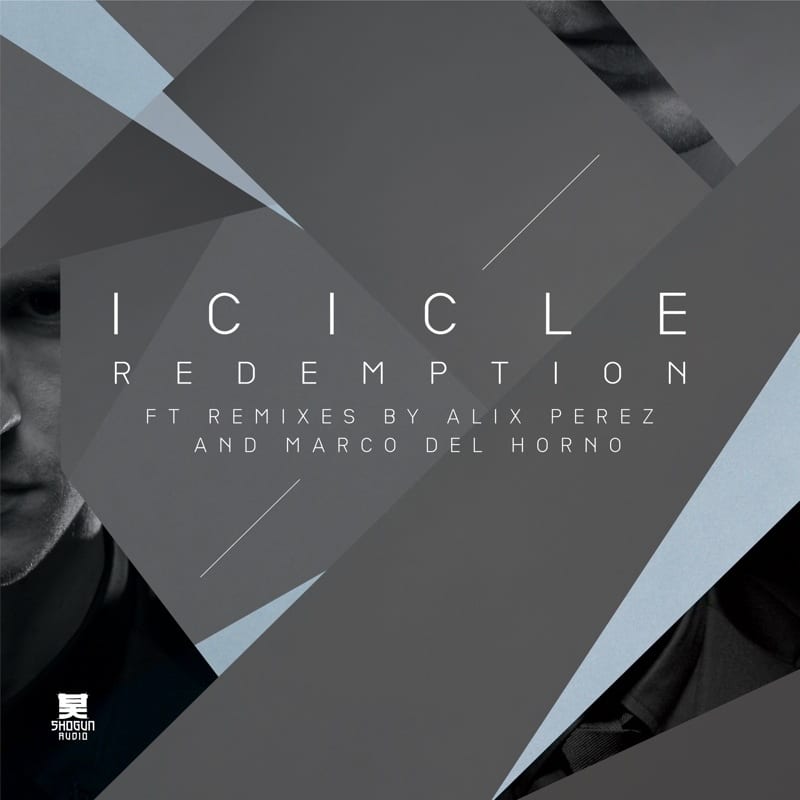 After releasing his brilliant debut LP, ‘Under the Ice‘, back in April, it was clear that Icicle AKA Jeroen Snik would continue blessing us with more genre-expansive releases throughout 2011. His latest EP arrives in the form of ‘Redemption’ – a very tidy digital-only package containing his standout eponymous single, two crafty remixes, its instrumental and a long awaited dubplate.

As one of the major highlights of ‘Under the Ice’, ‘Redemption’ was a stomping 140BPM number underpinned by a fresh view of house and techno. It also featured Robert Owens on vocals, as Snik’s signature bassline work slithered throughout a percussive outlook, colourful pads and a leaping drum track. It stood out as one of Icicle’s brightest tunes to date, and could slam techno clubs as readily as it did dubstep raves.

Next comes drum & bass wunderkind Alix Perez’s take. Continuing his advanced take on drum & bass, Perez’s twitching dancefloor anxiety and and mid-range work ticks all the right boxes. It also proves the versatility of Icicle’s productions, regardless of their original speed. This remix will definitely slay crowds from Fabric to eastern Europe.

House producer Marco del Horno then provides his own reworking of ‘Redemption’, readily applying a tribal aesthetic in a thumping 4 x 4 rendition. It works surprisingly well, and carries Snik’s twisting bassline along a steady trajectory; providing an accessible gateway to an audience much wider than Icicle has seen before.

‘Galacticstep’ marks the latest of Icicle’s consistently original dubstep jaunts. Although left off his LP, this hotly anticipated dubplate lends further credence to the argument that Icicle has been one of the most important 140 producers of the past year. It snaps hard, yet remains comfortable in its gargantuan space, working away over Snik’s colourful trademark stabs with stark efficiency.

The title track also appears as a club-busting instrumental; a heavy handed DJ tool in its own right, aimed for those wishing to pull off their own devastating mix of the tune. It’s certainly a generous offering to round off the release.

‘Redemption’ illustrates that Icicle’s mindset towards breaking down the barriers between these sounds is still unrivaled in execution. It opens up avenues to the unique point that allows not only dubstep, drum & bass and house heads in on proceedings, but openly celebrates Icicle’s versatility as a dancefloor-conquering maestro.

Limitless in genre as it is accessibility, this EP is far from stopgap filler, and will draw these competing scenes ever closer. It’s a statement of open-minded intent that allows Icicle to flourish, wherever he chooses to apply himself.