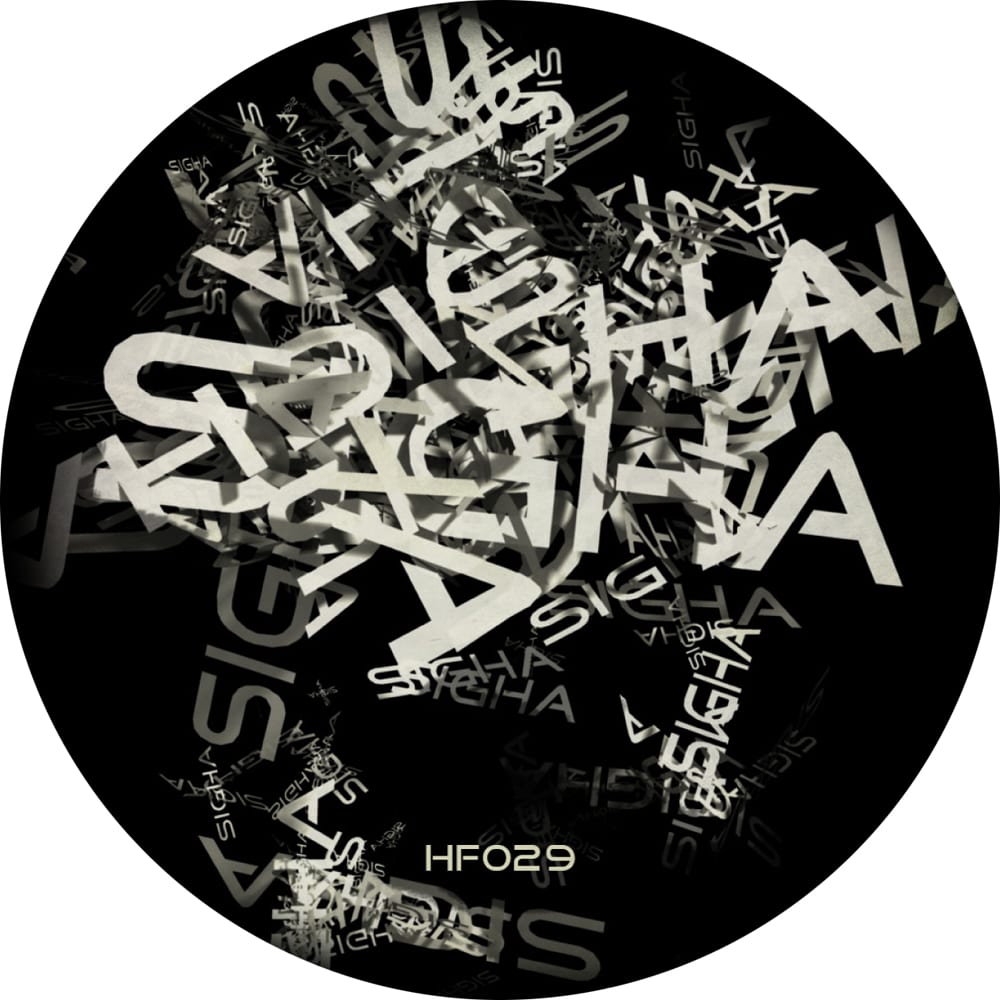 Let it be known that Sigha AKA James Shaw was the first producer to commit exclusively to producing hard-line techno for Hotflush, quite early on. As other label mates sought clarity in revisiting the ghosts of garage and experimenting with funky, throughout these recent years Sigha has always traversed the lean tightrope between Berlin and the Birmingham sound. Shaw is also renowned for his spot behind at the counter at BM Soho, as well as for curating his own label, Our Circula Sound.

As a producer, Sigha has quietly continued honing his heavily underrated output. Sigha’s excursions here are evidently rooted in a thumping, dizzying and fractal sound just below 130BPM that’s clearly made for the Berghain, but works in any club context.

Whilst each tune on this self-titled EP aims for a similar outcome, what’s most intriguing is that Sigha always takes a slightly different path in reaching his final destination.

As much as this is possible, ‘HF029A1’ is upbeat, and provides the EP’s heaviest dancefloor number. It traverses a broad spectrum of suspenseful frequency contortion that strafes away from the open dub-techno of 2009’s classic, ‘On the Strip’. ‘Sigha EP’ retains this loose circumference of Shaw’s past works, but forces his spatial awareness into harder and darker places.

‘HF029B1’ is the EP’s best cut, and adventurously applies the industrial aesthetic of the genre, maximising its utility for the club. It’s a distant ode to late nights past, as whirring tones sift over crushing stabs and crackling percussive hits.

Closing number ‘HF029B2’ is an ambient, beat-less number, reminiscent of a substation as it is an abandoned factory or mental hospital. It’s dreary, and operates on an abstract sense of paranoia and doom. It’s a fitting endgame to the 20 minutes of robust techno that precedes it.

The ‘Sigha EP’ ultimately marks a refreshing detour from Hotflush’s two year-long flirtation with post-dubstep, and continues Sigha’s outstanding contribution to the imprint. It’s clear that both Sigha and SCB will continue to bless us with this twisted, invigorating sound, well into the future.