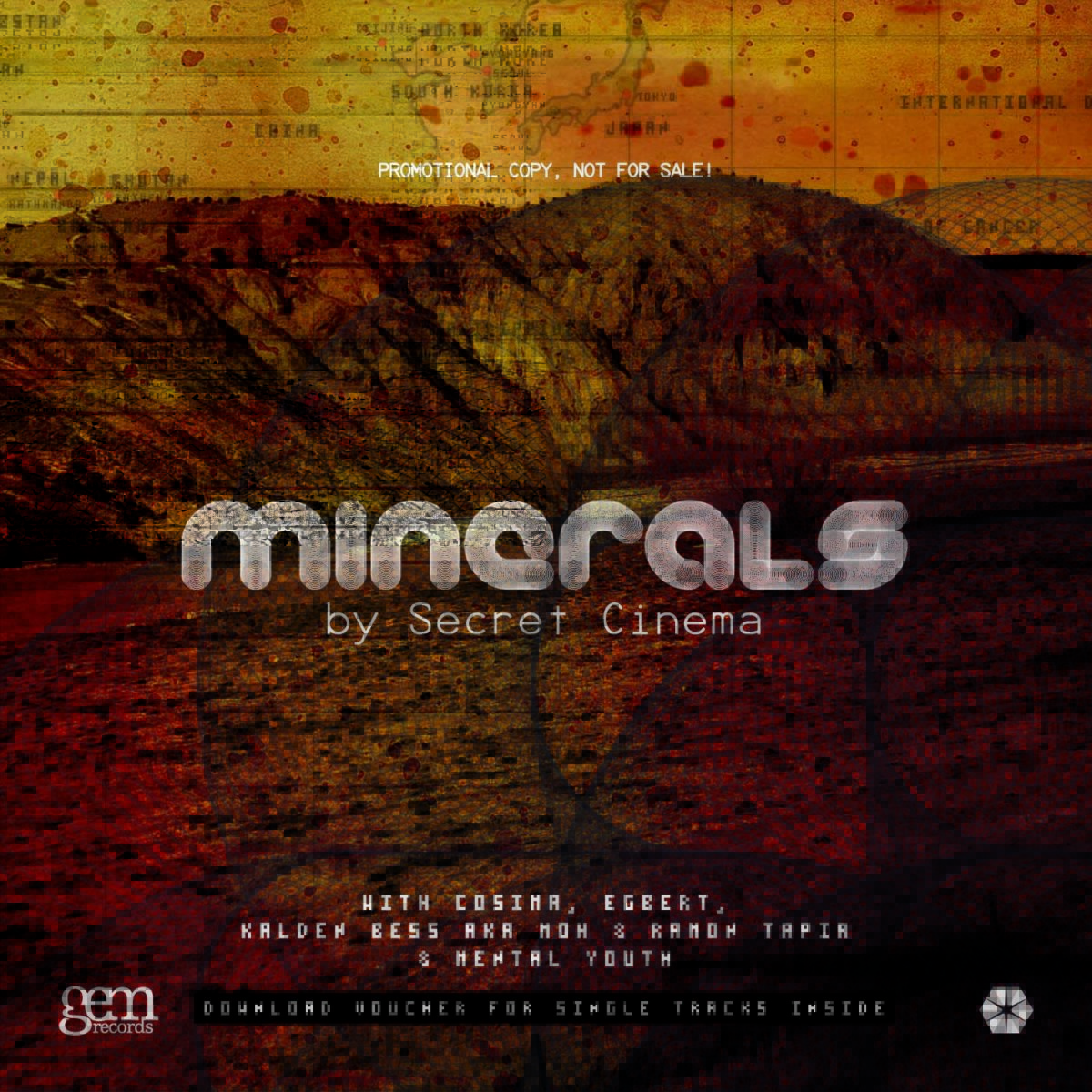 After 18 years of solid releases, predominantly for close compatriot Michel de Hey‘s equally-reliable EC Records, Jeroen Verheij has emerged as arguably the Netherlands’ most consistent techno producer. In that time he’s carved himself an niche through idiosyncratic output as Grooveyard, Meng Syndicate and others, but its his work as Secret Cinema that speaks most highly for his ability to balance raw groove with melody and depth, and this, the first full length release on his own 2009 startup Gem Records, seemingly finds Verheij at the peak of his dancefloor-animating powers.

The album itself is organised around the characteristics of the titular minerals, something that could seem a conceptual gimmick were it not for the fact that each track seems to convey the properties of its title substance remarkably well. ‘Smooth Talc’ entwines successive layers of rich harmonic pad texture around an unfussy tech house groove, ‘Crystal System’ (co-produced with Trapez mainstay, Ramon Tapia) and ‘Turquoise’ emit scintillating shards of organ chord over powerful, skittering sub-heavy beats, while both ‘Smoky Quartz’ and the Kalden Boss co-produced ‘Mohs Scale’ – the metric for a rock’s hardness – are the most straightforwardly peaktime cuts on offer, replete with ecstatic breakdowns, haunting synth motifs and the kind of disembodied, low pitched vocal manipulation that remains enduringly effective on dancefloors. Each track also segues neatly with the next, completing the feeling of an overarching narrative rather than a disparate set of club tracks.

Diversity of tone can, however, also be found, and not just via the obligatory beatless intro. ‘Topaz’, produced with the young Dutch tyro and Cocoon alumni Egbert, firmly priorities depth and atmospherics over bombast, likely to be used by many a DJ to ‘settle down’ a set around the midway point. Personal standout ‘Caught In Amber’ occupies the penultimate slot with a synergy of Drexciya-esque dissonant arpeggios, the resampled chord pads of techno ubiquity & an endlessly undulating sub bass, all reaching a surprising denoument in some wonky, two fingered synth work.

Again demonstrating an adeptness for track sequencing that’s rare across the genre, this seamlessly gives way to a mournful beatless closer of some considerable beauty, nicely preparing us for CD2’s collection of ambient sounds taken and re-assembled from CD1 in conjunction with Rotterdam’s Mental Youth. It’s an innovative idea, and listening to the full scope of Verheij’s non-percussive sound design and grasp of melody in isolation – previously only obscured by his consummate control of rhythm – it becomes abundantly clear that we’re in the hands of a master.