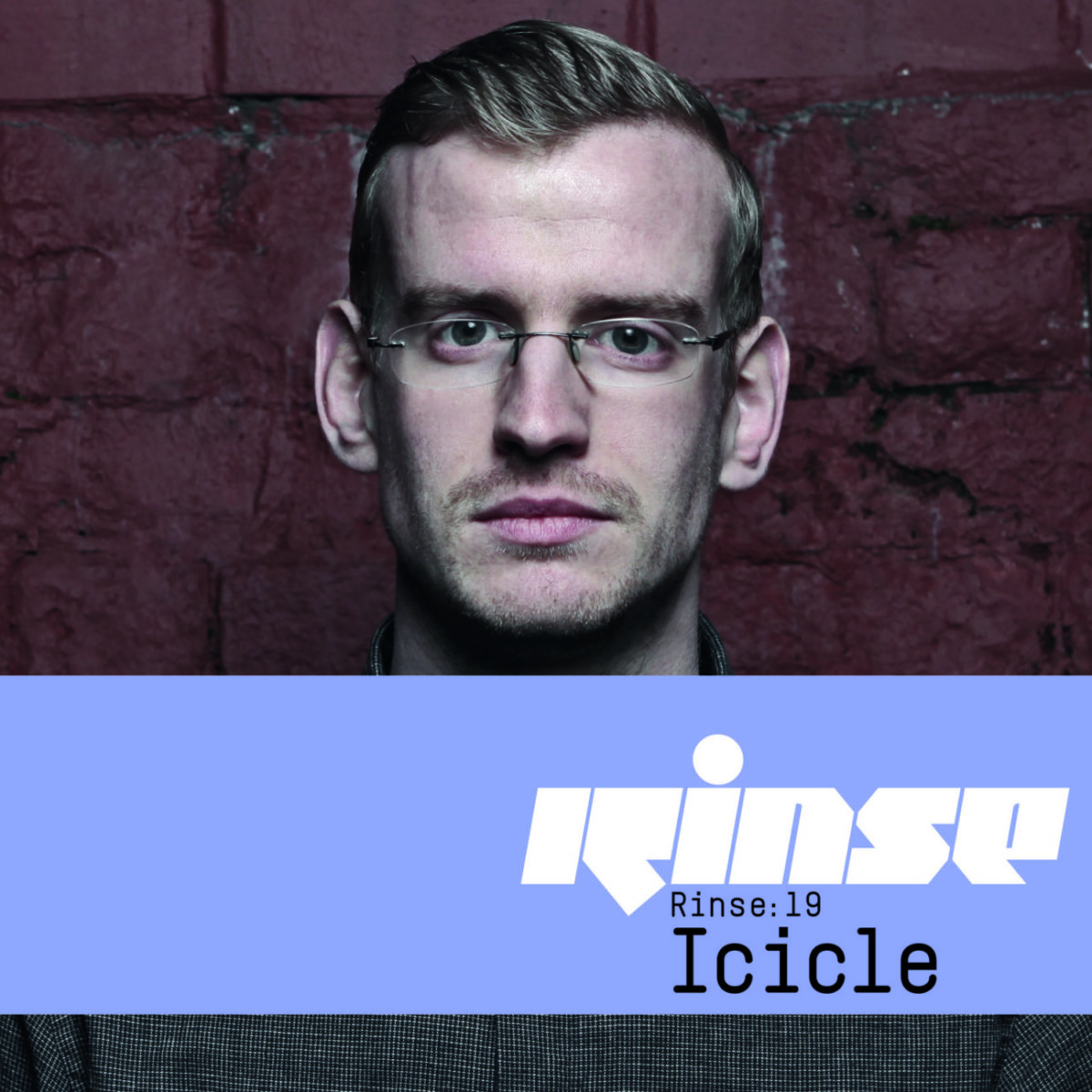 As one of the most resolute breakout artists in underground dance music in the past few years, Dutch production maestro Icicle (aka Jeroen Snik) has played a heavy hand in the recent coalescence of the modern holy trinity of drum and bass, dubstep and techno. His debut LP, ‘Under The Ice’, was one of 2011’s strongest mission statements; journeying well beyond the traditional aesthetic borderlines of these initially competing sound cultures.

Following on from his marquee stints on Rinse FM for Shogun Audio and those frequent b2b appearances alongside the mighty Youngsta, it’s highly appropriate that we now find Snik at the helm of the 19th edition of the station’s long-running compilation series.

Icicle delivers a heavy set of the above, moulding the stylistic contortions of these bleakly chromatic industrial flavours seamlessly in the mix. Snik’s foresight as a selector ensures he steps fluently across dozens of BPMs, as his own true to form cuts and those from Distance, Rockwell and Sabre run in tandem with exclusive dubplates by Locked Groove, Clarity, Splinline and Youngsta, amongst others.

‘Rinse: 19’ begins on a slower Berlin flex with Icicle’s own strain of ‘Deep Tech’ and Locked Groove’s bubbly ‘Centraal’, before trekking into percussive dubstep terrain, as Snik leans effortlessly from the high octane excellence of ‘Kick In The B’ into the shuffling growls of ‘Searching’ and ‘Monday Luv’. It’s a feat Icicles pulls off constantly, as Snik rapidly shifts up and down in tempo without even a hint that the dancefloor’s mood has been altered.

The mixes’ thick core is predominantly laced with 140BPM highlights, which provide the key interconnecting links between the slower and faster characteristics of techno and drum and bass. Big ones from Icicle, Proxima and Sleeper & District all hit hard, as the rolling trek of J. Robinson’s ‘The Masaai’ and the raging techy-dubstep of Killawatt’s ‘Centipede Effect’ prove wholly conducive of the ‘two-thump’ fullsteppers that litter Icicle’s tightly-woven sets.

Youngsta’s debut solo production and Spinline’s first ever dubstep tune also make brief appearances, as reload cuts like Icicle’s ‘BNC’ somehow provide a gateway into the melodramatic d ‘n’ b of 17 year old (!) Clarity’s majestic ‘Other Sights’ and the brooding temperament of Rockwell’s ‘The Rain’. This intergalactic 170BPM scatter-play continues further into space through hyperactive bangers from Spinline (‘Alien’) and Sabre (‘Halo Danger’), before peaking with the conclusive manic sprint of Icicle’s ‘Full Moon’.

‘Rinse:19’ simply feels like a wider family affair for Icicle and the strong crew of producers he is pushing – primarily those working amongst the complex frameworks propounded by UK powerhouses Shogun Audio, Tempa and Critical. With its focus on this very specific breed of technically-minded producers who are driven by modulation and incidentals (as opposed to melody), ‘Rinse:19’ is definitely a huge forward push for everything Icicle’s been representing in recent years.

What’s most notable about this mix (and Icicle’s work in general) is that all of this music is technically ‘soul-less’ and devoid of melody. With Icicle at the fore of this movement, the emphasis is on modulated aesthetics and cerebral rhythmic cacophony. This purely reductionist approach to melodic palettes taken by these producers means their work is not driven by traditional musicality; instead it’s primarily centered around form and function as a rave-energy conduit. The only guidelines here are steppin’ rhythms and other-wordly bassline contusions, as this highly disciplined, practical insistence upon production finesse is at the highest level it’s ever been. The fact the engineering bar is now raised so high is perhaps what truly links these artists and sounds, as Snik and co. continue to transcend any superficial barriers left between them.