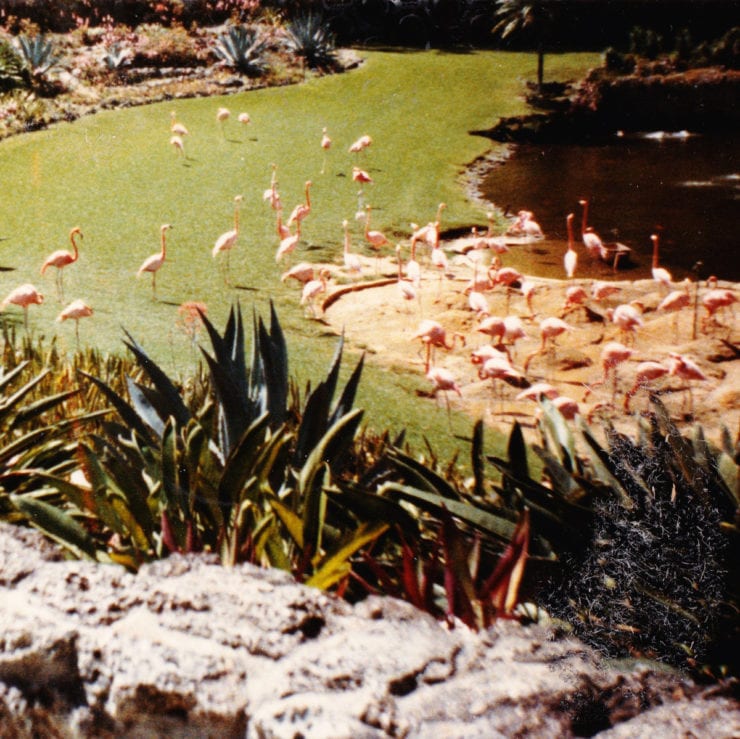 In 2012, Cleveland-based noise band Emeralds released their final album ‘Just To Feel Anything‘ on Editions Mego before suddenly disbanding. But members John Elliott, Steve Hauschildt, and Mark McGuire have been far from inactive since. Besides running Editions Mego’s child label Spectrum Spools, Elliott has had a steady output on his own Mineral Disk label by the name Imaginary Softwoods. Under this alias, Elliott embraces an organic style in his work, especially on 2016’s ‘Gold Fiction Loop Garden‘.

Three years after its initial release, ‘Gold Fiction Loop Garden‘ finally receives a widespread release from Field Records. On this album, Elliott introduces a minimal style to his sound. The album has an entirely natural aesthetic, not unlike a majority projects from Imaginary Softwoods. However, Loop Garden sets itself apart in its brevity.

No track exceeds five minutes in length which makes the album more consumable than the monolithic noise compositions from Emeralds. Instead of evoking an entire narrative in a single piece, he forges soft looping motifs that act more as static images than moving parts. While this limits the possible scope of his sound, Elliott recognises the principle of quality over quantity. These brief compositions help visualise nature through repetition and balance.

Take ‘Yellow Calcite II‘, whose bubbly synth sequences erode into silence, providing the perfect transition to ‘Anterograde Stone Remedy’. On this piece, Elliott uses an eerie ambient loop that would fit perfectly in an episode of Twin Peaks. This underscores his ability to shift moods on a dime without it ever feeling too abrupt.

Despite the repetitive nature of these tracks, Elliott’s sound rarely lacks emotion. On ‘Memory Loop‘, he envisions a fuzzy melody that drifts in and out of the foreground. In many ways it resembles the nostalgic sensations of early Boards of Canada, while still brandishing Elliott’s unmistakable sound. The sinuous passages beckon the listener to mingle personal experiences with sound. Imaginary Softwoods encourages people to take to the outdoors rather than be trapped on the internet. ‘Gold Fiction Loop Garden‘ is the perfect soundtrack to a day spent foraging for mushrooms or a long walk in the park.

This project does not introduce anything new to the world of synthesizer music. Elliott builds off grounded styles, helping to cultivate a sound heard consistently in his music since its release. This is an album of introspective ambient music that soothes the soul. ‘Gold Fiction Loop Garden‘ will leave listeners waiting for the next Imaginary Softwoods.

‘Gold Fiction Loop Garden’ is out now via Field Records. Order a copy from Bandcamp.