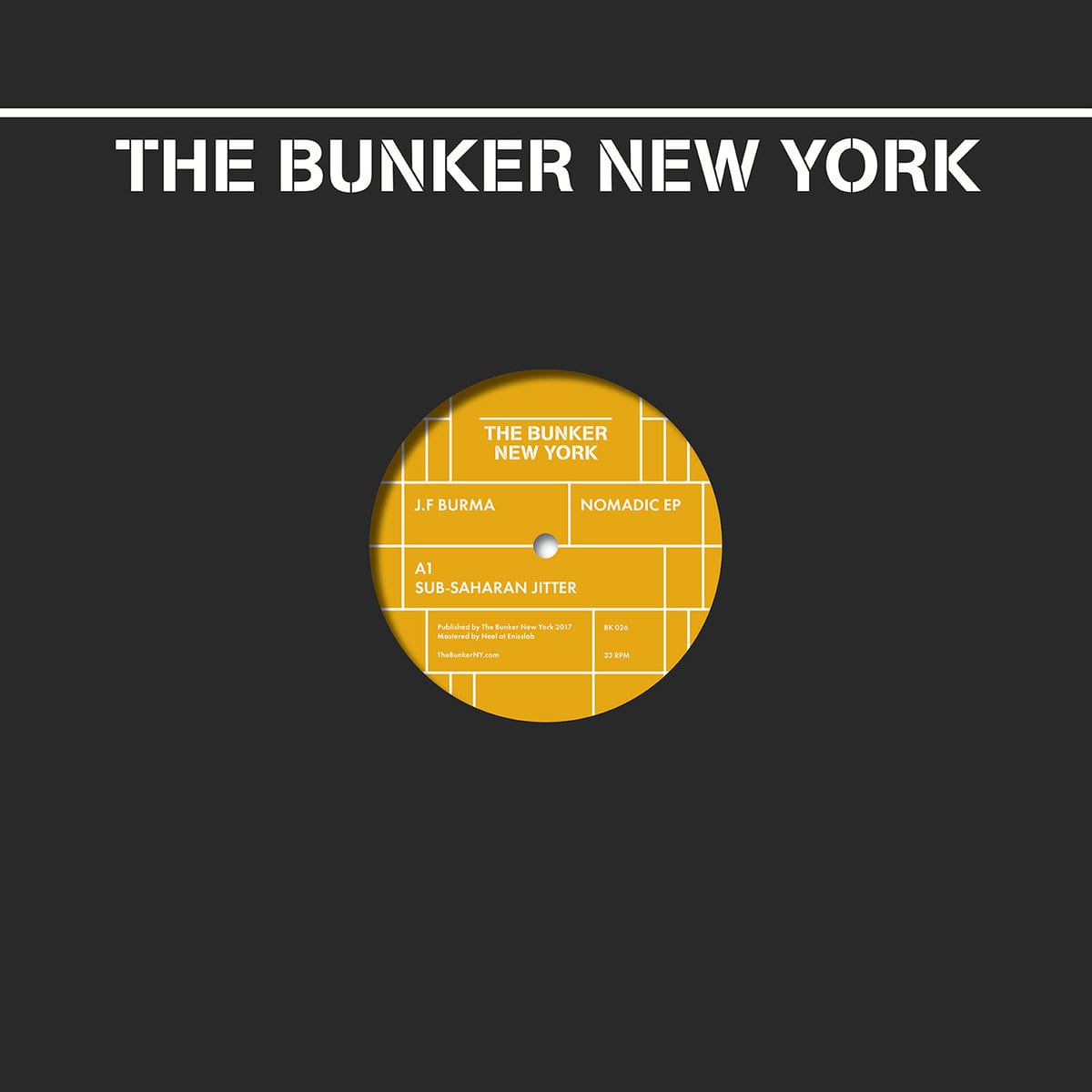 When it comes to New York techno institutions in the last decade-plus, The Bunker comes to mind immediately. An almost omniscient presence in the local community and beyond for almost 15 years now. With that experience and time, they’ve cultivated a sense of what sound is precious to their ears alone.

Bryan Kasenic founded the label side of The Bunker in 2014; and has been steadily putting out excellent releases from domestic and international acts alike. Ranging from local dignitaries such as Clay Wilson and Gunnar Haslam to previous international guests of the party – such as AtomTM and Donato Dozzy. The label is constantly evolving, entrenched in making its mark as a wide-ranged, experimental soundboard for unique artists to be heard — and the latest release from J.F. Burma does that in spades.

J.F. Burma is an analog synth project from the mind of Jeremy Berman, a longtime friend of The Bunker from the early 2000s. Berman began humbly, digging feverishly at the legendary Greenpoint record shop The Thing; finding diamonds hidden in the rough (as well as rat carcasses). One thing lead to another, and suddenly a record-buyer decided to make some records by making his own modular rig. After a record release in 2013 on Shaddock Records, Berman moved Los Angeles and became a father.

Between his daily grind and parenting, Berman found time to make fluid, live jams that became the record that’s out today, a three-track swirl of emotions that keep a pace that’s psychedelic with tact. From the nine-minute medulla-meter “Sub-Saharan Jitter” to the staunch and steady settling-down of “1000 Pines” – this EP demands your attention with its enchanting synth work. The best example of this is “Taiga“, the middle track that creeps up on you with its efficient use of stirring percussion and surreptitiously layered synth work.

These three tunes uniformly present a preview of someone we’ll be hearing a lot more of in the coming months. J.F. Burma is here to stay; presumably somewhere in your subconscious with all that synth wizardry.

Nomadic EP is out now, order a copy from Bandcamp.

Discover more about J.F. Burma and The Bunker New York on Inverted Audio.