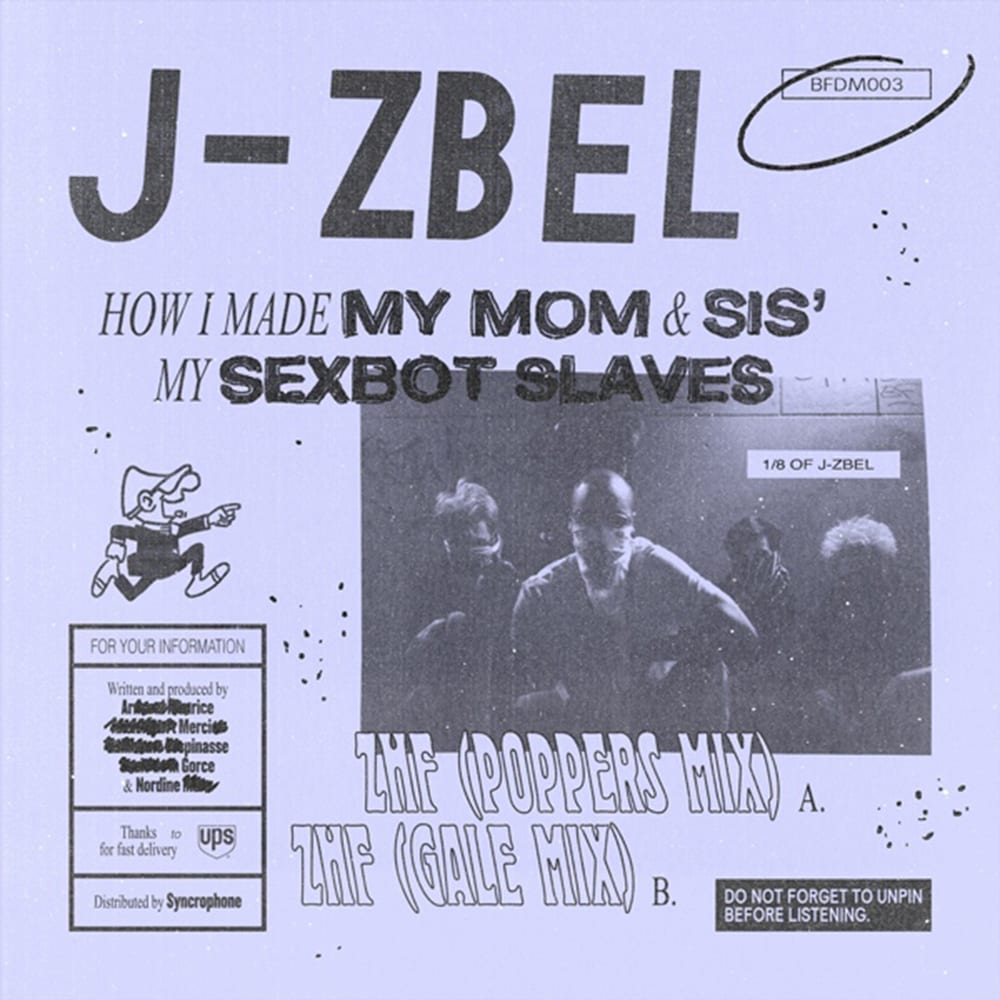 Once upon a time, there was a young label operating out of Lyon, France, and although they were Brothers From Different Mothers, their unity wasn’t to be disputed. Once again, like with every good fairytale, the story has to do with walking your way through the woods and possibly getting lost in it. But no bread crumbs or big bad wolf slaying here. Instead, the BFDM crew decided to stray from the path, pop some pills and throw a big, fat rave across the fields. And if we refer to the title, so much for the morals. Nothing’s sacred anymore… get your grandma locked in.

On side A, the Poppers mix – doing a good job of dilating, pun intended – unleashes a flock of pressurized dnb drum works and spinning synth loops that store up energy to propel from a grimy cesspit up to skyscraping heights in a jiffy. From the sonar-like bleeps and gut-melting kicks of the intro – dirty and murky as ever – the track takes off around the second minute to immerse you in an orgy of synthesized nostalgia. That progression remains deftly controlled and while it gains some giddy momentum, the succession of breaks bringing its untamed patterns forefront, the J-Zbel guys do negotiate the bend with admirable composure. Their intense, drama-charged pads breathe in the healthy dose of mood-shifting etherealness to sustain that Medusa’s look from cover to cover.

The flip side then picks up the torch and brings the pH back to the state of pure acidic eruption. Hard-hitting snares and high-boiling bass spurts merge to beat the angry pulse of a definitely restless night. While crazed bongos get a discreet treat, the tracks gives vent to a constantly amplifying surging of acid bass motifs and clink-y snares lash-out. In between these distorted lines eventually come a string of nasty drops to eradicate any rebellion… Another taste of J-Zbel’s insane strike abilities.

BFDM is one of these labels that will make everyone chill out when it comes to discussing the future of dance music. While some just keep laying it on thick with dust and hiss to dirt-up their tunes – ahh, the good old days! – some focus on the real business of crafting durable cuts without brushing past the caricature. No, these guys truly are the torchbearers of a generation raised on internet’s common knowledge and the vestiges of the VHS Cretaceous era in equal measure. Just don’t be late to the show, BFDM is not the future. It’s our present, and it’s damn exciting.

How I Made My Mom & Sis’ My Sexbot Slaves is out now on Brothers From Different Mothers, order a vinyl copy from Clone.

Discover more about J-Zbel and Brothers From Different Mothers on Inverted Audio.