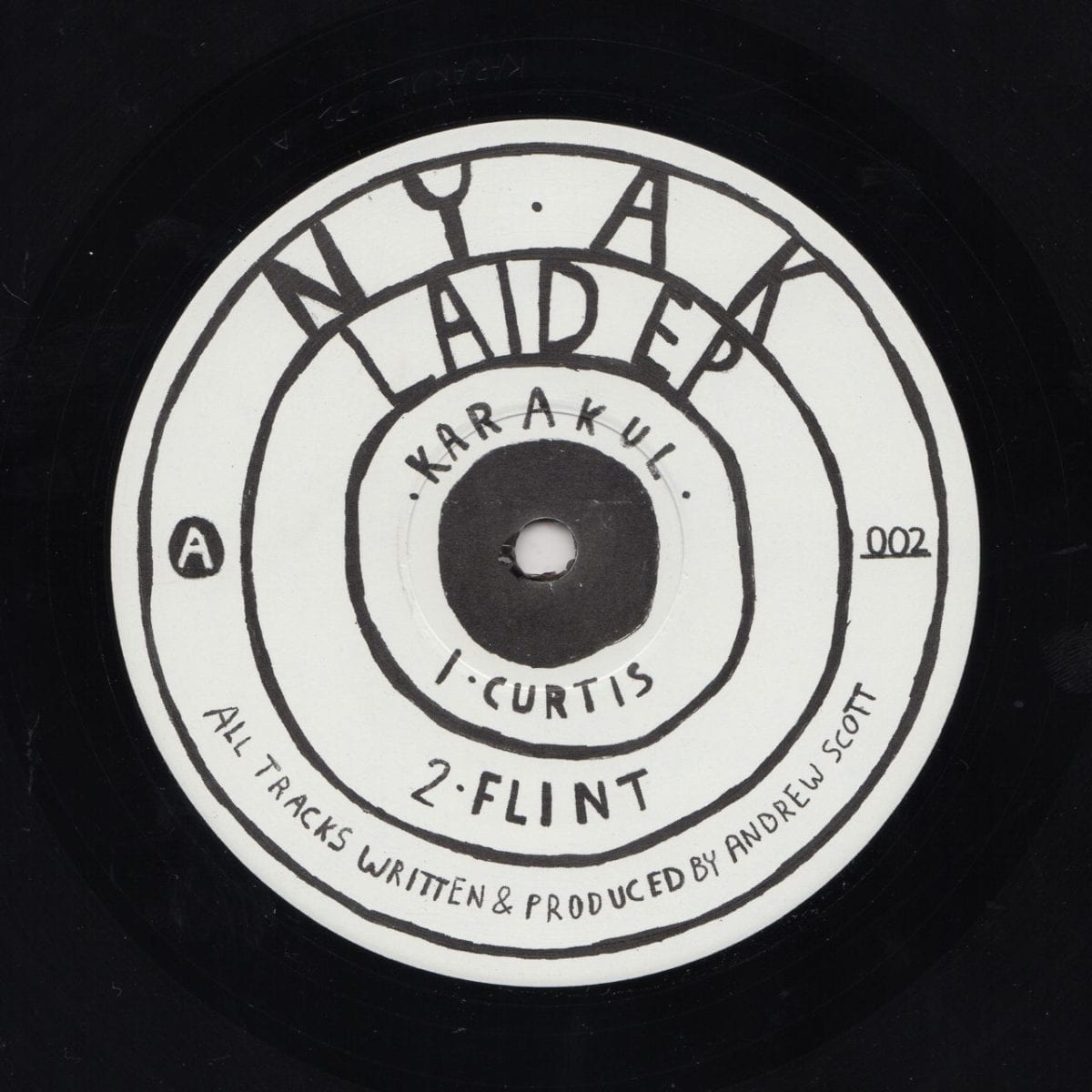 Late 2014, Phonica inaugurated a new branch amongst its now multiple label extensions with the creation of Karakul, an outlet specifically focusing on deep house cuts from around the world. Following Omar Santis’ christening release, the London shop and label’s offshoot reemerges this summer with a deeper than deep four-tracker, courtesy of Newcastle-based Andrew Scott aka NY*AK.

Scott has remained an unsung yet consistent representative of the house scene in the past five years. Striding across labels and stages with various fortunes, he still kept cementing a solid catalogue bursting with sample-laden tunes and old-school-tinted groovers. Neither groundbreaking nor much daring in its approach, NY*AK’s music flies the Chicagoan flag high and this new instalment doesn’t depart from such marked trails. Scott’s main concern seems to boil down to doing ‘simple‘ things but doing them good.

Curtis sets the motion in media res. From a chaplet of chopped-up soul samples and dusty guitar chords, Scott builds up a shaky but seriously infectious opener. Delving into hip-hop eurythmics, the track gives the impression of repetitively constructing and de-constructing itself with every bar. Over and over. The funky chorus and bassline make for an appealing bait but the track’s wonky structure alternates too many highs and lows to grant straight dancefloor functionality. Definitely one to serve up through the cooler stages of a set.

Then comes Flint, the true highlight of the EP. The intro shares some DNA with MCDE’s anthemic tune L.O.V.E., both in shape and substance. Stiff, sharpened hats lead a solid groove while an inexorably advancing bass breaker rushes through a crowd of speech-sampled vocals intoned in the most religious way. The atmosphere is moist, almost suffocating, and Scott definitely takes some perverse pleasure in bringing additional heat over the course of the track. Scorching.

For its part, the flip side serves up two strong support tracks. The first one, Laid, is an aptly-titled cut of loungy house material tinged with a caressing jazzy touch. While plaintive vocal fragments break through tempered drumming,  NY*AK weaves an intriguing skein of nostalgic strings, sun-drenched pads and subtle rim shots. Right before 1988 tops it off with a gospel-chanting female voice humming and soaring along softly sprinkled pads and an omnipresent string of distorted open hats.

With this four-track platter of finely calibrated house material that also counts as one of his most expressive releases, NY*AK steps up his game quite dramatically. Where his latest records lacked an extra glint of soulfulness, Laid definitely catches up with some improved density and depth. Draping itself into some luxurious layers and well chosen vocal samples, this captivating new effort shall deservedly shine a brighter light on the Geordie producer.

Laid EP is out now on Karakul, order a vinyl copy from Phonica.

Discover more about NY*AK and Karakul on Inverted Audio.