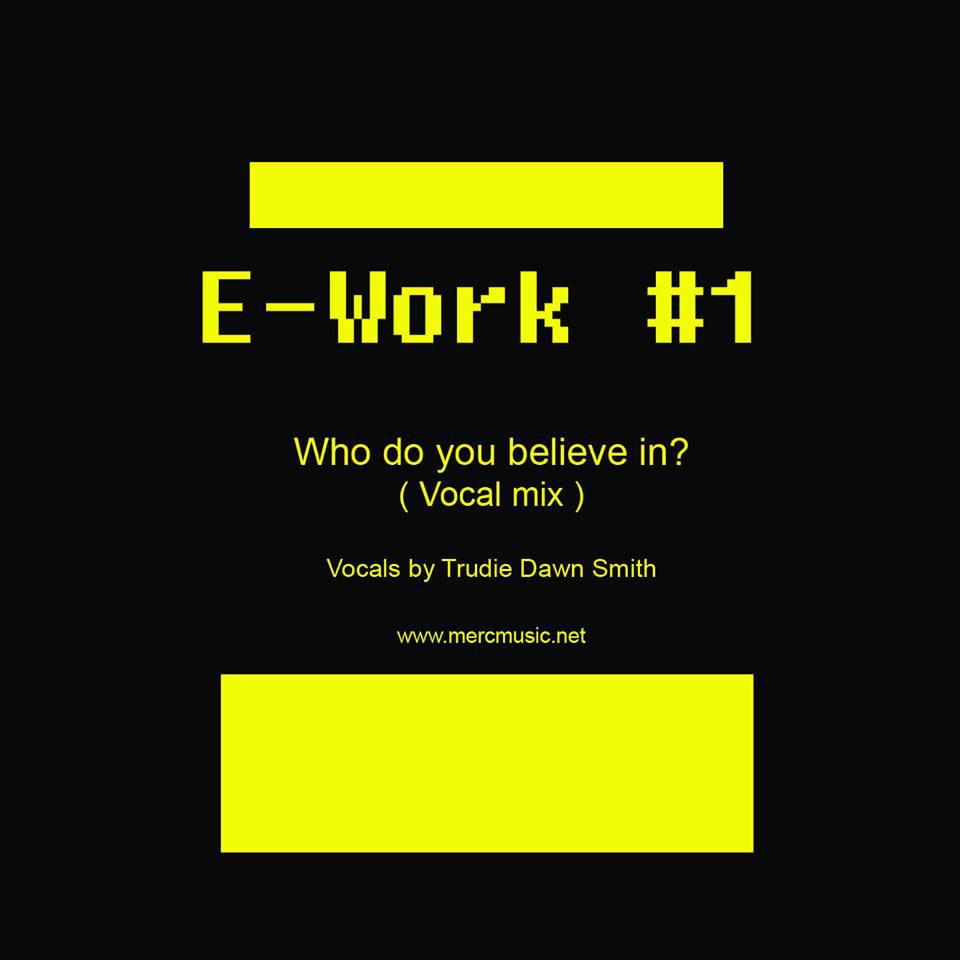 Everyone’s favourite edit machine, Mark E, has been cutting a fine vein of releases on his Merc imprint over the past year. As proof, try not end up sticking your chin out and shoulder swaying to the fantastic edit of “I’m Every Woman” that forms the backbone of “Kahn“, one of many awesome E-Versions edits that have recently been summarised in compilation CD format. However, with the guilty pleasure dancefloor abandon comprehensively covered, Mark has turned his attention to a new project – the E-Work series.

“Who Do You Believe In?” marks the first release under this new umbrella of works and heads in a decidedly low profile direction. It is a distinct sidestep from the glitter ball infused E-Versions into Chicago’s deeper dalliances with synths and kicks, evoking memories of emotive landmark pieces such as Jamie Principle’s “Your Love“. It is one of those deeply visual productions where you can close your eyes and visualise LEDs moving across an 808, the lick of a smile coming with the tangible shift in patterns.

With that ever present heartbeat of the Windy City comes skeletal ribcage to surround it and here it is made up of fragile melodic elements displaying the hallmarks born out of the tiny budgets of producers from back in the day, those standard bearers who pushed cut price machines out of mediocrity into the magical.

The flesh that galvanises the brittle skeleton comes in the form of the guest vocalist. Having just recently appeared on Steve Cobby’s new direction over on International Feel, Trudie Dawn Smith once again provides a restrained but powerful vocal presence, her smooth soulful tones weaving through musical elements that feel ready to burst into tears. The B-Side is treated to an instrumental cut in case you are totally averse to the sounds of a human voice but, in all honesty, you’re more than likely to head to the full fat experience.

E-Versions unsurprisingly hit the mark over the past twelve months, the signs are all there for the E-Work series to pick up the torch and push Merc to even greater heights.

E-Work#1 is out now on Merc, order a vinyl copy from their Phonica.

Discover more about Mark E and Merc on Inverted Audio.