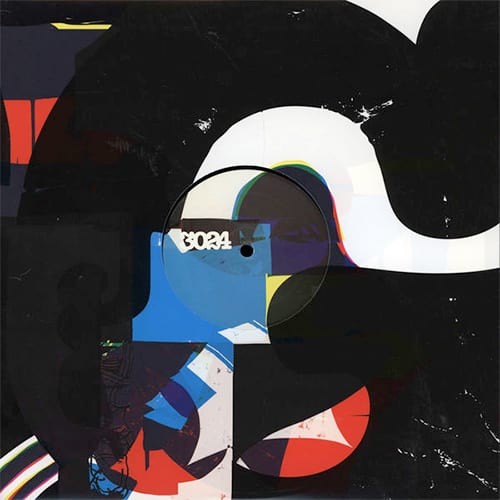 Coming out of 2011 as one of the most hotly-tipped breakthrough producers, Jacques Greene had big hopes to live up to this year. His bright, airy take on bass music in the likes of the Greene01 EP and dancefloor anthem Another Girl were pure sugar to the ears of dance fans saturated with gritty Techno and over-wobbly Brostep, but in 2012 we’ve been forced to ask if he’d remain relevant as a producer. His first release of the year, the Concealer EP on his very own Vase label, was a minor disappointment, merely showing more of the same, and I have to admit I was starting to lose faith in the young Canadian. Luckily for us, Greene has really changed up his game for the searing Ready EP on Martyn’s 3024 label, and the result is superb.

Fitting the generally darker output on 3024, on Ready Greene has traded in a lot of his RnB stylings for Techno referencing House music, and he makes the transition perfectly. The best elements of Greene’s former sounds are retained but re-invigorated to suit the new style; in the title track the skipping 2step beats have been traded in for a hard House bounce, and the edge of distortion adds some much-needed grit to the sound. Ready is monstrous and current, with racing synthwork that flatten Greene’s trademark synth arpeggios into bristling static while the dreamy female vocals are cast into a ghostly monochrome. It’s the perfect trade-off; the style is still Greene’s own but the adaptation to a darker House sound is completely fluid, resulting in a track that pulses with energy while retaining a few calm moments, and it promises to be huge on the dancefloor.

Second cut Prism is another killer, with brighter synthwork that sounds more alarm than song, and that same pent-up tension very close to the smooth surface. Pitchbent synths and acid 303 flourishes ride over a bassline that bursts forth around the 1.30 mark to show its full potential, while myriad percussive and atmospheric details create a living, breathing sound that displays a richness and warmth that has always been vital to Greene’s output, setting him apart from producers who prefer soundfields that are more spare (compare Ready to Joy O and Boddika’s recent Mercy to hear two sides of the same coin). The no-nonsense second drop of Prism is especially notable, as the track explodes with phenomenal power, bringing forth a constantly shifting soundfield. Third cut Dakou is just as necessary as the first cuts despite being a digital exclusive, referencing Greene’s earlier work much more clearly. Here iridescent synth arpeggios and a skipping 2step beat meet pacing snares and floaty vocals but it still all feels darker, punchier and more vital than Greene’s previous fare.

Jacques Greene has always had an edge over other producers by showing a talent at creating hard-hitting dance music tense enough to work wonders on the dancefloor while adding enough sonic detail and mutable structure to make his tracks a great experience for headphones too. Ready is no different, these are longer tracks but eminently listenable thanks to the deep atmospheres, unbridled energy and richness of sound. The Ready EP is an utter success for Greene; exquisite and perfectly structured, catchy yet tasteful, and a model release that should show others how to change up style while making music that remains relevant, emotive, and more powerful than ever.