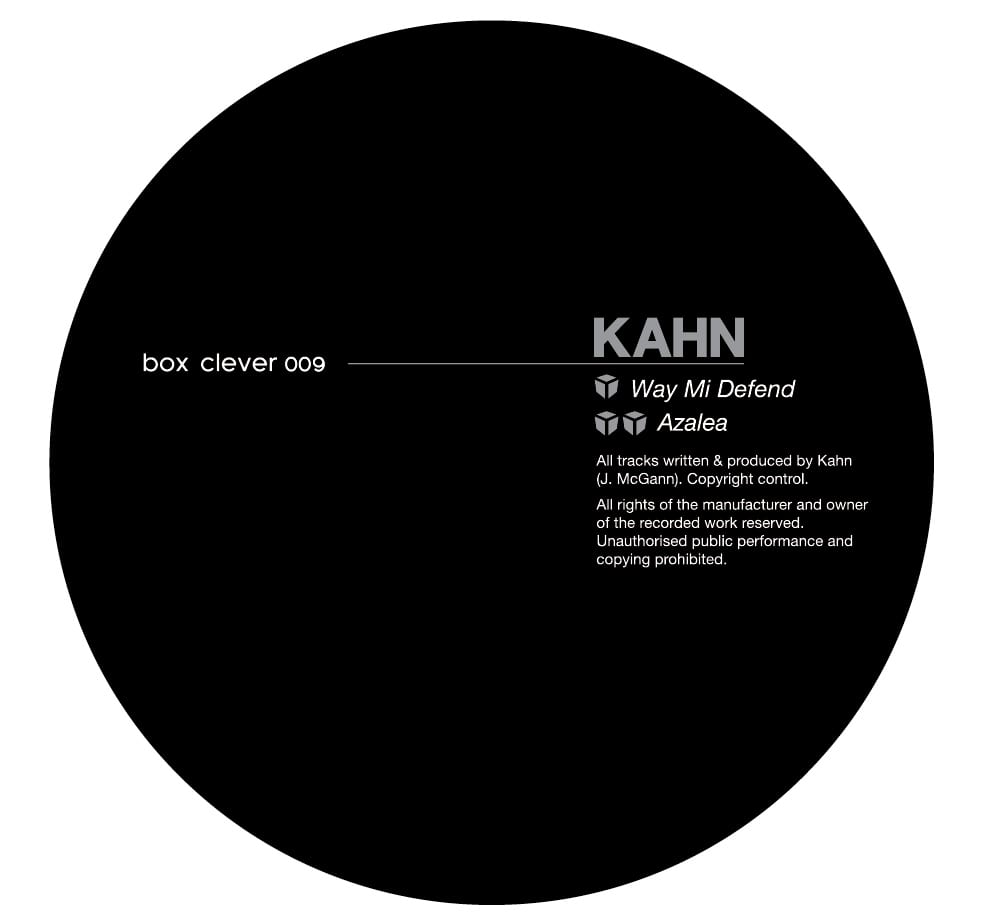 In the past year, few producers (save for fellow Bristolian, Arkist) have caused as much of a stir within the wider dubstep community as Kahn (AKA Joe McGann). His barnstorming debut 12″ for Punch Drunk, ‘Helter Skelter’/’Like We Used To‘, offered a grimey wash of yellow and purple that proved there was still life yet in the renaissance of garage.

Kahn’s kept on the down low ever since – leaving many eagerly awaiting his next move. His highly anticipated return to wax, ‘Azalea’/’Way Mi Defend’, displays the utility and growth of a highly-imaginative producer well beyond his years. It bandies away with the colour of his earlier productions, and implores a much darker, sombre vibe. Thereon, it’s a logical conclusion that these tunes fit perfectly on a label like Box Clever, an imprint that’s rapidly made a name for itself  by facilitating the rise of upstart producers truly on a next thing.

Dripping with roots and nods to the forefathers of the sound, ‘Way Mi Defend’ is a heavyweight riddim. Pulsating through a similar rolling conga to ‘The Boxer’, it shuffles heavily on a Mystikz hi-hat ting, before burning through bit-crushed tremors and a flaming bassline. It’s an authentic tribute to both the cleaner aspects of Mala and the complex tribal progressions of Pinch. Here, Kahn has essentially taken his signature 4 X 4 bounce and rendered it with a very different palette. The results are superb, and this daring experiment delivers his strongest production to date.

‘Azalea’ sees Kahn traverse through a haunting exploration of space and texture. As French whispers linger above, lowly-slung rimshots slam like temple doors and hats bristle a midst wailing strings. A legion of kick drums eventually explode beneath, as the paranoia of it all comes to a racing climax. Azalea’ has a deft cinematic quality to it, and demonstrates that even beyond the club context, Kahn can excel.

‘Azalea’/’Way Mi Defend’ is undoubtedly the best release of Box Clever’s short life thus far. There’s real a sense of majesty about it that shows Kahn is capable wherever he chooses to apply himself; regardless of the medium he confronts. His duality as a producer is evidently on show for all to see. This is a very special release indeed – bag it while you can.