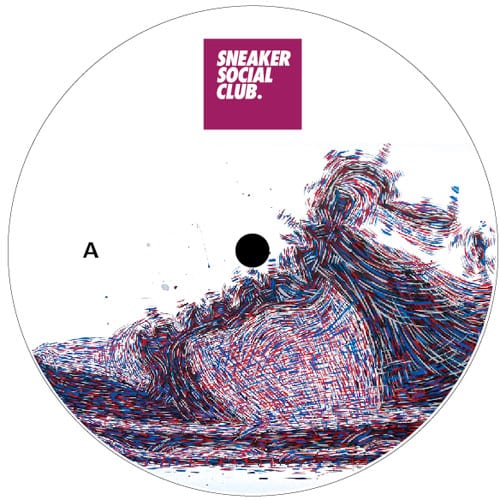 Aside from Paul Kalkbrenner’s Icke Wieder and Cosmin TRG’s Simulat, techno has been in a state of quiet flux this year. A mark of this could be Kompakt’s recently released Total 12, an annual collection of their label’s best of, that for the first time since the fifth addition in 2003, has arrived with only one disc. Be that as it may, it hasn’t prevented the inception of Sneaker Social Club, a new techno label run by Jamie Russell, the man behind Hypercolour and Glass Table. Quoted as being particularly inspired by the bass scene in Bristol and the rave scene of the nineties, Russell has taken steps to place himself in amongst the musical revolution that is restlessly occurring across the UK.

Rising producer Ross Tones a.k.a Throwing Snow has been granted the task of flag bearer for the label’s debut release, ‘Shadower/Sanctum’. Given the current unpredictable landscape of electronic music, one may be forgiven for expecting this twelve inch to be a tentative toe-poke into the lake of twenty first century techno. Instead what we have from the man who has recently been asked to remix Eskmo and The Count & Sinden, is an amalgamation of blissful minimal techno with a tempo that hints at Russell’s fascination with the hardcore music of the nineties.

‘Shadower’, recently included on a podcast for Resident Advisor by Claude VonStroke, begins as a techno track with ethereal chimes and drum notes that recall the organic beauty of Pantha du Prince’s magnum opus Black Noise, before developing into a balanced, melodically complex track with a throbbing bass line that imbues the layered production with a rising sense of raving ecstasy. The video that accompanies the track is a time capsule that displays a visual homage to the bygone hardcore era, grounding the label in an aesthetic relevance with its bright colours and gristly textures.

It is followed closely by AA side ‘Sanctum’, and an auspiciously measured beginning with atmospherics that hark back to Detroit and recent Hot Flush releases. No sooner has this settled, raw analogue stabs herald an innovative percussive line that provoke surging crescendos and colourful melodic flashes which create a track that is equally patient and plaintive as it is beguiling and beautiful. With future releases to come from T. Williams, Al Tourettes and Maya Jane Coles (as Nocturnal Sunshine), the future is looking bright for Sneaker Social Club and UK bass music.