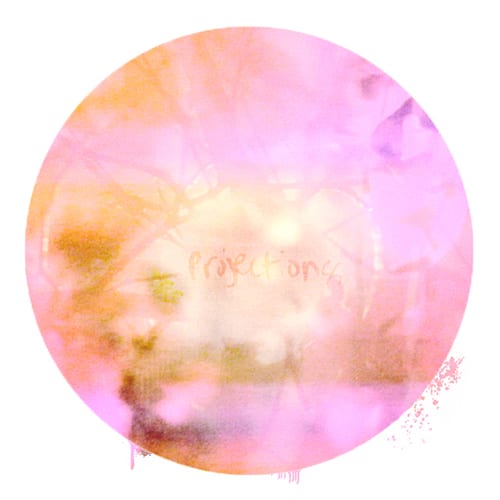 Projectionss is an EP set against a backdrop of fluttering birds and flowing streams, the second outing for  beat-maker Kwala, after his tape ‘Dimensional Hymns’. Released through FreeForm Records, an immediate comparison can be made to Belgian producer Sun Glitters in its aesthetic. Both provide increasingly dream like states through their music, but whereas Sun Glitters opts for a more upfront, organic sound, Kwala harnesses an increasingly light and feathery appeal. It’s a testament to the producer that his EP stands up and is counted for in the face of the sheer amount of music that attaches itself to the monikers of ‘beats’ or ‘post-dubstep’.

Projectionss is heavy on the ambience and soaked in reverb. Percussion does follow a strict pattern but Kwala’s skill is such that it comes across as distant and scattered. In tracks such as ‘Aquarius Sound Co.’ his sound feels almost withdrawn, new aspects shimmying their way through the back door rather than imposing themselves.

The kaleidoscopic nature of the EP is reinforced by the appropriate choice of titles. ‘Listening To A Flut In A Yell ow Crane Pavillion’ provides one of the more blissful moments; a beatless, ascending rendition that captures the aesthetic of Projectionss perfectly. ‘Parah Salin’ closes proceedings on a more playful note. There’s a much stronger base to build upon, the percussion chopping and changing in line with the pitch-shifted vocal cuts.

At less than 15 minutes, there’s absolutely no commitment with Projectionss. It’s an engaging and thoughtful set of tracks. Considering it’s free, there’s no reason for you not to dive straight in, as it provides the perfect springboard for his full-length LP release in 2012.