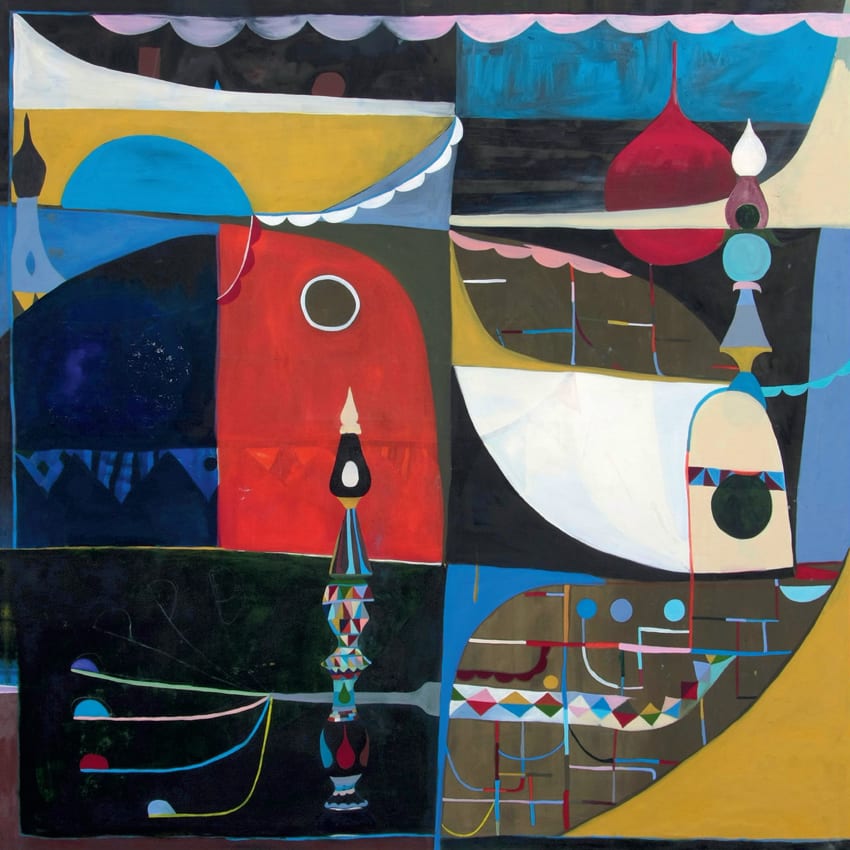 Peter Kersten, better known as Lawrence, returns to Dial, the Hamburg-based label he co-founded with Carsten Jost aka David Lieske, for his sixth studio album ‘Films & Windows‘, following a string of releases for the likes of Mule Musiq and Pampa Records. Although it’s his first album for the imprint in several years, as you might imagine from the title of the record and given Kersten’s reputation for his melodic and somewhat melancholy take on the deep house sound, it is something of a widescreen opus – certainly not a stylistic departure, but very much indicative of a producer completely comfortable with his niche.

‘The Opening Scene‘ does what it says on the tin – a brief sci-fi ambience suggestive of a range geometric shapes, before we get down to the meat and bones. ‘Marlen‘ continues the outer space vibe with a host of otherworldly pads and effects, most notably featuring a keening theremin-inspired synth. As with so much of this artists work, the feeling it imparts is of a grand vista, multi-textural and subtly hued. ‘In Patagonia‘ introduces an almost christmassy percussion which provides a solid funk whilst deep chords reverberate over a sparse three-note acid baseline.

In stark contrast to the favoured straight 4/4 approach of many of Lawrence’s drum patterns, the title track rocks a Miami electro vibe on the down low, not exactly booty bass but rather a spartan funk. The familiar simplicity of the rhythm is countered by a complex and plaintive melodic arpeggio that gives way to progressively jazzier chords. ‘Etoile Du Midi‘ is one of the highlights, a set of non-linear melodic developments and rhythmic flourishes that call to mind the likes of Autechre or Ukkonen, all the while anchored by another simple beat. ‘Lucifer‘ is a straighter set of ideas that would be more at home in a club, but cut from the same cloth – that abstract fragility which has come to be Lawrence’s calling card.

‘Kurama‘, previously released on a 12″ on Pampa Records is bare bones stuff, introduced by a lo-fi sample of a Japanese train-boarding announcement. It’s clear that Lawrence has been influenced by travels to that nation on this track, as an instrument sounding similar to the Koto makes a brief appearance late on before closing like a childs’ music box.

‘Angels At Night‘ is more akin to the classic Detroit techno sound or early B12, though with a more refined and crisp production aesthetic. The mood of this track is clinically communicated to the listener, deeply immersive and probably the most engaging moment on the album. ‘Har Sinai‘ revisits some of the themes of the title track but with more urgency to the snare pattern and a more insistent funk to the baseline. ‘Creator Final Cut‘ is a slightly shuffling teutonic rhythm paired by a circular melody, before ‘Teenage Barb‘ closes proceedings with a resampled ambient piano motif taken from a track of the same title that Lawrence himself had previously released on Mule Musiq.

Clocking in at over an hour, ‘Films & Windows‘ is a highly engaging record that rewards repeated listens but does require an ear receptive to a certain mood. It would be a mistake to fail to pay full attention as to do so may result in jumping to a conclusion that the music here is somewhat flimsy. It is frail, but with an unquestionable beauty, like a snowflake under a microscope. Similarly, the simplicity of the rhythmic work on offer could lead to an accusation that Lawrence is lacking adventure in this area, but to overcomplicate that area of his music would be an unwelcome distraction from the overall picture – akin to making a 3D version of a 50’s film noir classic. A simple message doesn’t require a host of bells and whistles to be effective, and Lawrence is perhaps one of the greatest advocators of understatement to be found in the field today.