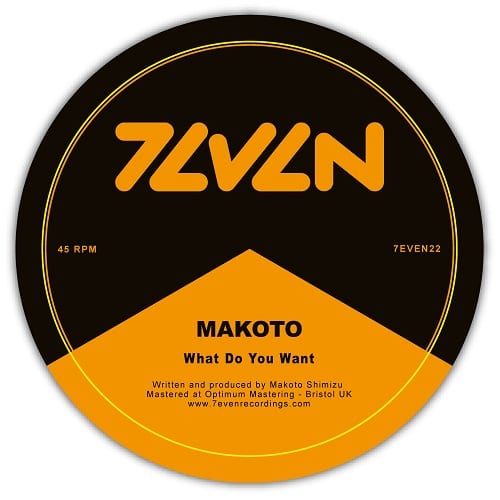 Based in France and run by DJ and promoter Greg G, 7even Recordings has been pushing some of the more abstract and interesting permutations to come from dub, techno and dubstep spheres. Established in 2008, its slowly growing roster of artists have had a strong output since its conception and in times when record companies are folding every week, 7even still provides listeners with a unique sound experience.

There is a ‘sound’ to the label and its producers, which include Helixir, F, Likhan, Ena, Joaan and Makoto, however it cannot be fully defined, an amalgamation of cavernous Techno, dubbed out atmospherics and rhythmical drums. Japan’s ‘Makoto’ is by no means a newcomer to electronic music, releasing a slew of Drum & Bass tracks over the past 8 years, a majority of which were signed to LTJ Bukem’s ‘Good Looking Records’.

It’s a producers prerogative to keep stimulating creative energy, so by working at slower tempo’s is a refreshing change of direction, with plaudable results. ‘What Do You Want’ carefully builds around a salacious female hook, while pads calmly invite a warming bass line. This is a genuinely pleasurable, euphoric production, that wistfully alludes one’s imagination. ‘Different Rythmn’ breaks out the dance hall syncopation and amen breaks to provide a heavily rolling blend of beats and bass. Prolonged synth pads and the occasional fluttering arpeggio are all that’s required to keep this stripped back track together. Uncompromising and skilfully crafted, Makoto will hopefully continue exploring these sounds, textures and tempo’s.