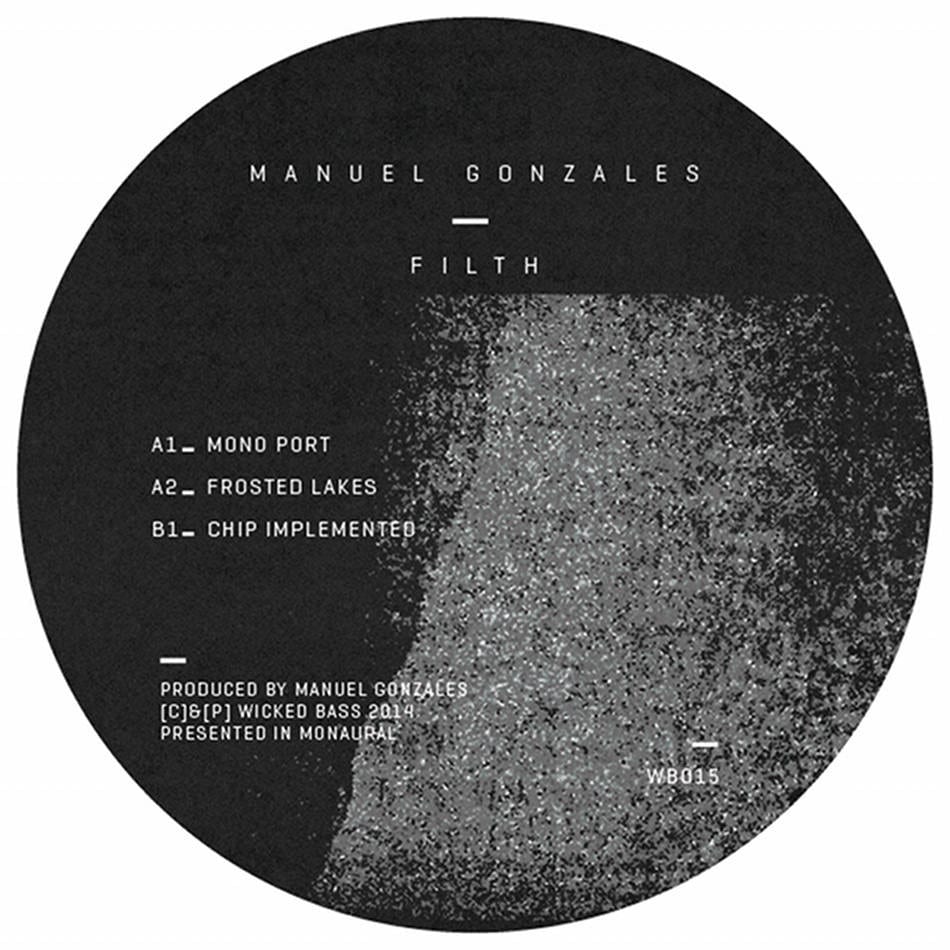 In the space of two years, Detroit producer Manuel Gonzales alias MGUN has been providing us with some of the most distorted techno beats, outlining fresh new contours to the genre without ever harping on the same motifs. With every record developing a different and worthwhile new approach of the Motor City’s sonic genetics, the man is now back on Ukrainian imprint Wicked Bass with a three tracker that keeps things in perpetual motion. Vanguard and dauntless, it never gets stale.

Gonzales looks like the perfect underdog. The type of guy who won’t compose summer anthems but will definitely bring you to re-consider the whole direction techno is taking these days, casually redefining its boundaries. And let’s be honest, this is what we’ll truly recall in a few years, no matter what a few skeptic tastemakers of today will end up hailing to. This position most certainly allows him to explore the genre in all its depth and elementally sensual ruggedness. Because Gonzales’ sound is all about versatility, high and lows, and while release after release he kept switching from the breaks of ‘The Race’ off The Near Future to the hallucinated groove of ‘Blunt Run‘ and tranquil escapade of ‘Harmnear‘ it always tickled your curiosity to imagine where he would take that to, next. Here’s the first stop.

Baked in a greasy cascade of distortions and static-filled ambiences, straight in the wake of his previous releases but finely digressive as well, this Filth EP couldn’t be more aptly titled. On ‘Mono Port’, Gonzales unfolds a wild and psychedelic meta-impression of multi-layered soundscapes that sounds like a space opera’s soundtrack bugging through an old VCR – yes it’s a compliment, here. For its part, ‘Frosted Lakes‘ delivers a twisted amalgam of punchy kicks and flangered bass lines that sounds like stretching both space and cadency before warping into abrasive synth bubblings. On the flip side, the stomping ‘Chip Implemented‘ definitely unburies the techno hatchet with industrial force while bloops and bleeps mirror afar and drop the alarm signal over an obsessive roll of hats. You’re warned, its savage snares and implacable groove won’t make any prisoner. A ride of the Valkyries XXIst century style.

Gonzales carves his tracks like a sculptor draws in space with clay. Patiently modeling his pieces, he keeps fiddling with his machines in raw takes, indifferent to the hype and only captivated by utterly requisite elements to tear them in their insubstantial flesh. It’s a straight return ticket to the roots of techno. When it wasn’t just about the attitude and public stance of a bunch of human scarecrows in those ‘place to be’ parties but rather the energy of a whole city radiating across the world. That same energy which would eventually bring this quintessential, primal beat to power. Plain and simple. As with every MGUN release to date, blind buy – full support.