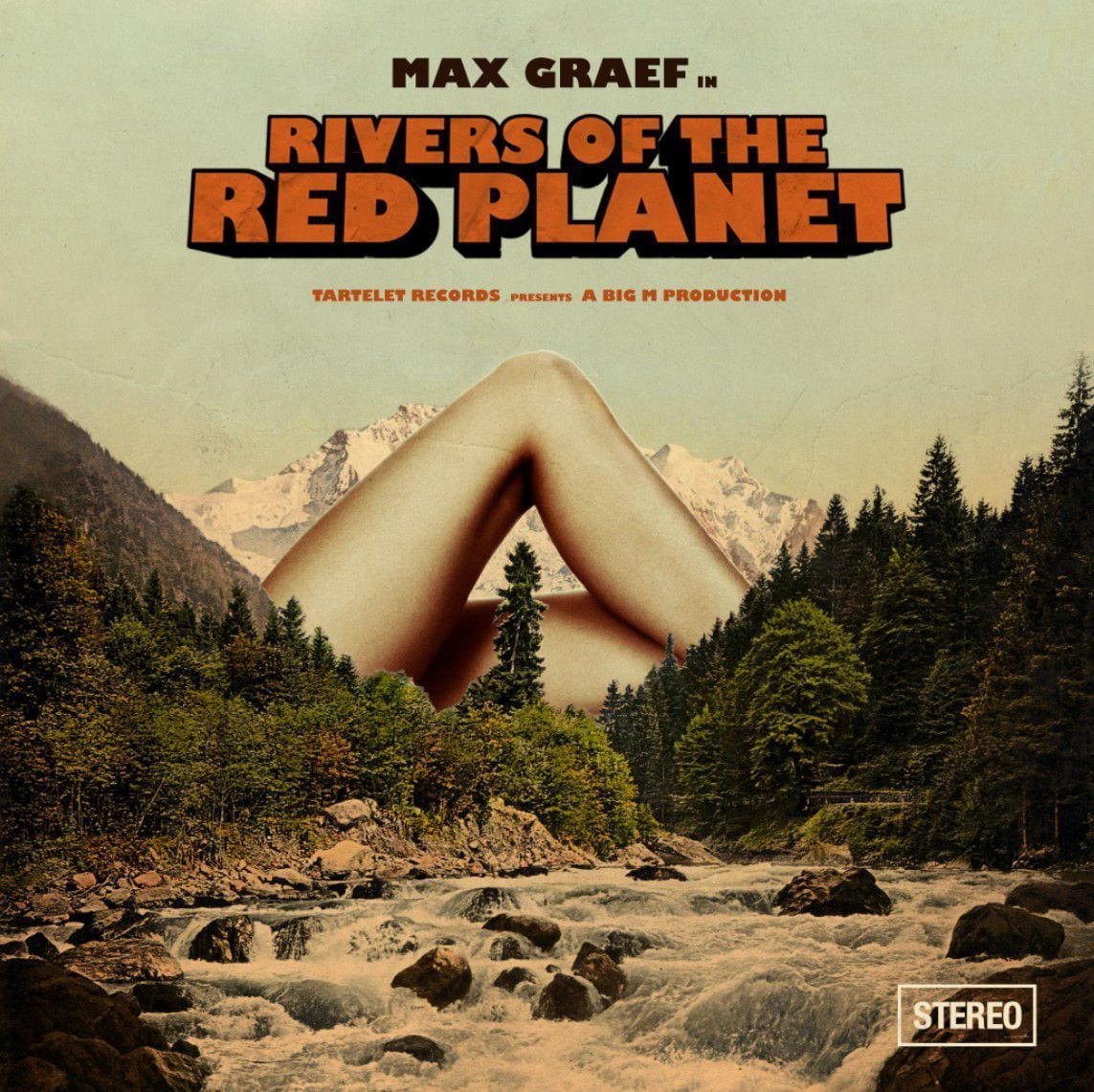 Go on. Try me. That’s pretty much what that cover shouts, don’t you think? It’s the kind of sleeve you might land upon whilst crate digging and immediately whip out of the pile – almost a purchase on sight alone regardless of the music within.

Previous Graef releases on Melbourne Deepcast, Heist and his own Box Aus Holz imprint have sat firmly in a gloriously wonky deep house camp. Yet this, his debut long player on Tartelet, marks a compelling odyssey of dusty lounge delights taking in hip hop, soul, jazz, funk, psychedelia, a touch of good old fashioned 4/4 and lashings of tongue in cheek sample-delic humour.

‘Rivers of the Red Planet’ is more of a headz home listen than a dance floor excursion and despite the multitude of sonic influences, remains cohesive throughout. The 55 minute playing time inhabits smoky jazzy rooms laced with Rhodes, vintage synths, spaced out effects and head nodding breaks – all suffused with a healthy layer of vinyl crackle and the hiss of analogue gear.

Berlin based Graef set out to make ‘anything but another contemporary house album’ – the soulful ‘Running’, featuring Nigerian vocalist Wayne Snow, and laid back hip hop shuffle of ‘Ohne Erdung’ are, indeed, about as far removed from house as you can get. Conversely, ‘Tamboule Fudgemunk’ bangs out a thudding kick against warm synth meanderings. A wacky mid track sample segues things into deep space explorations of LFO abuse, adding an aesthetic of humour to the house.

‘Drums of Death’ reeks like a cosmic funk soundtrack to a ‘70s film about New York pimps. ‘Vino Rosetto’ is the killer dance floor shaker they’ll be grooving to of an evening whilst ‘Buchsenoffner’, albeit named after that most innocuous of instruments (it’s German for can opener), delivers an equally pimping accompaniment to their swaggering in faded Technicolor down obscure back streets, knee length leather coats flapping in the summer breeze.

Rivers of the Red Planet is a genius future-retro mixture of Mo Wax era Krush, DJ Shadow, hints of St Germain style jazz house and the genre crossing work of Metro Area and Nu Yorican Soul – all strung together with a 1970s psychedelic bent, oddball synth work plus live instrumentation and percussion, much of it played by Graef himself.

On paper it might sound like a bit of mixed bag for sure – but it’s delivered with such an assured confidence you’d forget Graef is barely in his twenties. Crank this up on a sunny day for maximum good times and a guaranteed smile.