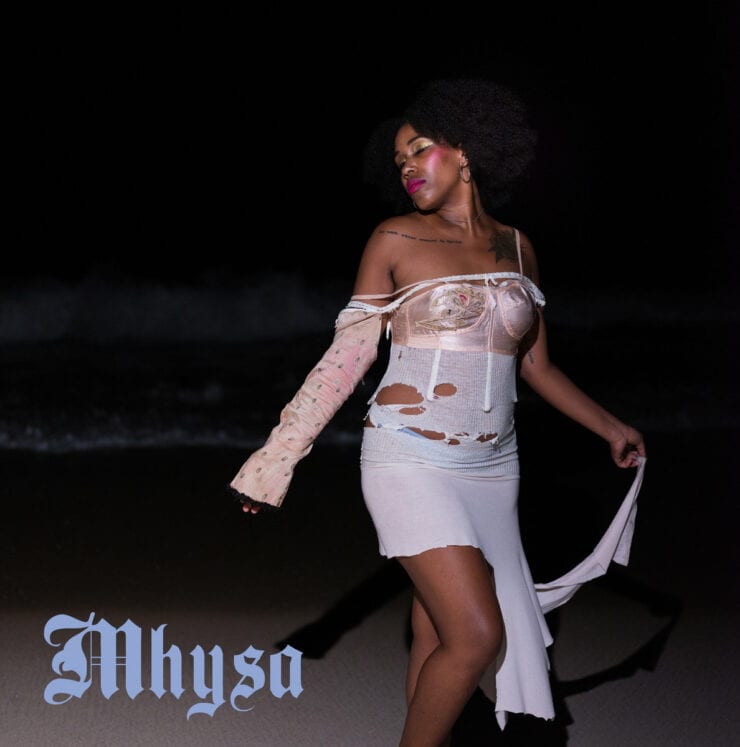 MHYSA is the starkly vivid trope of E. Jane (they/them), who uses their music to explore visible and invisible limits and vulnerabilities from ‘the black femme experience’. Delivering a personal drop of R&B, MHYSA full-length NEVAEH is the latest addition to the ever-growing off-kilter machine of Hyperdub.

Another testament to the sheer power of that phantasmagoria of trapped iPhone voice-notes and scattered soundbites, MHYSA’s sound could be seen as a continuation of certain artists on Hyperdub who explore the spaces in-between amongst the power of static silence, with a social commentary at the core. A self-proclaimed “queer black diva and underground pop star for the cyber resistance,”, their music is a conceptual foreground with which to explore and heal.

The eerie acapella floats ghostly along amongst scattered references to black pop culture; the opener is a read poem by Lucille Clifton “Won’t you celebrate with me?”, a purveyor of the African American experience, and perfectly defines MHYSA’s call for liberation whilst using the medium of poetry and song to heal and expose vulnerability.

Each track is either stripped to its skeletal forms or glossy with an R&B sentiment; from eerie acapella covers of Nas’ ‘If I Ruled The World’ and ‘When The Saints’, to the playful chaos of ‘Float’, which makes use of minor-key synth-work to evoke those moments floating in-between.

Heavy distortion and bass on ‘before the world ends’, alongside MHYSA’s story-telling lyricism speaks to a club-defined sound, whereas tracks ‘w/me’ and ‘brand-nu’ are distinctly throw-back R&B pieces, employing stark beats and twinkling chimes. More than anything, dipping into this experimentation brings about untapped feelings and experiences that could otherwise be difficult to express, which is what makes MHYSA’s production so enchanting.

‘NEVAEH’ is out now on Hyperdub. Order a copy from Bandcamp.

Discover more about MHYSA and Hyperdub on Inverted Audio